Jeff Jackson Continues To Bring on the Weird | Beaufort County Now | North Carolina state Senator Jeff Jackson, aka Cal Jr., is working his way across the state as part of his “100-Day, 100 County” tour

Jeff Jackson Continues To Bring on the Weird

Washington, D.C.     North Carolina state Senator Jeff Jackson, aka Cal Jr., is working his way across the state as part of his "100-Day, 100 County" tour, and unintentionally producing wild content that will last long beyond this run for the U.S. Senate.

On Friday, in King, NC, Jackson brushed off the advice of his advisors, and returned to his favorite obsession: the NRSC! Once again, calling out the well-behaved young man in the audience, Jackson turned to face the camera and yell "Bring it! Bring it!" to which, we'd like to reply: Sir, this is a Wendy's... the camera can't hurt you.

Of course, Jackson's real target is his Democrat opponents, Cheri Beasley and Erica Smith, who Jackson has criticized for refusing to do public events.

Earlier in the week, Jackson sent out an email about his support for marijuana, although it appears it may be causing him to suffer from a bit of paranoia as his next email suggested. First, came this graphic which appears to be straight out of a meme generator: 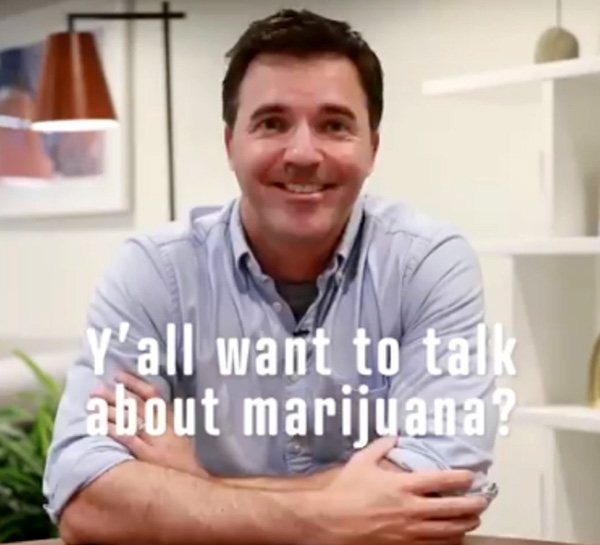 Then the marijuana paranoia set in... 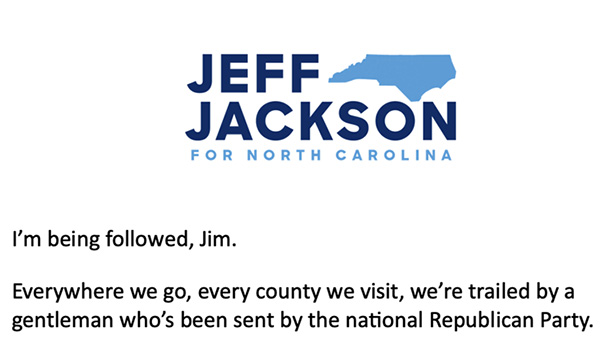 We hope Senator Jackson was able to get snacks and rest up a bit this weekend after quite the week!
Go Back