Key Figure in 2018 Election Controversy Pleads Guilty to Federal Charges | Beaufort County Now | The man once described by Carolina Journal as “the alleged mastermind of an election fraud scheme in the 9th Congressional District” has pleaded guilty to federal charges related to his 2018 election work. 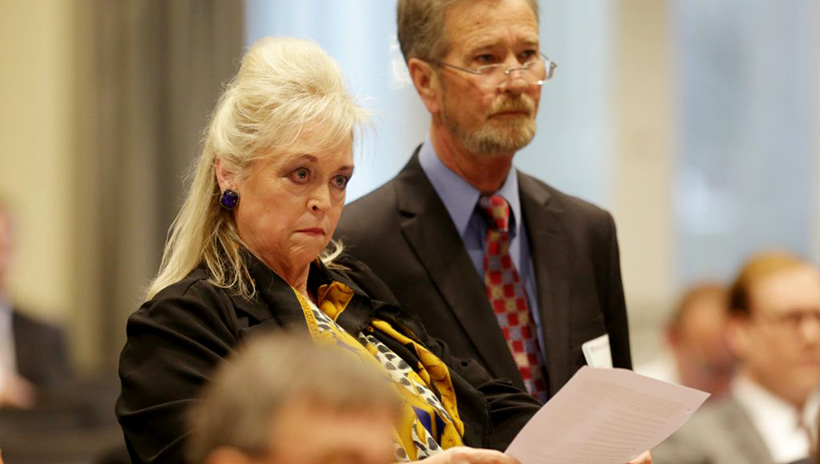 The man once described by Carolina Journal as "the alleged mastermind of an election fraud scheme in the 9th Congressional District" has pleaded guilty to federal charges related to his 2018 election work.

Leslie McCrae Dowless, 65, pleaded guilty Monday to charges of theft of government property and Social Security fraud, according to a news release from the U.S. attorney's office. Dowless entered his plea minutes before jury selection was scheduled to start for a trial in a Greenville federal court.

The charges carry a maximum penalty of 15 years in prison. Dowless faces a sentencing hearing on August 23.

Dowless "defrauded the Social Security Administration by concealing his work and income while receiving monthly benefits payments," according to the news release. When Dowless applied for federal benefits in 2013, he "claimed that he was unable to work due to a disability." After receiving disability benefits, Dowless applied in 2018 for new retirement benefits.

"In his application, ... Dowless stated that he did not expect to work in 2018 and had not worked in the two years preceding his application," according to the news release.

"Unbeknownst to the Social Security Administration, Dowless worked as a consultant for at least two political campaigns during the 2018 Midterm Elections," the release continued. "From March 2017 to November 2018, Dowless received at least 59 checks totaling $135,365.57 for consulting work. Dowless failed to report his work and income to the Social Security Administration."

With the guilty plea, federal prosecutors dropped two other charges against Dowless.

Carolina Journal recounted Dowless's role in the 2018 congressional election scandal when reporting on his arrest in February 2019. At that time, Dowless faced indictment on state charges connected to his election work.

"Dowless is the alleged mastermind behind an absentee-by-mail voting fraud ring in Bladen and Robeson counties during the 2016 and 2018 election cycles," CJ reported.

"The [state] indictments said Dowless directed people under him to commit crimes and encouraged them to give false statements to investigators. His co-conspirators also engaged in a variety of unlawful acts, the indictments said."

"Dowless was a key political operative hired by the Rev. Mark Harris, a Republican, to help get out the vote in his 2018 congressional run," CJ reported.

"Harris unofficially won the Nov. 6 election by 905 votes over Democrat Dan McCready, but the State Board of Elections refused to certify the race due to widespread election irregularities."