Mask Decision Would Be Left To Local School Systems | Beaufort County Now | We do not consent to giving you this power over us," Jackson Willis, eighth-grader from Union County, N.C.

Mask Decision Would Be Left To Local School Systems

Published: Saturday, July 3rd, 2021 @ 7:31 am
By: Carolina Journal   ( More Entries )
Publisher's Note: This post appears here courtesy of the Carolina Journal. The author of this post is CJ Staff. 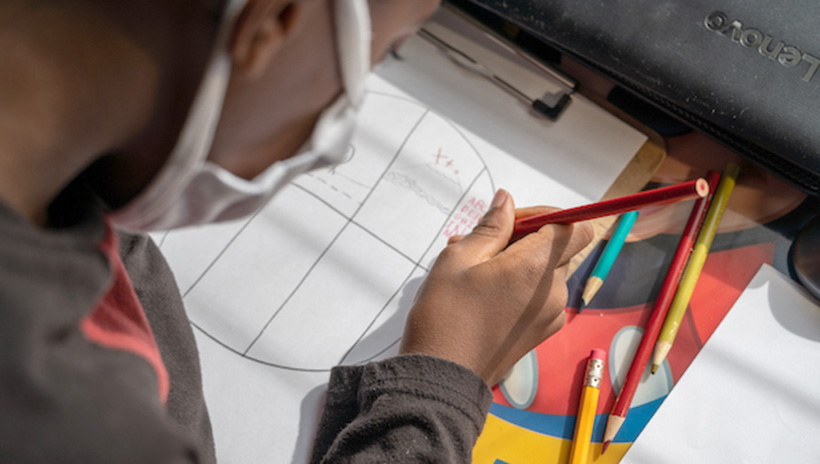 Once an involved student excited about school, John became detached.

The N.C. House k-12 Education Committee passed a bill Tuesday that would allow the local education authority of each school system to set their own classroom mask policies, rather than allowing it to be set by the state government or Gov. Roy Cooper.

A member of the committee, Rep. David Willis, R-Union, had a personal connection to the issue and brought his own son to testify before the committee. Rising eighth-grader Jackson Willis of Union County told lawmakers that the statewide mask requirement in classrooms has limited communication among teachers and students and harmed mental health. He pointed to statistics saying that teens are seven times more likely to die of suicide than COVID.

"The right to life has been taken from those children who have committed suicide, rights to liberty and the pursuit of happiness have been taken from the rest of us," said Jackson Willis. "As a citizen of this great state, I ask that you give schools the right to remove masks, rather than the governor who is so far removed from our school."

The PCS for Senate Bill 173 presented in committee as the Free the Smiles Act would move authority over face coverings to K-12 governing body for local areas but the governor would have authority to require the use of face coverings in individual schools during a state of emergency.

Representative Rosa Gill, D-Wake, questioned how the bill's policy compared to mask recommendations from the U.S. Centers for Disease Control.

"In other words, we are going against the CDC guidelines for children attending school?" Rep. Gill asked in committee.

"Using the CDCs own data, they said very clearly that the daily activities that we've long become accustomed to are more dangerous than COVID," said Rep. Willis, "We've seen kids all over this country this summer, running around, riding their bikes, driving to practice with their parents, — all much more dangerous than COVID to these children, so I would question the use of that continued guidance at this point."

The legislature passed a measure earlier this year that also moved some COVID management authority to the local school board. In that case, it was the authority to reopen schools. That measure passed with bipartisan approval.

"We are doing the exact same thing we did when we chose to reopen our schools which is to allow the school boards to have the authority over their local school district," Willis continued.

According to the General Assembly's Bill Summary, the governor does retain the authority to require the use of face coverings on a case-by-case basis. The bill language says he "would be required to state reasons in the executive order specific to the school for requiring the use of face coverings, and would not be authorized to require a statewide face-covering requirement for public or nonpublic schools in a single executive order."

"I've heard a lot about this from our parents and it's time that we unmask our children," Rep. Charles Miller, R-Brunswick, said during the committee hearing.

Other members of the committee asked for clarification confirming that students would be allowed to wear a face-covering if they want to, without penalty from teachers or school administrators.

The bill is expected to be heard on the House floor later this week.
Go Back