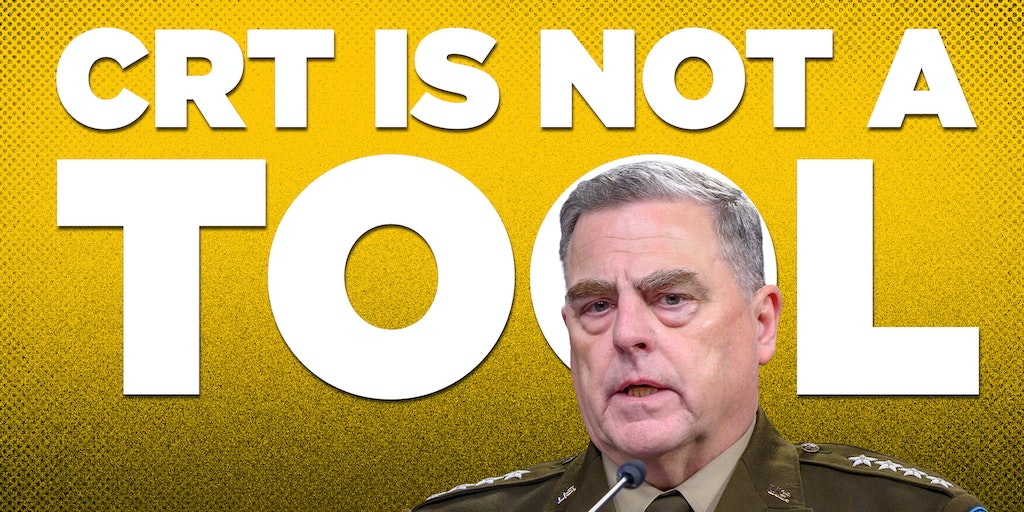 U.S. Army General Mark Milley, chairman of the Joint Chiefs of Staff, defended Marxism in the military during a House Armed Services Committee budget hearing Wednesday. Milley was questioned by Representative Mike Waltz (R-FL) as to the appropriateness of a seminar at the United States Military Academy at West Point called “Understanding Whiteness and White Rage.” Republican lawmakers have increasingly begun ringing the alarm bells over the promulgation of a form of neo-Marxist ideology known as Critical Race Theory across the federal government and specifically within the U.S. military.

A clearly irritated General Milley responded to the question:

On the issue of Critical Race Theory, etc., a lot of us have to get much smarter on whatever the theory is. But I do think it’s important, actually, for those of us in uniform to be open-minded and be widely read. And the United States Military Academy is a university. And it is important that we train and understand.

If he had stopped there, simply making the point that studying is important to better understand what an enemy believes and how he thinks in order to be better prepared to defend oneself and contend against one’s foes, then this would be a non-story.

But Milley didn’t stop there, and in fact his answer only gave further credence to Republican lawmakers’ concerns. Milley continued:

I want to understand white rage, and I’m white. So what is it that caused thousands of people to assault this building and try to overturn the Constitution of the United States of America? What caused that? I want to find that out. I want to maintain an open mind here, and I do want to analyze it.

If Milley wants to understand why thousands of people were angry at what they saw as a stolen presidential election between two old white guys, assuming that they’re just rage- and privilege-filled white supremacists is exactly the wrong place to start.

As for Milley, it’s clear that he has already accepted the false premise that CRT is merely a tool useful for analysis. In reality, CRT is far more insidious than any tool should ever be; it’s a worldview that presupposes the overly simplistic and problematic Marxist ethic of oppressor vs. oppressed through which all aspects of society are to be measured. Hence the claim that inequity of outcome equals injustice.

General Milley wasn’t done, either. He continued attempting to reinforce the leftist deception that CRT is merely an analytical tool:

I personally find it offensive that we are accusing the United States military general officers, our commissioned [and] noncommissioned officers, of being “woke” or something else because we’re studying some theories that are out there. I’ve read Karl Marx. I’ve read Lenin. That doesn’t make me a communist.

Ironically, Milley undercut his own defense of CRT by seemingly (and accurately) equating it to a dangerous and deeply un-American worldview like communism.

What is truly offensive is the general’s failure to make obvious and proper category distinctions. Once again, the distinction here is the difference between reading to comprehend versus reading for indoctrination. It’s an important distinction that Milley — either intentionally or unintentionally — fails to make. The question is, are U.S. military personnel being taught about how to recognize CRT’s dangerous flaws, or are they being taught to adopt it as a legitimate paradigm for understanding the world?

Finally, General Milley’s Professional Military Reading List does not include CRT titles (yet), but last week Admiral Mike Gilday, the chief of Naval operations, was questioned about including the CRT book How to Be an Antiracist on his official reading list for Navy personnel. 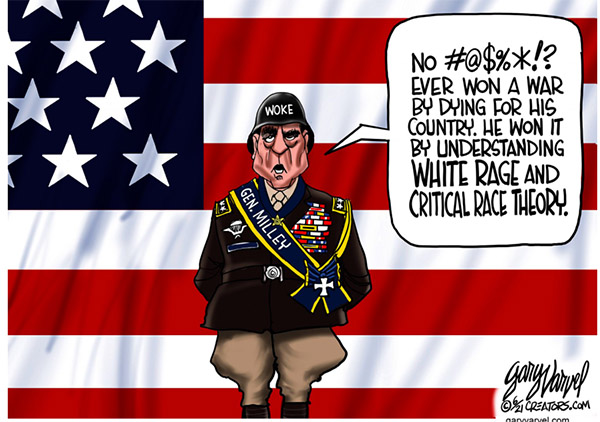