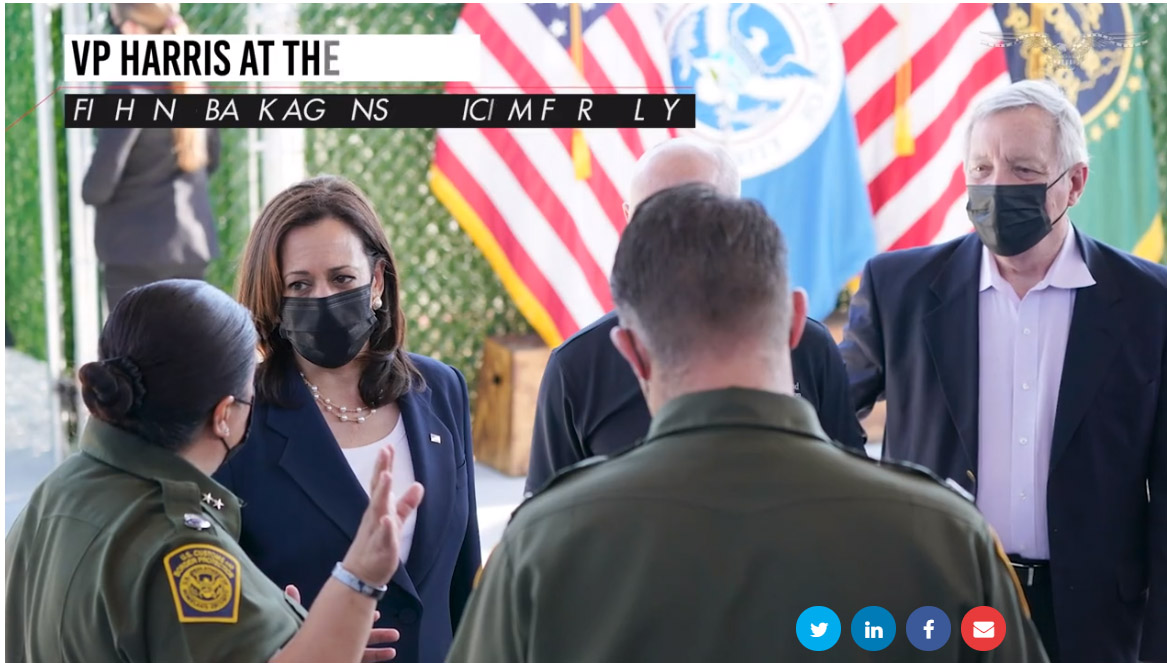 The Biden administration is failing big time with its inability to control illegal immigration, adding it to one of several issues that could doom Democrats if left unchecked.

In a new Harvard/Harris poll

The Biden administration is failing big time with its inability to control illegal immigration, adding it to one of several issues that could doom Democrats if left unchecked.

In a new Harvard/Harris poll, an overwhelming 80% said that illegal immigration is a serious issue and one that needs more attention than what President Joe Biden or Vice President Kamala Harris are giving.

What’s more, 68% said that signals from Biden’s White House are encouraging illegal immigration, and 55% believe that former President Donald Trump’s border closing policies should have been left in place.

Pollster Mark Penn sized up the results this way: “Immigration is boiling up as an issue.”

Add it to increasing voter concerns about inflation, taxes, and the critical race theory controversy, and this could be a summer of woe for Democrats. “These are not good numbers for Democrats,” said an adviser to House Republicans.

The fears of illegal immigration were a key part of Penn’s analysis of his June poll for Harvard’s Center for American Political Studies and the Harris Poll.

He wrote: "Sixty-four percent of registered voters want the Biden administration to issue new, stricter policies to reduce the flow of people across the border. Only 7% of voters could accurately call out the amount of monthly illegal immigrants crossing into the U.S. with 84% underestimate the number, suggesting we should expect stronger voter reactions if the crisis evolves further. Overall, 74% of voters view the current surge in illegal immigrants as a crisis that needs to be addressed immediately, and 56% do not view climate change, racism, and sexism as root causes of migration from South and Central America.”

Harris, who was tasked to solve the issue, didn’t get a winning grade. Most thought she should have visited the border earlier than Friday, and more failed her trip to Central America, during which she sought to heal the “root causes” of illegal immigration.

And despite liberal media efforts to dismiss the debates in school districts around the country over the teaching of critical race theory, the poll found that it too was a hot issue.

“On schooling and education, another sleeper issue, 61% do not believe students should be taught that America is structurally racist and is dominated by white supremacy,” said Penn in his email.