Why do we give up our privacy so easily? | Beaufort County Now | Never think "it really doesn't hurt anything..." It does. Read this to find out how

Why do we give up our privacy so easily? 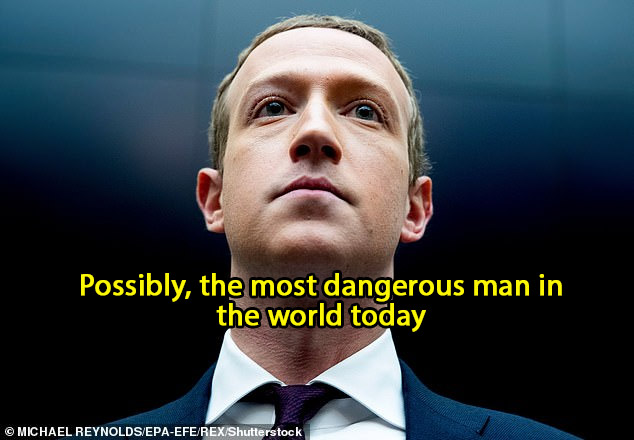 Read this and you won't click 'I agree' ever again: We're being spied on by phones, computers, TVs, cars – even the doorbells. Worse, argues Oxford professor CARISSA VELIZ, we're doing it to ourselves by giving away our data

Most of us know that our personal data is being collected, stored and analysed thanks to our relationship with our mobile phones, computers and the internet. But are we really aware of the full extent of the privacy invasions into our daily lives?

Let's start at dawn. What is the first thing you do when you wake up? You probably check your phone.

By doing that, you are informing a whole host of busybodies – your smartphone manufacturer, app developers and your mobile company, as well as intelligence agencies (if they happen to be watching you) – what time you wake up, where you've been sleeping and who you share a bed with, providing they keep their phone with them too.

If you wear a smart watch it will have recorded your every movement in bed – including, of course, any sexual activity. Share a picture or record your thoughts on Facebook, or type a search into Google, and that information is tracked and stored.

Perhaps you've run out of sugar and you decide to ask your neighbour if she has some spare. Standing outside her door, you notice there's a new smart doorbell, which records images of those who come near. It's anybody's guess where the footage is going to end up and what it will be used for.

You turn on your smart TV. It is probably identifying everything you watch and sending the data to the manufacturer, third parties, or both.

If you had time to read the privacy policies of the objects you buy, you would also have noticed that your TV picks up and records your spoken words and reserves the right to transmit them to other organisations.

Intelligence agencies such as MI5 and the CIA can make your TV look as though it is off while they record you. Your digital assistant Alexa may be listening too.

On and on it goes, as your day unfolds – the computerised surveillance that turns your everyday life into data.

It's worth remembering that, as far back as 2010, Facebook founder Mark Zuckerberg (pictured) suggested that privacy was no longer 'a social norm', that we had 'evolved' beyond it because of the amount of information we freely shared online.

In today's society, cars can log the locations you visit, the speed you drive at and your musical taste – even your weight is measured by your seat. There are emails that, once opened, allow third parties to track your geographical location.

Even your intimate medical data can be donated by the NHS to commercial organisations without your consent. And if you've ever done a DNA testing kit – for health reasons or to trace your ancestors perhaps – your genetic information is up for grabs to anyone who's willing to pay for it.

Governments know more about their citizens than ever before. Even the Stasi managed to have files on only about a third of the population of East Germany. Intelligence agencies today hold much more information – and on everyone. And it's because we're willingly – if unwittingly – giving this information away.

As a professor at the Institute for Ethics in Artificial Intelligence at the University of Oxford, I've researched this phenomenon with growing interest and concern over the past decade.

I've written widely about the importance of privacy in the digital age and what the tech giants – which is, of course, where all of this began – can learn from the far more regulated world of medical ethics.

It's companies such as Facebook and Google which have done more than any other to build the 'data economy'. And it has never been more apparent than during the coronavirus lockdown.

We've used social media to stay connected with friends and family, platforms such as Zoom for work and Google Classroom for school. The past year has shown us how impossible it is to opt out. Collectively and separately, these platforms are watching us. They know I'm writing these words. And, if you're reading this on a screen, they know you are reading them.

It sounds sinister – almost into the realms of conspiracy theory. But if you think it doesn't matter, then read on.

Intelligence agencies such as MI5 and the CIA can make your TV look as though it is off while they record you. Your digital assistant Alexa may be listening too

Facebook alone has violated our right to privacy so many times that a comprehensive account would merit a book in itself. Indeed, it's worth remembering that, as far back as 2010, Facebook founder Mark Zuckerberg suggested that privacy was no longer 'a social norm', that we had 'evolved' beyond it because of the amount of information we freely shared online.

It is in his interests – and the interests of other tech giants – to believe this is so.

Everything you do while on Facebook gets tracked, from your mouse movements to the things you write and decide to delete before posting.

It may seem like a social network on the surface, but its real business is trading in influence through personal data. It wants to know who we are, what we think, where we hurt. It wants to predict and influence our behaviour. And armed with this, it can then sell advertisers access to your attention.

It's not even possible to stay away from this data-hungry monster. Facebook keeps 'shadow profiles' on people who don't even have accounts. It does this via its pervasive 'like' buttons, which appear alongside content such as news articles on websites across the internet.

So what? Surely all this isn't actively harmful.

But Facebook may connect you with people you're actually trying to avoid. Its 'People You May Know' section recommends people to connect with. This tool has helped expand Facebook's social network, which went from 100 million members when it was introduced in 2008 to more than two billion in 2018.

It can link the real identities of sex workers to their clients. Or scupper medical confidentiality by linking together a psychiatrist's patients. These patients probably had the psychiatrist's details in their phone's contact book – and that alone was enough for Facebook's algorithms to make the link.

The site has suggested a harasser connect with his (previously anonymous) victim, a husband to his wife's lover, and a victim to the man who broke into her car.

For years, Facebook allowed Microsoft's Bing search engine to see Facebook users' friends without their consent, and it gave Netflix and Spotify the ability to read and even delete Facebook users' 'private' messages.

Facebook has probably used facial recognition on your photos – without securing proper consent from you – to develop lucrative new technology. It has certainly filed patents that describe systems to recognise shoppers' faces in stores and match them to their social networking profiles.

In 2019, hundreds of millions of Facebook users' phone numbers were exposed in an open online database, because the server they were on was not password-protected.

By checking your phone in the morning, you are informing a whole host of busybodies – your smartphone manufacturer, app developers and your mobile company, as well as intelligence agencies (if they happen to be watching you) – what time you wake up, where you've been sleeping and who you share a bed with, providing they keep their phone with them too

These are just some of the latest disasters. Everything seems to indicate that Facebook's violations of our right to privacy are not about to stop. It's no wonder that a British parliamentary report has suggested that Facebook has behaved like a 'digital gangster' in the past few years.

It's not alone. Google has also been a major protagonist in this story. In 1996, founders Larry Page and Sergey Brin developed the core of Google, an algorithm that counts the number and quality of links to a web page to assess how authoritative that website is, and ranks search results accordingly.

It was a brilliant idea. Unfortunately for us all, Page and Brin wanted to turn Google Search from an amazing tool into a money-making company. By 2004 it had revenues of £2.3 billion.

How did they do it? By using the personal data of their users to sell ads: little sponsored links in and around their search rankings.

As users searched for what they desired, feared or were curious about, Google collected oceans of data on them.

There's more.  Click here to read the rest of the article