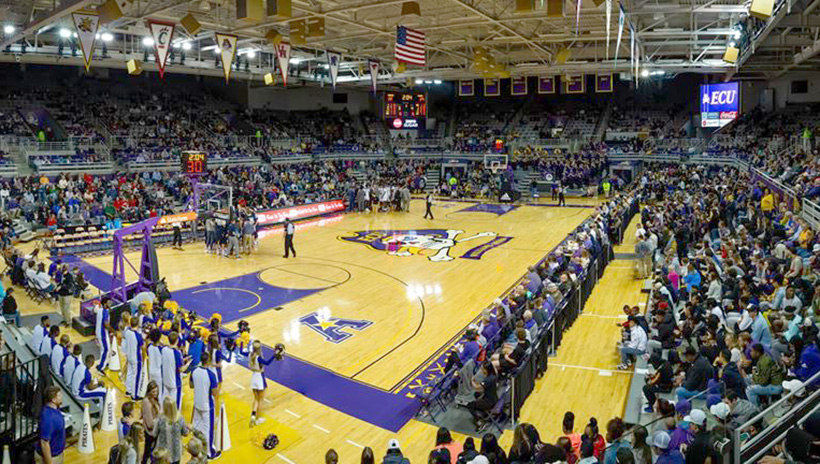 "With this group we've gotten longer, more athletic and have multiple guys that can shoot the ball," Dooley said. "I think we'll be able to score in different ways which makes it more fun for everybody."

Jackson, 6-9, 230-lb., has scored more than 1,000 points and grabbed over 500 rebounds in his career that includes stops at UConn, New Mexico and Arkansas. As a freshman at UConn, Jackson was named to The American All-Freshman Team, leading the league in 3-point percentage during conference play. He transferred to New Mexico the following season and spent two years with Lobos, averaging 12.2 points per game and shooting 33.6 percent (107-for-318) outside the 3-point arc. Jackson owns a career scoring average of 9.2 points per game while making 35.4 percent of his career 3-point attempts.

"Vance and Wynston are both proven scorers and have both played well at a high level," Dooley said. "They're each very mature with strong work ethics and have the ability to shoot the basketball. They'll both add a lot from a scoring standpoint.

"Alanzo has obviously also played at a high level in the SEC," Dooley continued. "He's a physical player with a strong body who is a really good passer. He's got a very high basketball IQ and he's proven to be a guy that we can throw the ball to in the post to score."

Lestin, a 6-9, 200-lb. forward, was born in Haiti and moved to Canada with his mother at the age of five. He began his prep career as a 10th grader at Trinity Prep International in Las Vegas before attending Redemption Christian Academy (N.Y.). He spent this past season at Halton Prep in Oakville, Ontario.

Scott, a 6-8, 200-lb. forward, played at TLAP Sports Academy in 2020–21 after spending the previous two seasons at Universal Academy in Irving, Texas. Scott also spent a year at Mansfield Timberview High School in his hometown of Arlington, Texas.

Small, a 6-2, 185-lb. combo guard, can play either the point or shooting guard position. He attended Compass Prep (Ariz.) this past season, averaging 10.4 points, 2.6 rebounds, 3.4 assists and 1.7 steals per game and helping the Dragons to a 30-2 record. Small played for Franklin Central High School in his hometown of Indianapolis before enrolling at Compass Prep. He was first-team all-conference selection as a junior at Franklin Central.

"Marlon is another skilled big man who will be able to stretch the floor for us as well as play in the post," Dooley said. "Jaquan is a talented kid who will give us some versatility on the frontline as well, while Javon comes from a high-level program and gives us another primary ball handler who can shoot make open shots."

The additional commitments bring the Pirates' total number of newcomers to nine for the upcoming 2021–22 season, along with previously announced commitments from incoming freshmen R.J. Felton, Tay Mosher and Alexis Reyes, who each signed an NLI during the 2020 fall signing period.
Go Back