The Humanity Hurricane | Beaufort County Now | Freedom is not free 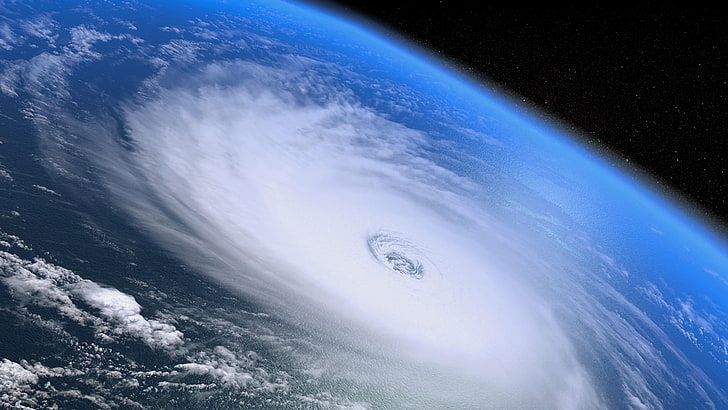 As a longtime ocean sailor, I abide by this simple but wise maxim: “Hope for the best, but prepare for the worst!” When the sky darkens and the sea swells, I ready my ship and myself for the possibility of “heavy weather.” By initiating basic precautions, I can greatly increase my chances of surviving even the most vicious tempest.

Besides sailing The Seven Seas, I have also spent much of the last decade voyaging on the Information Ocean. And all of that research has led me to conclude that a Category Six hurricane is rapidly bearing down on Humanity.

But this catastrophic storm is not being generated by Mother Ocean. It is being created by a tiny, ruthless, sliver of Humanity. I call these creatures The Malignant Overlords. They desire to re-shape Earth into a NEO-TECHNO-PLANTATION.

Most people cannot see the clear signs of this monstrous New Normal typhoon as it approaches, but to me they are obvious. And thus it is my unsought duty to alert as many people as possible to the impending societal destruction.

So, let’s look at the WuFlu psyop as if it is a Tyranny Typhoon. I have personally ridden out eight hurricanes aboard my beloved AVENTURA, so I know of what I speak. I did this each time alone - but with a bottle of anticipatory champagne to celebrate my survival.

Here is a typical hurricane pattern. During the last few hours before it hits, there is always the hope that it might veer away. Remember at the start of the Scamdemic, how Pelosi was urging people to go to Chinatown. Yet, shortly after that, the whole world was suddenly and simultaneously shut down.

Next the outer bands of the hurricane arrive, but our innate human optimism convinces us that the winds won’t actually rise too much. That was the “two weeks to flatten the curve” phase. But the M.O.s deceived us again, because the two weeks became more than a year.

However, delusional optimism can only sustain people for so long, and soon we realized that this was a full-on hurricane. That was the phase when we were forced to mask up and lock down. But the clear-thinking people found it odd that the most restrictive states also had the highest death tolls.

Soon, the insanely hyped “disease-of-the-century” narrative began to evaporate. In a genuine pandemic almost every family has loved ones who die. In a real plague people of all age groups are affected. In fact, the death count is usually so extreme, that the undertakers cannot dispose of the bodies fast enough. This leads to bonfires of corpses and mass graves.

Yet, none of this happened. The vast majority of the victims were around 80 years old and they had other contributing illnesses. The survival rate was over 98%. Therefore, many people began questioning why such tyrannical restrictions had been imposed on billions of people. The natives were getting restless.

Soon there were hundreds of thousands of people marching through the streets protesting the brutal shutdowns. Plus, an army of courageous doctors from all around the world started disputing the W.H.O. lies and the ever-changing proclamations of Lord Emperor Fauci.

So, the Malignant Overlords throttled back on their totalitarian strategy. They eased off on the mask wearing and the social distancing. Some businesses re-opened and some travel was allowed to resume again.

In hurricane terms, that marked the entrance into the eye of the storm, where everything is suddenly calmer and brighter. But that is short-lived and it is an exceedingly dangerous illusion. For the winds that one encounters AFTER the eye passes are often the most deadly.

But the relative calm that we are experiencing as the restrictions have been loosened will not last for long. That’s because our phony elites feel pressured to act decisively and viciously for two contradictory reasons.

On the one hand our masters observe that the vast majority of people bent over and submitted to their lunatic demands sheepishly. But on the other hand, the voices of refusal are rising with frightening intensity. Both of these developments have encouraged them to quicken their pace of world domination.

Which means that we must refuse to comply with their ever more malicious restrictions, or we will become 21st century serfs. But if we resolutely rise up, using our massive advantage in numbers, and forcefully resist their mandates, we can defeat them. Allow me to provide some historical context to illustrate how absolutely enormous this cultural moment is.

For most of our history as Homo Sapiens, we were hunter-gatherers. We lived in Tribes and we knew and trusted those around us. There were no formal hierarchies, and most people with slightly higher status, gained it via merit. Life was mostly egalitarian.

The arrival of Agriculture changed this profoundly. Society became stratified with a few rulers and enormous numbers of people who were the lowly subjects of these masters. This stretched all the way from the pyramid building slaves of Egypt to the King’s serfs in Europe. Domination of the many by the few was the temper of those times.

However, the belief that human life must be one long, grim ordeal of subservience, changed radically in 1776 with the American Revolution and the drawing up of the U.S. Constitution. This document guaranteed normal people a significant role in shaping their own destiny. This marked the beginning of the Representative Government era.

During the intervening 245 years, tyrants have risen and fallen. Their range of domination was limited to regions. But now our Malignant Overlords are seeking planetary rule. And because of technological advancements in communication and surveillance they believe that this is their moment.

If we do not resist them firmly and courageously, right now and right here, all of the advances of the last two centuries in personal freedom, standards of living and increased lifespan, will be lost.

Here is what we can expect as they turbo-charge their control strategy:

In conclusion, because I did manage to ride out all of those hurricanes safely, I tend towards optimism. Despite the unprecedented efforts of the Malignant Overlords to silence dissenters, millions of people are waking up. They are recognizing how dire the situation is for humanity. Now, what is required is ACTION. Here are some guerrilla street theater ideas to get you started.

Get a few dozen friends to go to a medical center and hand out anti-vaxx leaflets. There are many hilarious anti-jab cartoon memes that you should include on your fliers. If you can find some rubber Fauci masks, wear them. Video it and spread it on the Web.

Stage Resist-O-Rama Parties where you defy the authorities. Invite lots of friends with lots of coolers. Include a mask burning bonfire in your festivities. If they try to arrest you, have a bunch of plastic wire ties ready. Use them to handcuff your whole gang together. The cops will have to bring a paddy bus instead of a paddy wagon.

And finally, GO BIG with a National Drain the Big Banks Day. Everyone move their money from the Too Big to Jail banksters, and shift it into community credit unions. How about August 13th. That’s a Friday the 13th for good luck.

We are in the eye of the storm now, but let’s come blasting out of it … and blacken the eye of The Malignant Overlords!