2016: Obama's America | Beaufort County Now | Beginning in August, we learned of a controversial documentary that would be released in select theatres in time for this presidential election season.

A Film of Rare Truth by Dinesh D'Souza

Beginning in August, we learned of a controversial documentary that would be released in select theatres in time for this presidential election season. 2016: Obama's America. It would tell the 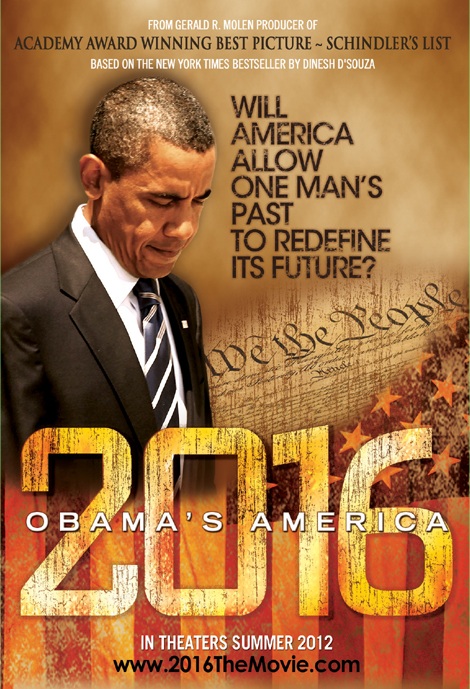 story of just who Barack Obama is and how his story defines his presidency and his plans for America. The documentary is based on the research accumulated by bestselling author Dinesh D'Souza, who traveled to three continents to gather first-hand information on the history of our president. Dinesh immersed himself in those cultures, tried to understand their politics, and conducted interviews with Obama and Soetero family members. The documentary is based on D'Souza'a book, Obama's America, which itself built on his earlier, New York Times bestseller, The Roots of Obama's Rage. The movie is produced by Gerald Molen, who has produced some of Hollywood's more memorable films - Jurassic Park, Hook, Minority Report, Rain Man, and academy-award winner, Schindler's List.

The question was whether the documentary would see the light of day and whether it would be shown in enough theatres to get the message out. At first, chances looked slim. North Carolinians who went to the movie website were told that only 2 theatres in their state would be showing it. Then magically, and quickly, more and more theatres began to be added to the list. A miracle!! In an era when liberals control the media, media outlets, and the film industry, no one could have expected the film to be shown even in a place like Greenville !! We remember the hassle we went through to try to see the Atlas Shrugged.

As it turned out, people have been flocking to see the documentary. I went to see it on a Friday night, and even though Sylvester Stallone's movie The Expendables 2 and Will Ferrell's movie The Campaign were showing, the showing was packed. Absolutely packed !! The earlier showings were full as well. Not packed necessarily, but full.

2016: Obama's America is already a commercial success! It has become the top-grossing conservative political film of all time since its expanded opening on Friday, August 24. As of Monday, August 27, the film had grossed an estimated $10.5 million, according to BoxOfficeMojo.com... This amidst the scurry of getting children ready and back to school and sending college-age children off to campus !!

Director and star Dinesh D'Souza is hoping that "2016: Obama's America" will eventually eclipse the total earned by Michael Moore's left-leaning 2004 film Fahrenheit 9/11, which ranks as the highest-grossing documentary in box-office history. It also had the backing and promotion of a major motion picture studio - Lions Gate (which 2016 did not have).

As the movie's website explains: "2016: Obama's America takes audiences on a gripping visual journey into the heart of the world's most powerful office to reveal the struggle of whether one man's past will redefine America over the next four years. The film examines the question: 'If Obama wins a second term, where will we be in 2016?' Across the globe and in America, people in 2008 hungered for a leader who would unite and lift us from economic turmoil and war. True to America's ideals, they invested their hope in a new kind of president, Barack Obama. What they didn't know is that Obama is a man with a past, and in powerful ways that past defines him - who he is, how he thinks, and where he intends to take America and the world. 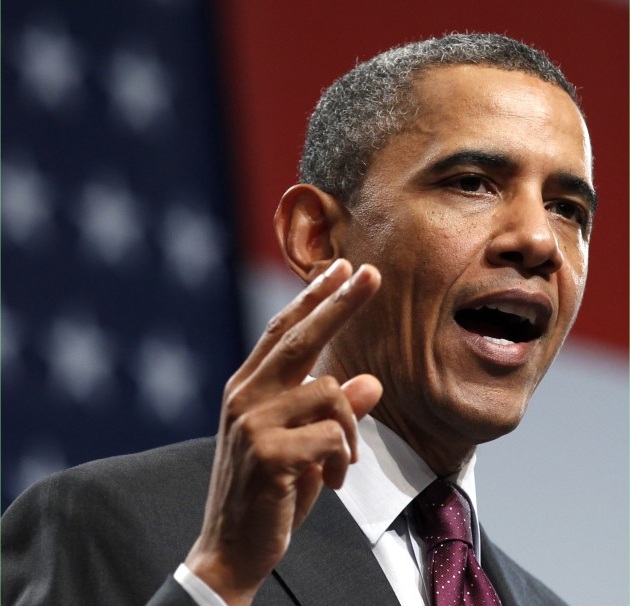 Had Americans not obsessed over the color of Barack Obama's skin, delighted in the fact that we could relieve our collective guilt for keeping African-Americans repressed, and not gushed at the chance to elect a young, handsome 'rock star' in the office of the presidency and instead paid more attention to his cultural identity, maybe he would not be in the White House today. The key to understanding him, as D'Souza suggests, lies with his identification with his father, his deep-seeded need to make him proud, and his adoption of a cultural and political mindset rooted in post-colonial Africa.

Again, as the website announces: "America as we know it - wealthy, powerful, assertive - is not what Obama wants. He wants a smaller America, a poorer America, an America unable to exert its will, an America happy to be one power among many, an America in decline so that other nations might rise - all in the name of global fairness. To Obama, the hated "one percent" isn't just wealthy Americas; it is America itself. In Obama's view, America needs to be taken down a notch."

In the documentary, as in his book, Obama's America, D'Souza lays out what Obama plans to do in a second administration (hence the year in the title 2016). He predicts a makeover of America so drastic that the "shining city on a hill" will become a shantytown in a rather dangerous global village.

As mentioned above, author Dinesh D'Souza traveled all across the country and to Africa and Asia (Indonesia) in order to research the background of the enigma who the American people have entrusted with the presidency of the United States. Obama's father lived most of his life in Kenya, an African nation once colonized by the British (The British Protectorate of Kenya). In 1959, he received a grant and was admitted to study at the University of Hawaii, where he ultimately met Ann Dunham ("Stanley Ann Dunham") in a Russian language class in September of 1960. She would drop out of school shortly after that, after becoming pregnant by Barack Sr., who was still married to another woman - a woman named Kezia, back in Kenya - with whom he's had two children. Ann and her foreign lover were married in a secretive ceremony in 1961, to which no one was invited. She was 3 months pregnant at the time. Barack Jr. was born on August 4, in Honolulu, as the reports go. Dunham and Obama Sr. separated in June 1962 when he moved to Massachusetts to pursue further education, this time at Harvard. In 1964, she filed for divorce after finding out that he was, in fact, married to Kezia. Barack Sr. simply moved on to another - an American school teacher - who bore him 2 more children. They moved to Kenya in 1965 after he received his Masters from Harvard in economics. In 1965, Ann re-married as well. She married Lolo Soetero, an Indonesian student she met when she resumed her studies at the University of Hawaii. Lolo was Muslim. 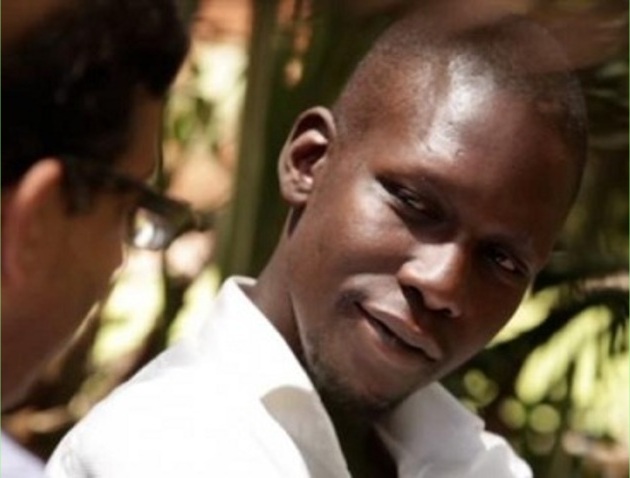 Although Obama Sr. and Dunham divorced, she continued to hold him in the highest regard. She was mesmerized by his intellect and his radical ideology. She shared his left-leaning, third-world view. As D'Souza details in 2016, Soetero tried very hard to provide Ann, Barack Jr., and the daughter they had together with a good quality of life. He quickly worked himself up in the business world, but instead of making Ann happy, it only increased the tension in their marriage. During their years in Indonesia, Dunham became increasingly interested in the country's culture, while Soetoro became more interested in Western culture, and their relationship was in conflict over differing values. He was becoming too "westernized" for her.

At that time, Obama was sent to spend the summer with his grandparents, Stanley and Madelyn Dunham, in Hawaii. That was 1970 and he was getting ready to enter the 4th grade. During that summer, his grandparents took him to interview with the Punahou School, the most prestigious prep school in Hawaii.

Ann sought to separate Obama (young "Barry") from Lolo's growing pro-Western influence. She went him back to Hawaii to live with her parents so he could be educated at Punahou, where he would be indoctrinated with the anti-colonial views of the Hawaiian natives who believed they were coerced and marginalized by the US government for sugar cane and other resources, in becoming the 50th state. "Oppression studies, if you will. Obama got plenty of that when he was here in Punahou," D'Souza says in the documentary, standing on the school's campus.

Although Obama barely knew his father - he would only visit him once, in Hawaii in 1971 when he was 10 years old - Obama is clearly obsessed with this undefined and unfulfilled relationship. Perhaps as is the case when a child feels "abandoned" by a parent, he is going through extreme pains to find a connection with him in order to ultimately make him proud, even posthumously. D'Souza sees a clue for this explanation in Obama's book title: Dreams From My Father, and not Dreams of My Father. Obama admits in the book that his father's struggle and politics are "my birthright." The father died at age 46 in a car crash, after drinking heavily. D'Souza believes that this short life and the estranged relationship is what reinforced rather than weakened the president's ties to his father. Obama went to great lengths to try to figure out who he was and why his mother had such great respect for him, as a thinker.

What is the source of Obama's political rage? D'Souza concludes that his "birthright" includes the rage of Third World nations which have been victimized by 'colonial' nations like Britain and the United States. What is the dream that he got 'from' his father? D'Souza believes that it is the demise of the stature and influence of such countries in the world so that Third World nations can rise and take their rightful place, finally enjoying wealth and prosperity because of an opportunity to compete.
Go Back