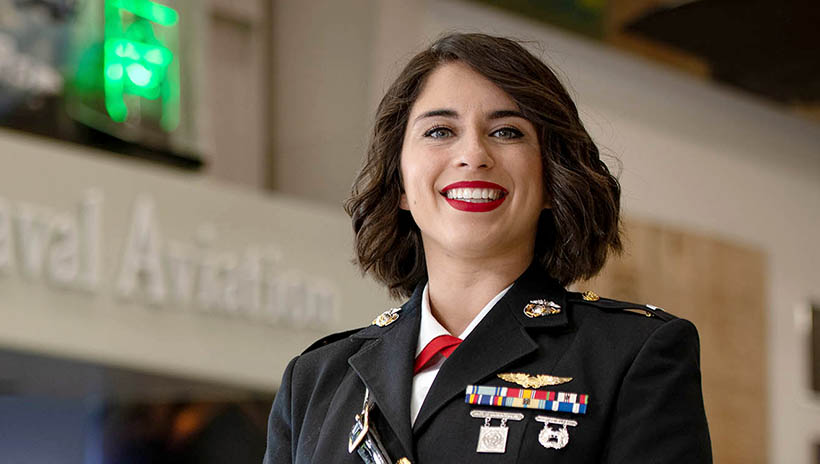 When Pirate alumna Brenda McCarthy graduated from aviation school at Naval Air Station Pensacola in May, she received her wings and also made history.

McCarthy, who graduated from East Carolina University in 2016, is a first lieutenant in the Marine Corps and the last female Marine to receive her aviator wings as a weapon systems officer, or WSO.

According to the Marine Corps, a WSO, or "wizzo," sits behind a pilot in an F/A-18D Legacy Hornet and is responsible for situational awareness, navigation and communication support. The role will no longer be available as the Marines transition to F-35 jets in the future.

"It's crazy being the last one," McCarthy said. "I know so many female wizzos and they're all so supportive."

During her ceremony, McCarthy was pinned by retired Marine Corps Lt. Col. Amy McGrath, one of the first female WSOs to complete the Naval Flight Officer training.

Both McCarthy's parents were Marines stationed at Camp Lejeune in Jacksonville when she was growing up, so she knew about ECU because of its close proximity to the base. Becoming a Marine herself felt like a natural choice, as did becoming a Pirate, she said. She enlisted in the military straight out of high school and was deployed to Afghanistan in 2012. When she returned home, she enrolled at ECU through the GI Bill.

"I can't even describe how flawlessly ECU helps student veterans. They made all the paperwork we had to do every semester for the GI Bill so easy," McCarthy said. 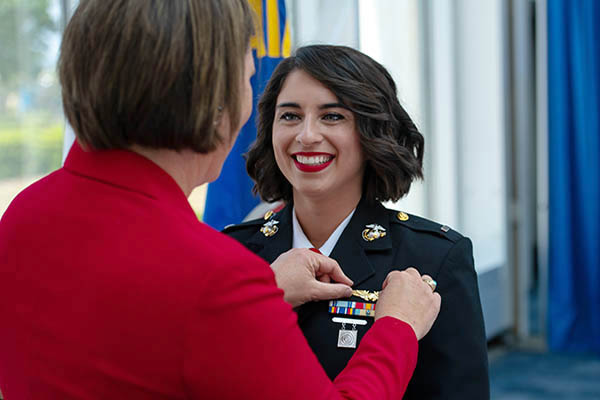 "A lot of veterans who go to college are older, in their late 20s or early 30s, and might be struggling with PTSD or the transition to civilian life. The organization is a place for veterans to talk about what they're going through and connect with others going through that," McCarthy said.

After getting her degree in exercise physiology, McCarthy was commissioned into the Marine Corps. She first went to Officer Candidates School in Quantico, Virginia, and then to flight school in Pensacola, where she underwent aviation courses, flight hours, radio communications, advanced training on tactics and jets, and G-force training where she got spun around in a centrifuge — all in preparation for a job she absolutely loves.

"Flight school is difficult but rewarding at the same time," McCarthy said. "The first time I felt my jet start up, all my hopes and dreams were realized. It's knowing you're doing exactly what you're meant to do. I'm amazed every single time I get in my jet," she said.

McCarthy's next step is more advanced training at Marine Corps Air Station Miramar in California. She said she looks forward to staying in love with her job and confident in her path.

"It's still so much fun for me," she said. "As long as the Marine Corps wants me, I'll be available to them."
Go Back