State Auditor Uncovers Poor Record Keeping in Town of Plymouth | Beaufort County Now | State Auditor Beth Wood’s office found a glaring lack of transparency in the town of Plymouth due to the nonexistence of meeting minutes for the Town Council for most of 2020.

Published: Thursday, August 26th, 2021 @ 9:48 am
By: Carolina Journal   ( More Entries )
Publisher's Note: This post appears here courtesy of the Carolina Journal. The author of this post is Johnny Kampis. 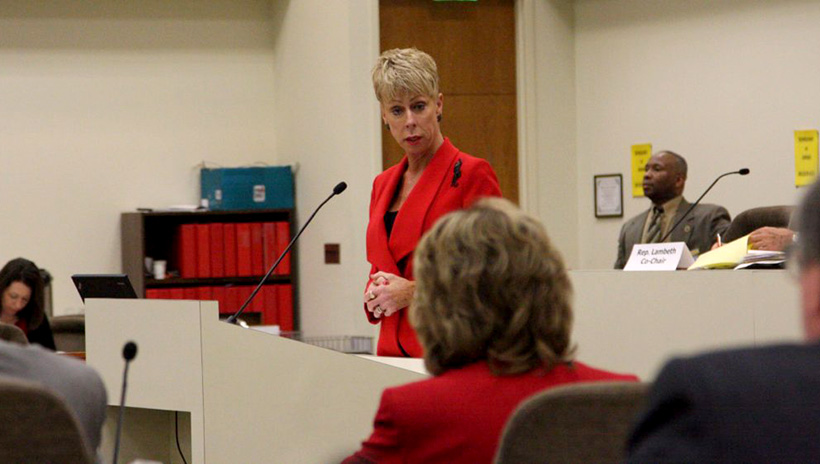 State Auditor Beth Wood's office found a glaring lack of transparency in the town of Plymouth due to the nonexistence of meeting minutes for the Town Council for most of 2020.

Plymouth Mayor Vershumn Hawkins blamed the problems on the sudden departure of the town clerk and a ransomware attack on the city's computers.

The audit said meeting minutes were not maintained for 32 of 51 town council meetings in 2020. The includes not only regular-session meetings, but also closed-session and special meetings. Audio recordings exist for three of those meetings that are not audible or missing portions of the proceedings.

"As a result of missing and incomplete meeting minutes, Town residents were not informed on the discussions and actions taken by the Town Council," the report said. "This increased the risk that actions not in the best interest of the Town would go undetected."

The audit pointed out that during a meeting on June 2, 2020, the council allegedly discussed and approved an $8,000 moving allowance for the incoming town manager, but the approval couldn't be verified by examiners because the records of the meeting don't exist.

The audit notes that in discussions with the mayor, Hawkins said that the previous town clerk (not named in the report) left her job without completing her work, including logging the meeting minutes.

"I don't have evidence of what I'm about to say, it's just speculation," Hawkins told auditors, according to the report. "But we've had issues with our previous employed town clerk...and mysteriously upon her exiting, everything kind of vanished."

Hawkins, elected as the first black mayor of Plymouth in 2019, didn't return a request for comment on the issue from Carolina Journal.

Plymouth also suffered the same fate as many other governmental bodies in 2020 that lacked sufficient security systems on their networks and were hit with a ransomware virus attack in September. Hawkins said the city lacked a backup system and lost data, including meeting minutes.

Although many councils approve minutes for the last meeting at the current meeting, Wood's team found that Plymouth regularly approved meeting minutes months after those meetings were held. Hawkins told auditors that approval of meetings "fell off the council's radar."

Following the audit, Hawkins said that meeting meetings are now prepared and given to council members as part of their packets for the current meeting agenda so they can be approved and filed in a timely fashion. The town is now also uploading that information on its website.
Go Back