What happens next in Afghanistan | Beaufort County Now | Better to fight them there, or here?

What happens next in Afghanistan 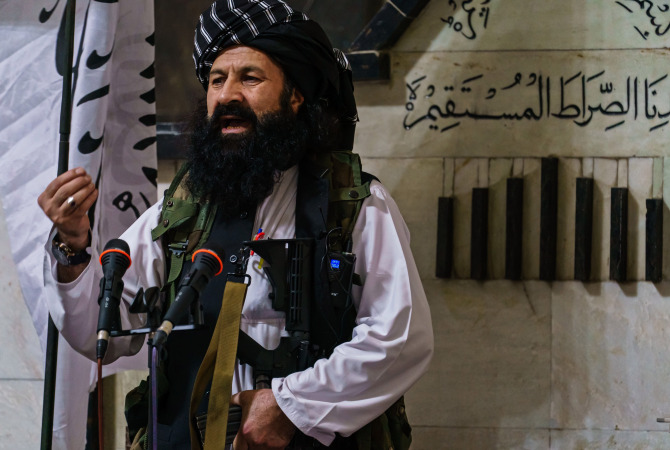 With Biden pulling out “all” American forces from Afghanistan the question is:   What will happen now?  The US Sun recently published an article that gives us a clue about what the result will be.  What the article does not address is the role China will play in Afghanistan with America gone.  This begs the question:   Better to fight there or here at home?  They write:

ONE of America's most wanted terrorists with a $5million bounty on his head has reappeared in Kabul as Taliban leaders gather to map out the future of the war-torn country.

Al-Qaeda terrorist Khalil Haqqani pledged a new era for Afghanistan as he was seen leading prayers for Taliban fighters at a mosque in the Afghan capital on Friday in front of adoring fans.

Haqqani is a US-designated terrorist with a $5million dollar bounty on his headCredit: Rex

The Haqqanis have been blamed for some of the deadliest terror attacks across the world in recent years, claiming the lives of civilians, government officials and foreign forces.

They have been designated a foreign terrorist group by the United States - and the jihadists are also under United Nations sanctions.

Despite their reputation, they are expected to be powerful players in the new regime following the Taliban's takeover of Afghanistan last week - casting doubts on the group's pledge not to harbour terrorists.

According to the New York Times, Haqqani told the crowd on Friday: "Our first priority for Afghanistan is security. If there is no security, there is no life.

"We will give security, then we will give economy, trade, education for men and women. There will be no discrimination."

Another key leader of the Haqqani network - Anas Haqqani - was also in the capital on Friday.

The shadowy group - one of the most powerful networks behind the Taliban’s rise to power - was formed by Jalaluddin Haqqani, who gained prominence in the 1980s as a hero of the anti-Soviet jihad.

At the time, he was a valuable CIA asset as the United States and its allies, such as Pakistan, funnelled arms and money to the mujahideen.

He later allied with the Taliban who took over Afghanistan in 1996, serving as a minister for the Islamist regime until it was overthrown by US-led forces in 2001.

The Haqqanis have a reputation for frequently using suicide bombers - including drivers in cars and trucks packed with huge amounts of explosives - and have carried out deadly assaults on major targets.

According to the US National Counterterrorism Center, Afghan forces intercepted a Haqqani truck in eastern Afghanistan in October 2013 that contained nearly 28 tonnes of explosives.  (there’s more.  Click here to access the original).