Neither Honor nor Shame 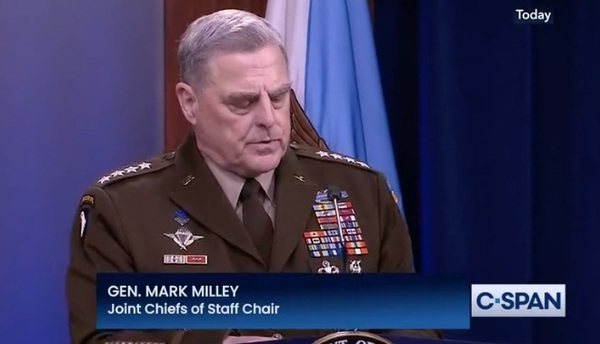 I don’t like senior officers bedecked in countless medals for two reasons:

First, they tend to serve as an unspoken bulwark against any legitimate criticism, not of the bearer's past service, but of their current horrendous policy prescriptions.

Second, the awards seem to grow flashier the farther their bearers drift from the actual shooting. I will use myself as an example:

In contrast, my grandfather served as a private in the U.S. Army and fought against Hitler's Wehrmacht in France and Germany. He fought on the front lines the entire time. He came back with a Bronze Star for heroism, a Purple Heart for wounds sustained from a grenade, and a campaign medal.

My grandfather killed Nazis for a year straight and took a grenade to the leg. For his troubles, he received three awards. I did my non-combat job fairly well, kept in shape, drank too much, and haven't received any letters stating the kid was mine. For this, I received five awards. Considering he was a war hero, and I was literally the farthest places on the planet from the wars of the time, it never sat well with me that I somehow "out-medaled" my grandfather. I figured this was just a lamentable sign of the times, as we drifted from the Greatest Generation and Kennedy's inaugural address to our current participation award narcissism.

But at any rate, my grandfather would need to fight in six more world wars to rack up the Christmas tree decorations we see bedecked across the uniforms of Chief of Staff Mark Milley and now-Secretary of Defense Lloyd Austin. Looking at their chest ribbons, one could be forgiven for assuming they won wars singlehandedly. Some North Korean generals are less decorated.

The United States government awarded Dwight Eisenhower 10 medals for his entire career, Douglas MacArthur 20 medals, and awarded Austin and Milley 22 and 20, respectively. MacArthur fought valiantly in both Mexico and in the First World War and, as Supreme Commander South Pacific Forces during the Second World War, brought Japan to its knees. Eisenhower never personally engaged in combat, but it's fair to say history will judge his accomplishments (at least, for the ones that benefitted our side) as somewhat more considerable than the current "white rage" witch hunts Forrest and Bubba are conducting in between their unconditional surrenders.

So, as far as our own government's knighting ceremonialists are concerned, the two generals most responsible for our humiliating retreat from a horde of illiterate goatherds leave in their dust the two generals whose strategic acumen saved the world from Nazism and Japanese imperialism. But regarding the opinions of the nations on whose fields these clashes of civilizations are actually won or lost? Not so much.

Do you know what Austin nor Milley will never receive medals for? For neither honor nor shame, because neither of them possesses these qualities at present. Had they any honor now, they would have resigned (and alerted the public) when it became apparent that Biden was intentionally steering this locomotive straight off a cliff. Had they any shame, they would have resigned after Kabul fell, if only to make room for people with enough courage to stand up for what's right, despite the consequences to their career. Lieutenant Colonel Stuart Scheller comes to mind.

When the dust settles and the blood dries, Austin can go back to the board of directors at Raytheon, Nucor, Tenet Healthcare, and Pine Island Capital. Milley can churn out the standard 199-page, run-of-the-mill yawn-fest congratulating himself for his unparalleled service, mawkishly titled A Soldier's Soldier or some such (I'm thinking Michael Hayden or James Mattis could write the intro). But as of now, when it matters, it doesn't look like either of them or their sycophantic entourages, are leaving by their own volition anytime soon.

The Boltonite sages at Foreign Policy laud Austin's "nearly instinctive commitment to rebuilding U.S. alliances". Now that he and Milley almost singlehandedly destroyed every alliance we had, he'll have all the "rebuilding" he can handle. The good news is he's got help. Veterans are organizing and going back into Afghanistan, at their own risk and on their own dime, to rescue the Afghan interpreters who fought at our side for two decades. They are doing this across the entire country of Afghanistan. Meanwhile, "leading" from Washington D.C., His Royal Majesty Twenty-Two Medaled Four Star General Secretary of Defense Lloyd Austin III commands the most lethal military in human history, and he doesn't "have the capability" to venture outside the airport in Kabul.

We'll see who gets the medals, and the book deals, and the private sector "consulting" salaries, and the CNN contributor gigs...these veterans keeping the promises made by our country, or the "leaders" who broke them.