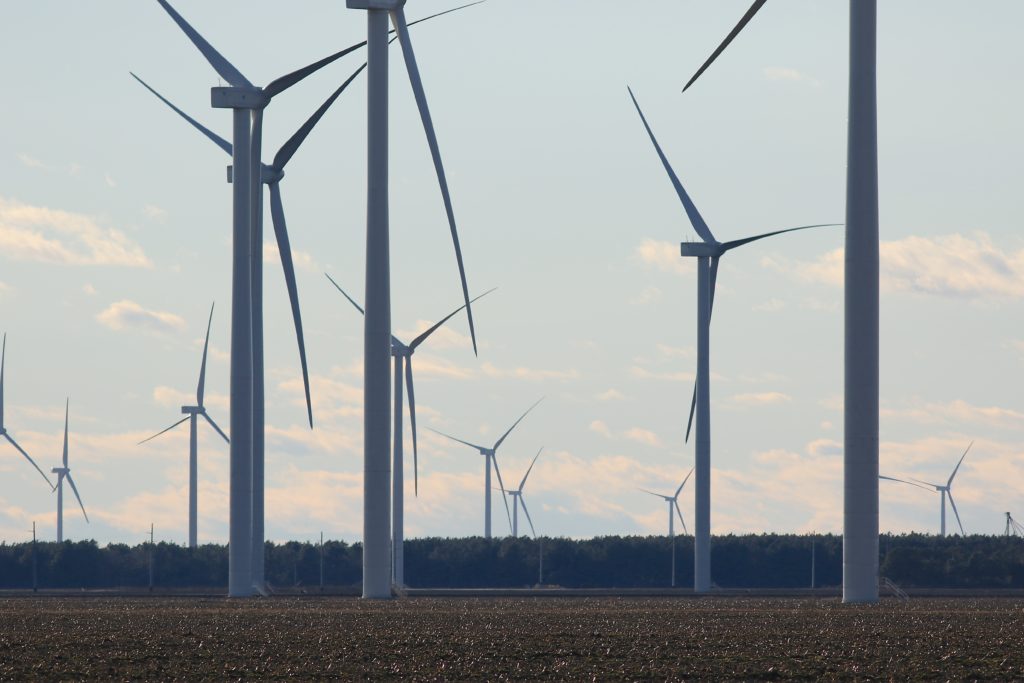 The project hasn't gotten final approval from federal regulators, and in recent comments to the Bureau of Ocean Energy Management, one expert urged environmental reviewers to refrain from proceeding with the project because of significant negative environmental, economic, and ecological problems.

The expert, economist Jon Sanders, John Locke Foundation senior fellow in regulatory studies, in his comments to BOEM highlights the fact such projects simply fail to deliver the environmental benefits purported by politicians and activists.

That academic public input matches the sentiment of local fishermen staunchly opposed to the project.

"Personally, I found it shocking how little fish and fisheries seemed to be considered in the decision and development process," says Bill Gorham, an avid fisherman and owner of Bowed Up Lures, a local fishing tackle maker.

While fishermen's input isn't exactly sought out by regulators or project sponsors, those fishermen certainly notice the chatter around similar projects in nearby states. Just north of the Outer Banks, off Virginia's coast, an industrial-scale offshore wind farm owned by Dominion Energy is planned for completion by 2027. Gorham sees concerns over that project as a precursor for the problems that could come with a similar gust of "green" energy production off of the Outer Banks.

Even spread among 50,000 acres of open ocean, the superstructure windmills could affect migratory patterns of certain species, or affect access to migrating fish species based on the given location of wind farms, Gorham says.

He thinks such installations may affect fishery sampling and surveys issues, he worries about written assurance of access to fishing grounds, and he wonders just what these companies plan to do if hi-tech windmill blades ever turn into floating debris, in turn endangering vessels or washing up on shorelines.

"I actually found myself asking why we have such strict federal fisheries management requirements and endangered species protections if then, years later, we possibly rubber stamp the building of wind farms that leave a lot of unanswered questions of the impacts to fish stocks and endangered or protected species," says Gorham.

The potential negative effects on the ecosystem are one of three main reasons Sanders, in public comments to BOEM, argued against approval.

Sanders described how the project could have a significant impact on marine wildlife and the natural environment. He argued the effects on local wildlife would inevitably affect the economy of local communities, like those with a strong heritage of commercial fishing. Of particular concern to Sanders, and to the fisherman, is the annual "Cold Pool" process, which is essential to the survival of commercially important wildlife and instrumental in the production of nutrients vital to the ocean food web. The Cold Pool is a distinct feature of the mid-Atlantic, with enormous ecological and economic importance.

"We don't know enough to assess the depth of impact a project as big as the Kitty Hawk wind project could have on the mid-Atlantic's Cold Pool, rich marine habitats, oceanography, and industries built up around them, especially fishing," Sanders said. "Even if President Biden wants 'aggressive' action on offshore wind, the BOEM should pump the brakes on this project without serious, in-depth study."

Gov. Roy Cooper, too, has leveraged the executive branch to promote offshore wind energy aggressively as a focus for development. Despite the fact such expansion into wind energy isn't part of the most recent energy reform proposals in the legislature, projects like the one proposed off of Kitty Hawk would be consistent with Cooper's green-energy focus.

That worries commercial fishing interests who, for years, have viewed the environmentalist movements behind the green push as a threat to the industry's very existence.

From micromanaging the equipment they use, the catch they're allowed to keep, and the times and places they're allowed to fish, to now proposing a wind farm covering 50,000 acres of prime fishing waters, the concerns of commercial fishermen are understandable.

Due to the non-dispatchable, inherently unreliable, and variable nature of wind energy, depending on backup energy generation - often derived from fossil fuels - is essential. This negates some, if not all, greenhouse gas mitigations that might have occurred from using wind energy exclusively, Sanders said.

The negative effects of the project extend well beyond the environment, though.

"The benefits of this project are speculative, and when fully considered, even its environmental benefits could be more than offset," said Sanders. "Its economic costs are more certain and far-reaching, especially on poor families."

That's because wind energy is the most expensive and least efficient method of energy production and distribution, especially when compared to nuclear and natural gas, and that means higher prices for ratepayers.

"Because wind energy would replace lower-cost energy, it will disproportionately impact lower-income ratepayers who allocate up to one-third of their take-home pay to cover their energy bill," says Sanders. "In addition, the project will likely increase unreliability into the system, which would require accounting for the higher risk of California-style blackouts."

Assuming the project is approved, locals point out the "jobs created" idea probably won't help North Carolina. Inlet access, dredging, and adjusting to constantly shifting sands is an ongoing battle for mariners in the Outer Banks. Without the feds funding a long-term fix for inlet navigability, Gorham assumes the jobs and any economic benefits associated with the manufacture, transport, construction, and servicing of the massive windmills will instead go to Virginia.

As for the local economies, and the ratepayers reliant on affordable and reliable energy, the proposed offshore windmill projects don't quite fill their sails.
Go Back