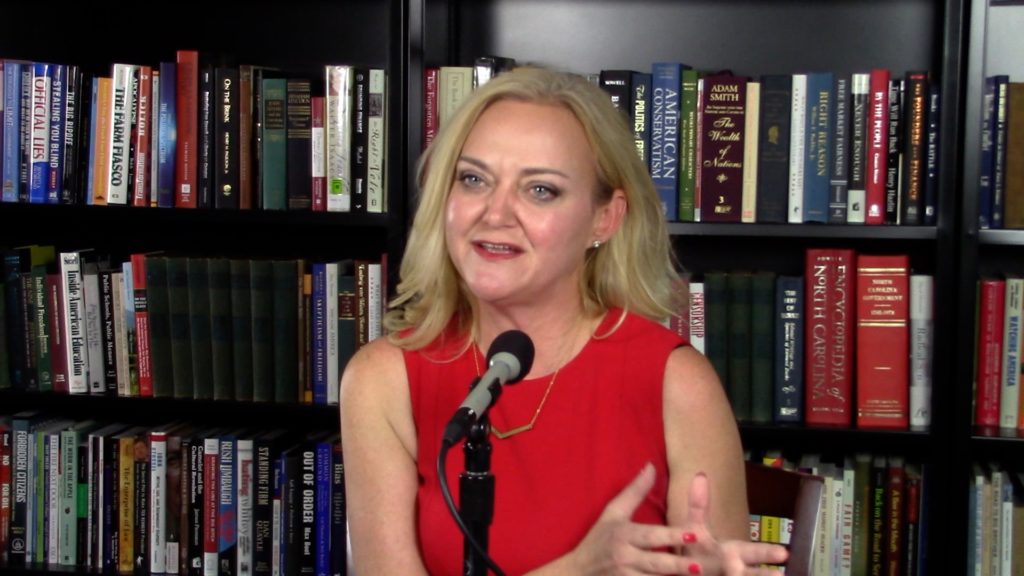 The head of the N.C. Institute for Constitutional Law raises serious questions about a plan to block two N.C. Supreme Court justices from hearing a case involving voter ID.

"The plaintiff in this case fought the voter ID amendment and could not win when voters went to the ballot box in 2018," said Jeanette Doran, NCICL president and general counsel, in a blog entry. "They couldn't win when they lost in court the last time. They are at the North Carolina Supreme Court now."

"Their motion to disqualify may sound reasonable, but it isn't," Doran added. "It is just a desperate, legally baseless attempt to stack the cards in their favor."

The state Supreme Court had been scheduled to hear oral arguments Tuesday in NAACP v. Moore. The case challenges two state constitutional amendments N.C. voters approved in 2018. One would mandate voter ID for future N.C. elections. The other would lower an existing constitutional cap on income tax rates.

Without explanation, the court had pulled the case from its calendar by Tuesday morning. Justices have not yet resolved a motion filed by the plaintiffs on July 23. The motion seeks to have Justices Tamara Barringer and Phil Berger Jr. removed from the case.

The NAACP's lawyers "are playing hardball each step of the way," Doran said of the plaintiff's legal strategy. "Using a United States Supreme Court decision that certain legislative districts were unconstitutionally drawn following the last decennial census, the NAACP claims that the legislature lacked authority to pass the session laws that proposed the amendments to the people for ratification."

After winning with that argument at the trial-court level and losing at the N.C. Court of Appeals, the NAACP is appealing now to the seven-member state Supreme Court. But the plaintiffs want to eliminate the court's two newest justices. Both are Republicans.

Barringer is targeted for removal because she served as a state senator from Wake County when the General Assembly voted to place the constitutional amendments on the ballot in 2018.

Doran points to one example from recent N.C. history of a Supreme Court justice who considered cases linked to his time as a state legislator. Willis Whichard spent the 1970s in the General Assembly, then served as a judge on the state Court of Appeals before joining the state's highest court.

"While serving on Court of Appeals, he not only participated in cases in which the court considered the constitutionality of legislation, he actually authored the court's decision in State v. Stanley, ... concerning the constitutionality of a probation law which had been revised several times during his years in the General Assembly," Doran noted.

"While on the North Carolina Supreme Court, Justice Whichard wrote the majority opinion upholding the constitutionality of certain economic development incentives by distinguishing prior cases by relying on two constitutional amendments from the 1970s - a time when he served as a legislator," she added.

So there's at least one high-profile counterexample to the NAACP's argument against justices hearing cases related to earlier legislative work.

"As for the argument that Justice Berger should be disqualified because his father is in the legislature, that is just as uncompelling as the plaintiff's first argument," Doran added. "Justice Berger's father is part of the case 'in his official capacity only.' Indeed, the pleadings and briefs throughout the case describe him and another defendant as being sued in their official capacities. This is a common practice in litigation against the government."

"In practical terms, that means that Justice Berger's father is a party in the case in name only, not in a real or meaningful way," she said.

Doran spots a strategy in the campaign to remove Barringer and Berger. "Plaintiff's counsel has looked at the seven justices of the Supreme Court and is predicting which justice will vote which way," she said. "Now, it seems they are trying to skew the votes. The clearest sign of that is who isn't the object of the plaintiff's motion, Justice Anita Earls."

Doran quotes from the defendant's response to the motion to remove Barringer and Berger. "If Plaintiff's Motion were fixed in institutional concerns or fair readings of the judicial code, and not perceived vote counting, Plaintiff would have challenged another justice's hearing of this case as well. That they did not speaks volumes."

The effort to remove two Supreme Court justices from a high-profile case has little legal support. "Hopefully, North Carolina's highest court sees through this antic," Doran's blog entry concludes. "If the justices don't, voters may very well do so themselves at the next judicial election."
Go Back