N.C. lawmakers send anti-indoctrination bill to Cooper | Beaufort County Now | One of the most hotly debated bills of the legislative section cleared its final hurdle Wednesday, Sept. 1, and now heads to Gov. Roy Cooper, who could add the measure to his growing list of vetoes.

Published: Tuesday, October 5th, 2021 @ 9:11 am
By: Carolina Journal   ( More Entries )
Publisher's Note: This post appears here courtesy of the Carolina Journal. The author of this post is David Bass. 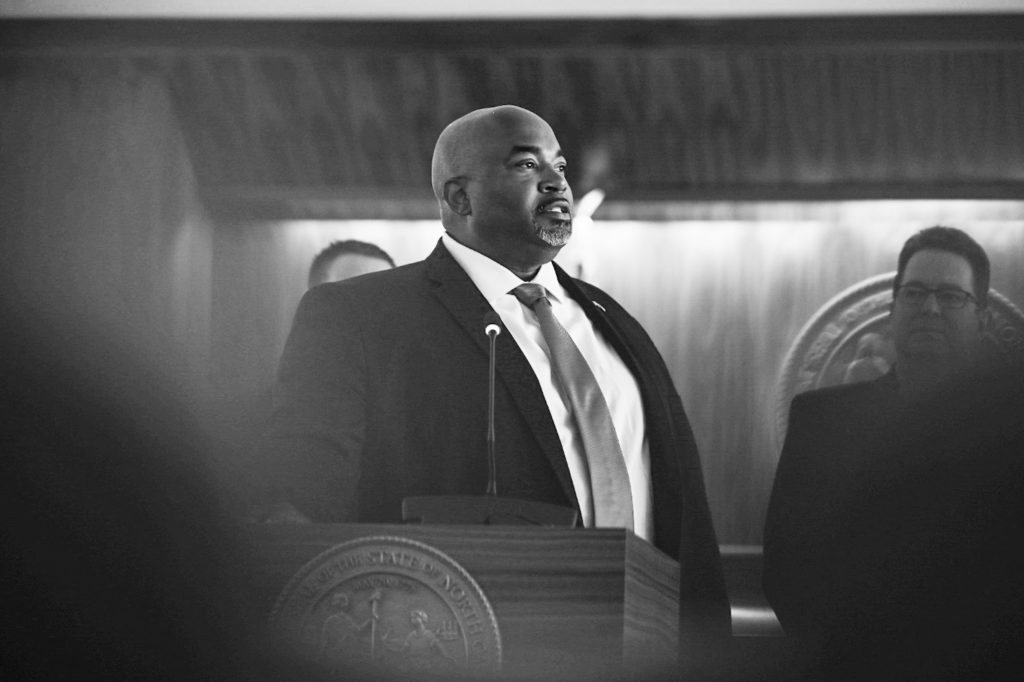 One of the most hotly debated bills of the legislative section cleared its final hurdle Wednesday, Sept. 1, and now heads to Gov. Roy Cooper, who could add the measure to his growing list of vetoes.

House Bill 324, Ensuring Dignity and Nondiscrimination in Schools, passed a concurrence vote in the N.C. House by a 61-41 margin along party lines, with Republicans voting in favor and Democrats against. The bill would ban the teaching of 13 discriminatory concepts in the classroom, including:

An individual, solely by virtue of his or her race or sex, is inherently racist, sexist, or oppressive.

An individual should be discriminated against or receive adverse treatment solely or partly because of his or her race or sex.

A meritocracy is inherently racist or sexist.

Particular character traits, values, moral or ethical codes, privileges, or beliefs should be ascribed to a race or sex, or to an individual because of the individual's race or sex.

Each of these ideas has been linked to Critical Race Theory, but sponsors stressed during the floor debate that the scope extended well beyond CRT.

"This legislation is written to prohibit schools from endorsing any ideology that treats people in a prejudicial manner, both now and in our future," said Rep. John Torbett, R-Gaston. "North Carolina must have an education system that unites our children, not divides them."

A number of Democrats spoke in opposition to the bill, calling its contents over-reaching and insulting to public school teachers.

"The bill before us robs young minds," said Rep. James Gailliard, D-Nash. "This legislation, whether intended or not, is about censorship and about book banning. This legislation has a near fixation on references to race, racism, sex, oppression, if you just read the words of the bill."

"From time to time, what happens here is that we hear debate on a bill that's not in front of us. That's what's taking place today," Hall said. "Much of the criticism that I've heard today is about a bill that's simply not before this body today."

"We've heard the claim that this would somehow prevent teachers from teaching about the civil rights movement," Hall added. "Yet if you actually read the text of the bill, it makes it clear that teachers can't compel students to believe, among other things, that an individual should be discriminated against or receive adverse treatment solely because or partly because of his or her race or sex. That's the very essence of the civil rights movement - that we don't treat others differently based upon their race. That's what this bill prohibits."

The Senate voted last week 25-17 to pass the H.B. 324 in a debate that frequently became personal and testy, including in a Senate committee where Sen. Jay Chaudhuri, D-Wake, accused Republican Lt. Gov. Mark Robinson of pushing a Fox News-driven agenda and seeking to conduct a "witch hunt" of teachers. Robinson, the state's first black lieutenant governor, labeled Chaudhuri's characterization an insult, pointing out that the legislative action stemmed from hundreds of complaints from parents and teachers.

In a statement released after the final passage of H.B. 324, Robinson praised the measure, saying, "North Carolina needs to take the lead in protecting our children from anti-American indoctrination. While we should know and understand the history of our country, we need to teach the next generation what lessons we learned from our past, how far we have come as a nation."
Go Back