Published: Wednesday, October 20th, 2021 @ 11:52 am
By: Carolina Journal   ( More Entries )
Publisher's Note: This post appears here courtesy of the Carolina Journal. The author of this post is CJ Staff. 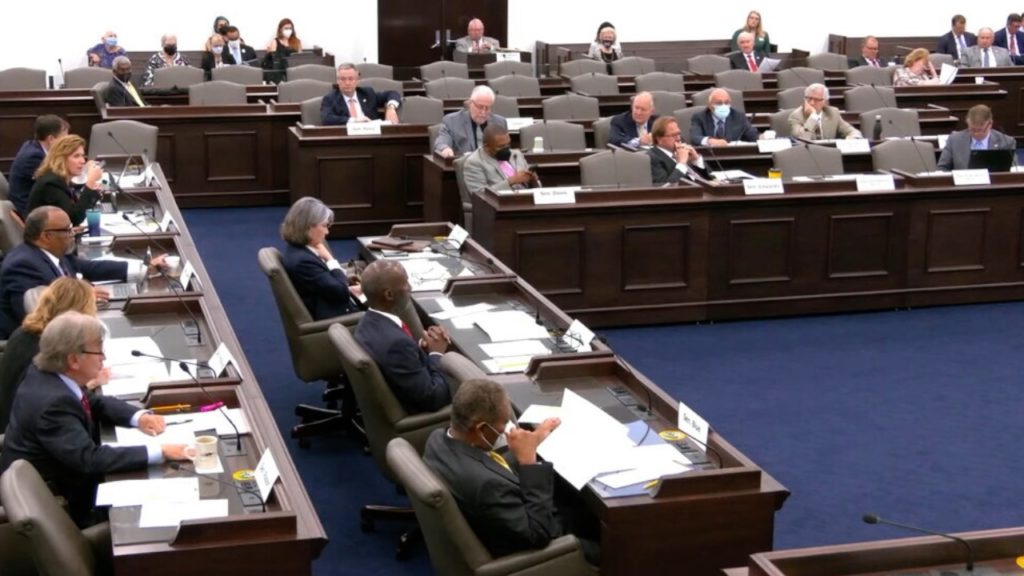 The state Senate has voted again, 27-15, to place new limits on the governor's emergency powers. The Senate's endorsement of the measure returns the issue to the state House.

The political parties split on House Bill 264, with Republicans voting yes and Democrats voting no.

Under the latest version of the bill, the governor would need to consult other elected officials to enact emergency measures that last longer than a week.

"An executive order that is entered at the time of an emergency would not be beyond seven days - unless a majority of the Council of State ... vote in concurrence to have that executive order extend for up to 45 days," said Sen. Danny Britt, R-Robeson, on the Senate floor. The Council of State is a 10-member body featuring every statewide elected executive branch official, including the lieutenant governor, attorney general, and secretary of state.

Even the Council of State's concurrence would have limits. "In those instances, those executive orders would extend for only 45 days unless the General Assembly extended that further," Britt added.

Britt explained the need to place a time limit on the governor's executive orders. "We've been in this pandemic for a long time," he said. "We want our leader in this state to be empowered by the Emergency Management Act, as he has been ... to be able to act in instances of an emergency, especially when we're talking about natural disasters."

The Emergency Management Act was not designed for a situation like the COVID-19 pandemic "that has extended for almost 18 months," Britt said.

"Our country is founded - and our state is founded - on the belief that we don't need to have just one individual making all the decisions without the collaboration of others," he said.

Emergencies lasting longer than a month and a half will require input from "General Assembly members, who represent folks from all over, all regions, all sectors in this state so we can have more input from more people than just one individual."

Britt reminded colleagues that a pending lawsuit addresses the issue of whether the current Emergency Management Act violates the state constitution. Critics contend the EMA delegates too much legislative authority to the governor.

"This seeks to fix that issue, while still allowing our executive to have the power he needs to make the decision he needs to make during an emergency, but also ensures that everyone's voice is heard in collaboration going forward."

H.B. 264 resembled Senate Bill 346, which cleared the Senate in April. "In times of emergencies, there needs to be quick action, and the General Assembly doesn't have time to meet and change policy. That's why decades ago the legislature delegated some power to the governor," said Sen. Bill Rabon, R-Brunswick, in a news release. "However, it's clear that after 18 months of unilateral decision-making, that authority needs additional checks and balances."

No Democrat spoke during the Senate's floor debate.

Democratic Gov. Roy Cooper has vetoed previous efforts to scale back his emergency powers. Unless some legislative Democrats are willing to join Republicans in supporting H.B. 264, the latest measure could face the same fate.
Go Back