Duke symposium pushes for further redistricting reform | Beaufort County Now | There is broad agreement that North Carolina is better suited to handle redistricting in a more transparent fashion than a decade ago, but further improvements can be made to the process according to a wide spectrum of speakers at Duke University’s Redistricting and American Democracy two day sympos

Published: Sunday, November 7th, 2021 @ 8:49 am
By: Carolina Journal   ( More Entries )
Publisher's Note: This post appears here courtesy of the Carolina Journal. The author of this post is Dallas Woodhouse. 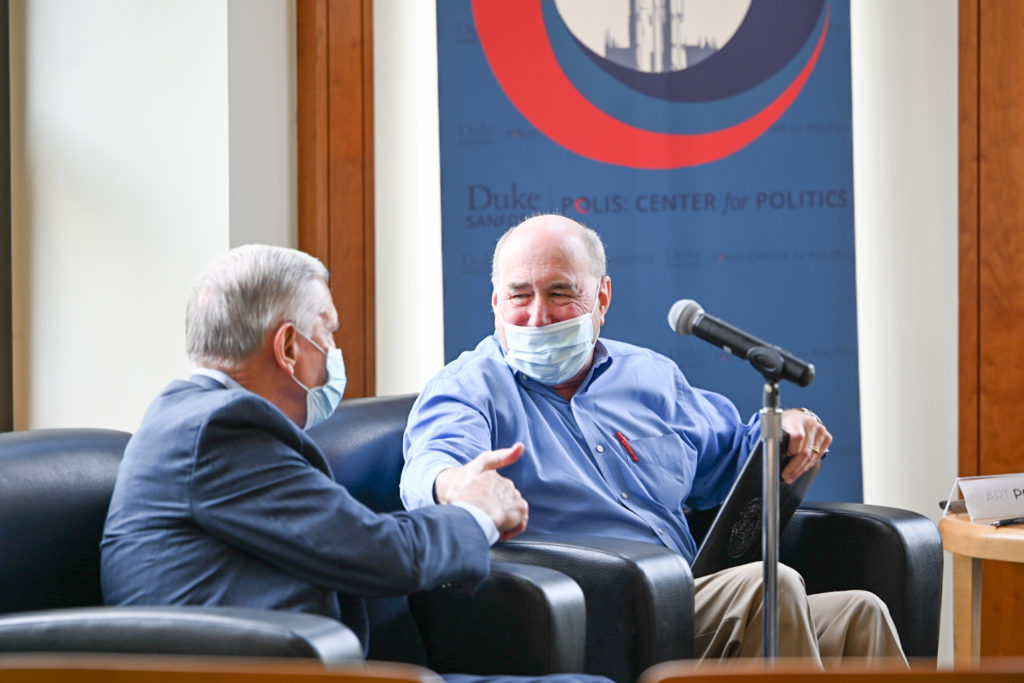 There is broad agreement that North Carolina is better suited to handle redistricting in a more transparent fashion than a decade ago, but further improvements can be made to the process according to a wide spectrum of speakers at Duke University's Redistricting and American Democracy two day symposium.

The event included scholars, judges, and activists from across the political spectrum who examined the legal and political landscape of North Carolina redistricting.

While every speaker spoke of the need for increased transparency and hope for better processes, there was little consensus on exactly what reforms are needed and how to achieve them politically and constitutionally.

Pope Foundation President John Hood summed up the difficulties in deciding what goals are most important in redistricting and reform efforts.

"Members of the public are looking for something that is not crazy and is stable. However, most people are in favor of political districts that are competitive, districts where the outcome is not pre-determined once you get past the primary. They want rationality, they want competitiveness, but some also want proportionality.

But proportionality and competitiveness can be competing values," said Hood.

Ross a former president of the 17-campus University of North Carolina system and Pope, a former state budget director and one-time Republican member of the NC House, say they both support putting redistricting reform in the state Constitution through a statewide referendum.

Ross, stated "had the pandemic not completely consumed every legislative activity," bi-partisan reforms might have already been presented to voters for approval.

"In 2020, yes, I picked up the phone and talked to legislators on both the Republican and Democratic side," Pope said.

Pope and other speakers said the process so far this year is improved in significant ways. As reported by Carolina Journal previously, N.C. House and Senate committees officially adopted criteria for drawing legislative and congressional districts that forbid the use of partisan or election-results data to draw new district boundaries. That's a departure from previous redistricting under both Democrats and Republicans, in which partisan data played a key role.

"We need to start working today for a constitutional amendment for the next round," referring to the next round of redistricting.

Speakers from Common Cause and the League of Women Voters, who previously sued North Carolina over district maps, said they will be watching the map drawing process and the results closely. They believe the General Assembly should conduct more public hearings.

Hood added his perspective that removing all political considerations from redistricting is impossible. However, adopting traditional redistricting criteria that focuses on compact, congruent districts that keeps as many counties whole as possible while complying with the voting rights act and maintaining equal population, and putting the criteria in the state constitution, can curb the excess of extreme partisan map making.

Note: Art Pope is board chairman of the John William Pope Foundation. John Hood is the president. The organization is a supporter of the John Locke Foundation, the parent company of Carolina Journal.
Go Back