How did we get here: What’s it mean to be an American? | Beaufort County Now | John Szoka, an Army veteran, was thinking about 9/11. About the attacks and the aftermath. The ghost-like figures, covered in ash, emerging from the destruction.

How did we get here: What’s it mean to be an American?

Published: Saturday, November 13th, 2021 @ 8:31 am
By: Carolina Journal   ( More Entries )
Publisher's Note: This post appears here courtesy of the Carolina Journal. The author of this post is John Trump. 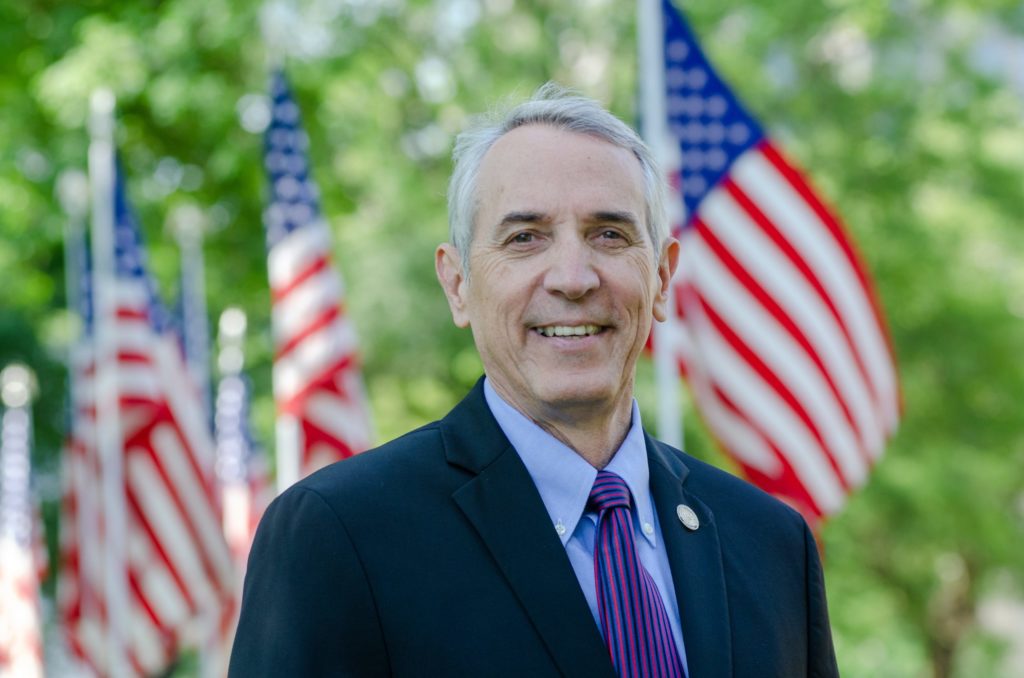 John Szoka, an Army veteran, was thinking about 9/11. About the attacks and the aftermath.

The ghost-like figures, covered in ash, emerging from the destruction.

All looking much the same. Shocked, shaken, and scared. No tags or labels.

"You couldn't tell if someone was black, white, Hispanic, rich, poor. Everybody was the same. We were all Americans, we were all the same," said Szoka, a retired lieutenant colonel and N.C. House Republican who represents Cumberland County, which includes Fayetteville and Fort Bragg.

The American culture, particularly in recent years, is shifting and seemingly careening off path, speeding toward steep and dangerous cliffs.

Compare that with the divisive country of today. We fight each other over ideologies, values, and the ways in which we choose to live our lives. The predominant idea now is those who think or act differently are, without argument, just plain wrong.

Of course, college freshmen in 2021 weren't even born when the terrorists attacked the World Trade Center and the Pentagon. It's hard for them to understand the sentiment then, particularly in the polarized country of today.

"They don't really have any kind of understanding of the sentiment of the time," said Andy Taylor, a political science professor at N.C. State University. "They didn't really even have that much of a sense of how unified the country was, for at least for a short period of time. That makes it a harder sell. And the kinds of issues that we tend to be focused on these days, particularly with regards to the pandemic and other matters, are inward-looking."

Szoka attributes this attitude, at least in part, to the idea of giving trophies to all, regardless of the outcome. Young people rally around socialism, or even communism, at the same time lacking any sort of historical context, or what those ideologies mean.

"How do we go from the nation rallying around the country to kids like this who are so misguided they don't even understand what America means?" Szoka asked. "They don't understand what it means to be an American, and this country really is the only country in the world where you can be, literally, president if you want.

"You can do whatever you want to do. You've got to work hard, and you're rewarded for that. I think some of that, and obviously, I'm a Republican ... has been engendered by the Obama administration, and now double-downed in spades by the Biden administration, of giving things out for free were. We're devaluing work and achievement."

"If the enemy's standing on your throat, you lost, you don't get a participation trophy. You don't get anything," Szoka says. "So, there's this weakening in the country, I think of what it truly means to be an American, and we need to get back to that. ... just pull together as a country once again. How we're going to make that happen, I don't know.

Szoka also blames a general lack of leadership, accountability, and responsibility, in myriad spheres but particularly in government.

Make a decision and own it, sans excuses and blame. As it is in the military. Afghanistan provides a glaring, if not horrific, example.

"All I've seen from the federal government, so far, from the people in power, is the complete lack of accountability and complete unwillingness to take on responsibility for any of the decisions they've made," Szoka said. "It's poor leadership taken to a new low level."

He points sharply at President Biden and his administration, which continues a mantra of blaming others yet excusing themselves.

For Biden and his people, the previous president is a popular target.

"Even if you're dealt a bad hand, President Trump has been out of office since January ... . He's not the president anymore. When you're in charge, take responsibility for your actions; be accountable for your decisions."

Many of Szoka's constituents are veterans, or even current military members. Or just people who live in a community dominated by military culture. Some of the often-colorful conversations, Szoka said, make him want to cry.

Stories from hard-working people, of all ideologies and color. People at all levels of income, doing all kinds of jobs. Many of the conversations carry a strong undertone of complete disgust, of disillusionment with Biden, who oversaw the mess of an exit from Afghanistan.

People who are "thoroughly and utterly disgusted."

"I haven't polled it," Szoka said, "but just based on who's calling me, it's pretty much that every group is entirely pissed off."

Then there are the wounded service members, those with injuries both visible and hidden from public view.

"Veterans are incredibly distressed," he said.

These aren't weak people. But they are people willing to give their lives for their country, and they most certainly expected something better than the debacle in Afghanistan. Their service should have value, meaning.

"What I tell folks is there's huge value in it, and don't ever doubt that for a minute," Szoka said.

The U.S. hasn't seen a major attack at home since 9/11, he said, and we've shown thousands of Afghans that there can be another way to live, and to prosper.

The way the U.S. left Afghanistan, however, failed horribly in conveying that message.

"I was thinking," Szoka said, "that if President Biden had been a member of the military, he should be court-martialed for complete ineptness. That was my first thought."

American support for the war in Afghanistan has slowly yet steadily waned since our involvement some 20 years ago, and that goes across administrations, said Taylor.

Again, our exit will engrain an ugly exclamation point. Imposing a hard deadline was one problem.

"This is something that President Bush, actually, and to some extent President Obama, talked about in Iraq," Taylor said. "You don't want to give people an actual deadline, because then your enemy will be able to adjust strategy accordingly, and it puts you at a significant disadvantage.

To that extent, he said, Trump is as culpable as Biden.

"He really started to push us with the withdrawal," Taylor said. "His administration negotiated with the Taliban, and the withdrawal was part of that. ... [But] it still had to be executed, and that clearly is where you can point the finger solely at the Biden administration. If they were kind of geared for this, there should have been some significant plan of how to get U.S. citizens, and those the U.S. wanted to get out, out of Afghanistan."

That would involve considering important factors, such as better predicting the capacity of Afghan forces to resist the Taliban's advances, or worker harder minimize the amount of equipment's the U.S. - or, for that matter, the Afghan forces - would leave for the Taliban.

Taylor says the past two presidents may be the least internationalist presidents the U.S. has elected since the end of World War II.

Trump preached "America First." But Biden, as Taylor says, has an extensive foreign affairs pedigree, including chairman of the Senate Foreign Relations Committee.

"It's the principal reason, I think, why Obama picked him to be his running mate in 2008, and it is interesting that he seems uninterested in international affairs and foreign policy and is going along with a project to withdraw the United States, particularly from the Middle East, and possibly from other parts of the world, and to have a very constrained, narrow view of what American interests are.

"Both of them," he said, "and Obama to a large extent, talk about this pivot to Asia, and maybe we should concentrate on the Chinese. But that's, at most, a Cold War; it's nowhere near a hot war, obviously. It's not even much of a cold war at the moment."

The two most recent presidents, Taylor said, left many with the sense they were largely unconcerned about what's going on in the world, and not too worried about America's role in it.

Still, America as a collection of individuals has often proven more adept at leading the conversation, at shifting a culture the skews American values, back on course.

Szoka sees reason for hope. In the young people he meets at the legislature and in the community. People, who, in his words, "get it."

"It's not universal that we have to continue down this road, that mediocrity is rewarded, and that exceptionalism is not the standard."
Go Back