Published: Friday, October 29th, 2021 @ 3:47 pm
By: Daily Wire   ( More Entries )
Publisher's Note: This post appears here courtesy of the The Daily Wire. The author of this post is Ben Johnson. 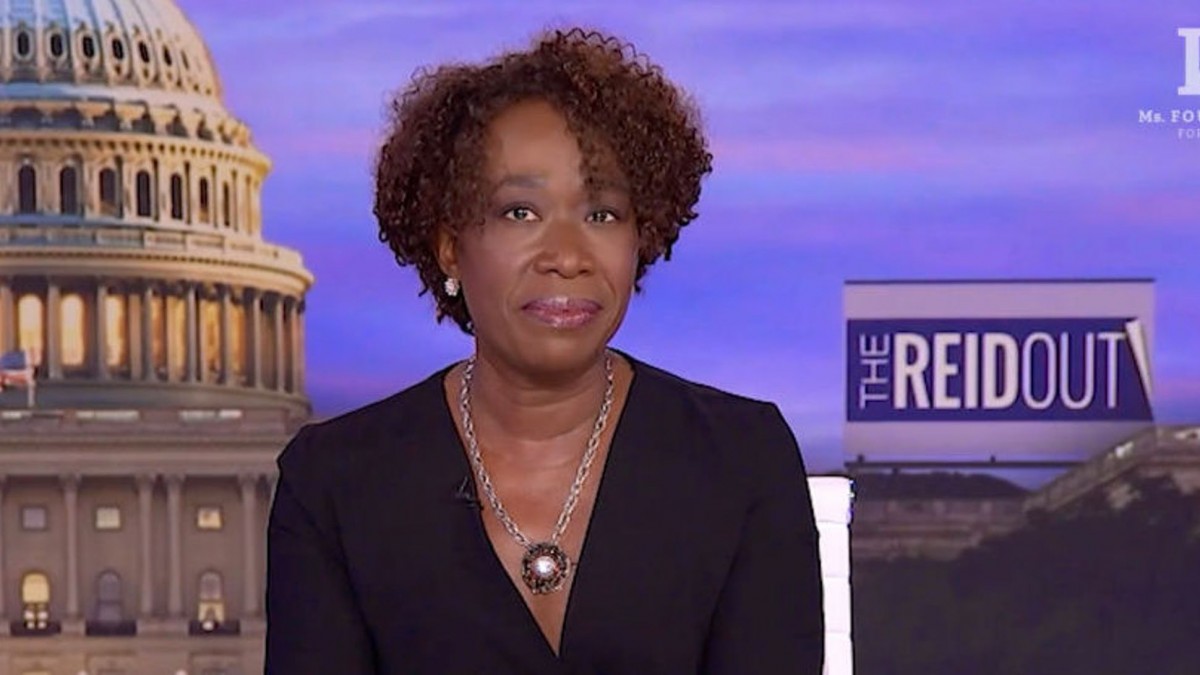 Joy Reid's latest controversial comments came during an exchange with Robert P. Jones, the CEO of the Public Religion Research Institute, on Thursday's episode of "The ReidOut."

Joy Reid said that evangelical Christianity is "all about personal morality, which, in your view, sort of crowded out having to care about other people." Reid asked if evangelical Christians teach "a religious construct that says all that matters is, if I sin, I personally seek salvation, and it's just about that - and I don't have to really worry about my fellow man, the poor, the immigrant?"

"Yes," replied Jones. "I describe it as a kind of holding a light too close to your face, where the background just recedes from being visible." He said the evangelical Christian's "hyperfocus on personal morality, personal sin ... really does occlude any sense of social justice."

Reflecting on his childhood in the South, Jones said that evangelical Christianity allegedly excludes social concerns "by design - and that's the important thing to say here. It was no accident, right? They all just constructed ... a worldview that can be simultaneously so concerned with personal sin and so indifferent to, and even actively working against, equal rights for black and brown Americans at the same time."

Jones is a longtime critic of evangelical Christianity. The claim that left-wing policies violate the faithful Christian or Jew's "religious liberty was originally developed as a political sleight-of-hand tactic to cover a white supremacist agenda," Jones wrote in an article for Americans United for the Separation of Church and State. And, as Daily Wire's Hank Berrien reported, "Jones authored a book titled White Too Long: The Legacy of White Supremacy in American Christianity, and another titled The End of White Christian America."

But, according to some of the nation's foremost evangelical scholars, Jones' and Reid's summary of evangelical Christian beliefs misses the mark.

Dr. Albert Mohler, one of the nation's most respected evangelical scholars and the president of The Southern Baptist Theological Seminary, called Reid and Jones' comments "slander against evangelical Christianity on the part of those who want to transform Christianity into nothing more than a social justice movement."

"We face a concerted effort in the larger society and in so many in the mainstream media to depict Christianity as nothing more than social justice and evangelical Christians as missing the mark. That agenda is laid bare in the exchange between Joy Reid of MSNBC and her guest Robert P. Jones," Dr. Mohler told me. "All the Christian worldview is based upon the two imperatives that we are to love God and to love our neighbor. That love of neighbor takes tangible shape" in evangelicals' acts of charity and generosity to others.

To further complicate matters, Reid used the term evangelical in "a sloppy, imprecise way ... to describe a political rather than religious class of people," said Trey Dimsdale, J.D., the executive director of the Center for Religion, Culture & Democracy, a think tank that that affirms "the importance of religion as public good for strengthening social bonds and reinforcing foundational freedoms." A 2019 Barna poll shows that a quarter of Americans define evangelicals by their political conservatism. In a highly charged political environment, that opens evangelicals to unique levels of hatred.

"It's a popular sport now to mock and stereotype evangelicals in ways that rightly are not acceptable for other religious groups," said Mark D. Tooley, the president of the Institute on Religion and Democracy, in an email to this author. "Supposedly white evangelicals are uniformly racist, selfish, chauvinistically nationalist, and xenophobic."

Tooley, a self-described "lifelong Methodist," pointed out that "surveys show evangelicals actually are generous to charity and to their communities." The Philanthropy Roundtable found that evangelical Christians have the second-highest level of charitable giving, behind members of the Church of Jesus Christ of Latter-Day Saints, but ahead of mainline Protestants, Catholics, and secularists. "Religious practice is the behavioral variable most consistently associated with generous giving," said the Almanac of American Philanthropy. The faithful "are also much more likely to give to secular causes than the non-religious." Two-thirds of people who attend church at least every other week donate their own money to charity, compared with only half of Americans who "never" attend religious services. Nonetheless, 39% of Americans under the age of 65 think "religion does more harm than good," as do 49% of people in that age group globally, according to a 2017 Ipsos poll.

Dr. Mohler said that his fellow evangelical Christians' generous, charitable concern for the less well-off grows naturally out of the biblical teachings they hear every Sunday morning (and Wednesday night). "Evangelical theology begins and ends with the Gospel of Jesus Christ, and that Gospel is about saving sinners. That Gospel also includes implications of love of neighbor. How Christians can best love our neighbor is a matter for ongoing conversation, but it is a slander against evangelicals to suggest that we do not take that responsibility seriously as a matter of obedience to the Lord Jesus Christ," he told me.

Dimsdale agreed that the true nub of the argument is whether Jesus' teachings about caring for the poor should be carried out by individuals and private charity or sweeping, top-down government programs. "No matter the policy preferences of any evangelical, there is an intrinsic part of his or her theology that drives service to others and the dedication of resources to efforts that cultivate human flourishing as widely as possible. What is at issue here is not really questions of theology, but prudential questions of policy," he said. "These disagreements are policy disagreements and not theological ones."

What Reid and Jones are really attacking is not evangelical Christianity but evangelicals' rejection of expanding government programs, evangelicals say. "It is true that most evangelicals who are on the Right politically, like all of those who are on the political Right, prefer public policies that enable local, voluntary efforts that are rooted in civil society rather than government. There are theological reasons for preferring this, but there are also political, sociological, and economic ones, too, so such preferences are not unique to evangelicals or even primarily driven by evangelical theology," Dimsdale, who is a Baptist, told me.

The evangelical leaders were quick to note that their fellow believers do not reflexively reject all criticism, whatever its origins. "All religious subcultures have their failures, quirks and virtues. Evangelicalism like all religious groups can be constructively critiqued," said Tooley. "But it does not merit slapdash demonization."

Evangelical thought leaders agreed that political policy differences should in no way besmirch the motivations of evangelical Christians, who are America's largest religious group, according to the Pew Research Center's Religious Landscape Study. Dimsdale said that "evangelical theology - which affirms the dignity and worth of every human being created in the image of God - takes seriously the plight of those who suffer and motivates generations of believers to intervene in effective, prudential ways that affirm this dignity and provide relief in the most effective, sustainable ways we can."

The views expressed in this piece are the author's own and do not necessarily represent those of The Daily Wire.