Biden After Meeting: ‘Doesn’t Matter When’ Bills Are Passed | Beaufort County Now | President Joe Biden left a meeting with Democrats on Friday implying that the timeline for the passage of the bills being debated in Congress isn’t important.

Biden After Meeting: ‘Doesn’t Matter When’ Bills Are Passed

Published: Tuesday, November 2nd, 2021 @ 4:36 am
By: Daily Wire   ( More Entries )
Publisher's Note: This post appears here courtesy of the The Daily Wire. The author of this post is Charlotte Pence Bond. 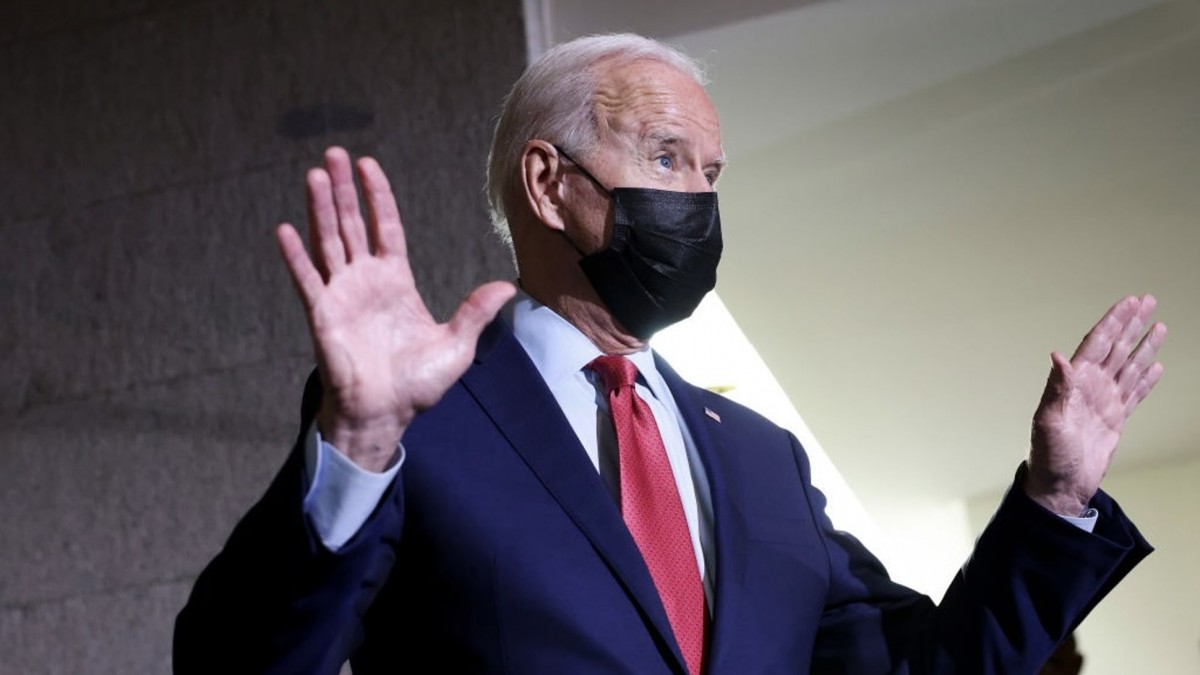 President Joe Biden left a meeting with Democrats on Friday implying that the timeline for the passage of the bills being debated in Congress isn't important.

As reported by The Hill, Biden met with the House Democratic caucus as discussions continue over how to pass the $1.2 trillion bipartisan infrastructure bill and the Democrats' larger social spending package.

"We're gonna get this done," Biden said as he left the meeting.

Biden's own political legacy might be at stake if the Democrats are not able to push through the larger social spending bill. However, the inability of the Democrats to get the smaller, bipartisan bill passed that includes funding specifically directed at classical infrastructure needs, such as roads and bridges, could serve to jeopardize them in the midterms.

The conversations happening within the party have led to a tense situation on Capitol Hill.

Up to this point, progressives in Congress have held fast to their pricey social spending bill while moderate Democrats in the Senate have said that they won't support a very expensive bill.

Senator Kyrsten Sinema (D-AZ) and Senator Joe Manchin (D-WV) have held fast to their line of spending and said they won't vote for anything as high as $3.5 trillion.

"The White House has been trying to get Manchin and Sinema to agree to a $2.1T reconciliation deal, but the framework is not enough for progressives to vote for the bipartisan bill. Biden now traveling to the Hill is a significant part of this effort to get it done," Fox News' Jacqui Heinrich said on Friday.

Sinema notably went back to Arizona on Friday, "likely marking an end to any serious negotiations, though she told media that she is still in contact with the White House on the matter," per The Daily Wire.

"While Biden lowered expectations for a vote Friday on the bipartisan infrastructure bill, despite a push from centrists, he also indicated that progressives should be ready to accept a smaller social spending package than the initially expected $3.5 trillion, to possibly a size more like $2 trillion, lawmakers said," The Hill noted, adding, "Biden did not specify a top-line number for the package, however."

Some Democratic lawmakers reportedly departed the meeting irritated by the sense that there isn't a hurry to pass the bipartisan bill.

"No one had a specific timeline, but it's not today," said Representative Jared Huffman (D-CA).

The Hill added, "Rep. Jim Costa (D-Calif.), one of the centrists who secured the original commitment from Democratic leaders to vote this week on the bipartisan bill, expressed frustration that the House vote didn't appear to be imminent after Biden's appearance."

As The Daily Wire previously reported on Friday, "Biden and Speaker of the House Nancy Pelosi (D-CA) have reportedly been desperately counting votes on the infrastructure bill since yesterday when Pelosi was forced to call off a planned vote on the measure, scheduled to take place around 6:30 pm. White House negotiators were still hard at work in Pelosi's office Thursday evening, according to sources on the ground that spoke to the Daily Wire."

"With progressives demanding Sinema and Manchin agree to pass the $3.5 trillion package before they'll sign on to the $1.2 trillion one, Pelosi appears to have called in the president himself to help handle her caucus breakdown," it added.