Biden Meeting With Congress Flops, Staff Stops Him From Answering Democrats’ Questions, Holds Pelosi’s Hand: Report | Beaufort County Now | President Joe Biden struggled to unite his party on Friday during a meeting with Democrat Members of Congress in Washington, D.C., over the massive social spending bill that the party is trying to ram through Congress.

Published: Sunday, October 31st, 2021 @ 11:13 am
By: Daily Wire   ( More Entries )
Publisher's Note: This post appears here courtesy of the The Daily Wire. The author of this post is Ryan Saavedra. 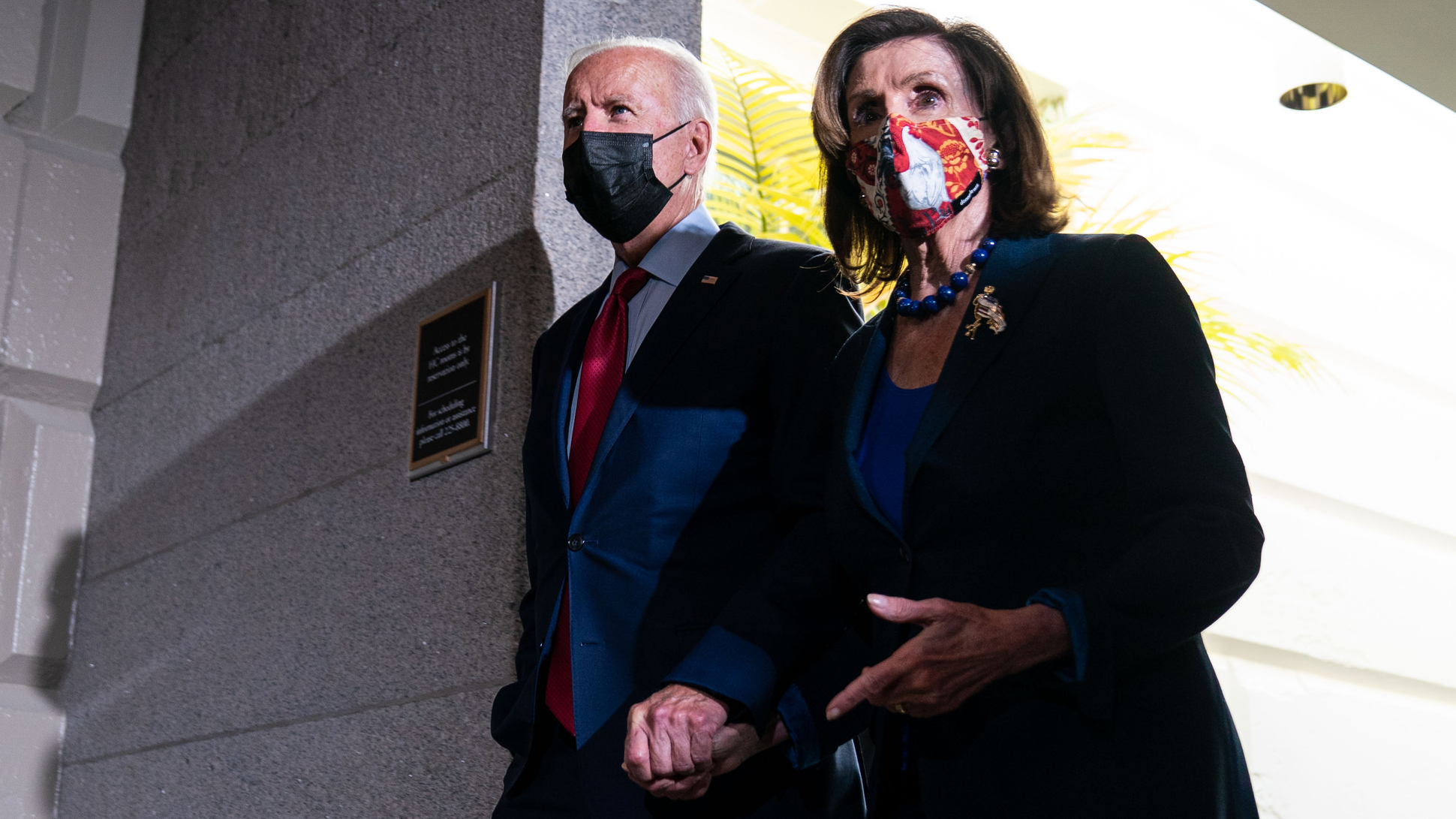 President Joe Biden struggled to unite his party on Friday during a meeting with Democrat Members of Congress in Washington, D.C., over the massive social spending bill that the party is trying to ram through Congress.

"One source describes Biden visit as a nothing burger - meeting with the highest of expectations and the lowest of results," Fox News reporter Jacqui Heinrich said. "POTUS made no ask for a vote tonight, said it's not going to happen until there's a reconciliation agreement."

Sarah Ferris, a reporter at Politico, said that Biden's staff stopped him from answering questions from his own party at the end of the meeting.

"INSIDE the caucus: At the end of his remarks, BIDEN offered to take questions from members but his staff jumped in," Ferris wrote. "He didn't take any questions."

Biden was also seen grabbing onto House Speaker Nancy Pelosi's (D-CA) hand and moments later snapping at a reporter who asked him why it was so hard for him to unite his party.

Rep. Pramila Jayapal (D-WA), one of the leaders of the far-left in Congress, said that Biden was clear that the two bills were linked and that they needed to reduce the cost of the enormous $3.5 trillion bill.

"We need to get this reconciliation bill and, you know, it's going to be tough," Jayapal said. "We're going to have to come down in our number."