Published: Tuesday, November 16th, 2021 @ 8:59 am
By: Carolina Journal   ( More Entries )
Publisher's Note: This post appears here courtesy of the Carolina Journal. The author of this post is CJ Staff. 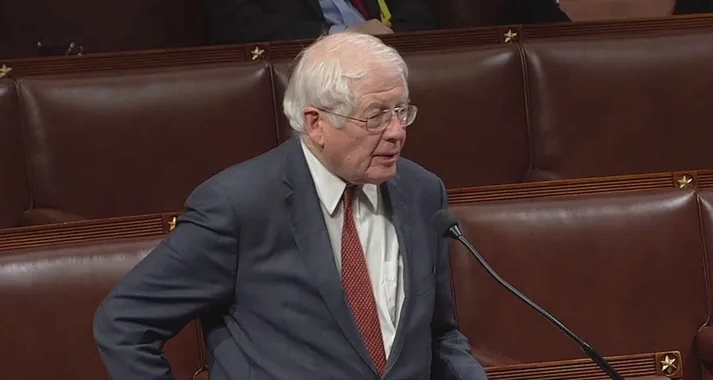 A leading national newspaper is linking U.S. Rep. David Price's retirement announcement to a national pattern. The New York Times cites Price's decision as one example of Democrats' "fading" hopes for maintaining control of Congress past 2022.

"The quickening pace of Democratic retirements in the House may be the clearest indication yet that the party's hopes of maintaining its narrow majority are fading amid President Biden's sagging approval ratings, ongoing legislative struggles, and the prospect of redrawn congressional districts that will put some seats out of reach," Jonathan Weisman writes for the Times.

A dozen U.S. House Democrats have announced they will not seek re-election next year. In recent days, the list has expanded to include North Carolina's Price, Budget Committee Chairman John Yarmuth of Kentucky, and Pennsylvania's Mike Doyle.

All three cited "personal issues" as "paramount" in their decisions, according to Weisman's reporting. "But they also cited three political factors: redistricting ahead of the 2022 elections, Donald J. Trump's continued power over Republicans, and the rising Balkanization of the Democratic Party, that they said had made governance increasingly difficult and frustrating."

The Times quotes Price's concerns about divisions within the Democratic Party.

"I have a concern that we will have the ability to pull ourselves together, and not fracture among the caucuses the way the Republicans have," he said.

Price also assessed the potential impact of the ongoing redistricting process, which will produce a new congressional map for North Carolina.

"But as those maps become more partisan, the prospect of polarization grows, Mr. Price said," according to the Times report.

The longtime 4th District representative also referenced the Jan. 6 violence at the U.S. Capitol. He told the Times the incident "has scarred the House and raised serious questions that I never thought would be raised, about the future of the rule of law, the acceptance of election results, the peaceful transfer of power and the very future of democracy."

As for fellow Democrats, "all of the newly announced retirees warned their colleagues that failure to pass the infrastructure bill and social policy 'reconciliation' measure would be politically disastrous for the Democrats," Weisman reports.

By the time of his retirement, Price, now 81, will have served 34 years in Congress.