General Assembly passes measure to rein in a governor’s emergency powers | Beaufort County Now | The N.C. House in a concurrence vote passed House Bill 264, Emergency Powers Accountability Act, 66-44, on Wednesday, Oct. 20. Specifically, the legislation requires the governor to get concurrence from the Council of State for an emergency declaration lasting more than seven days.

Published: Wednesday, November 17th, 2021 @ 11:03 am
By: Carolina Journal   ( More Entries )
Publisher's Note: This post appears here courtesy of the Carolina Journal. The author of this post is Theresa Opeka. 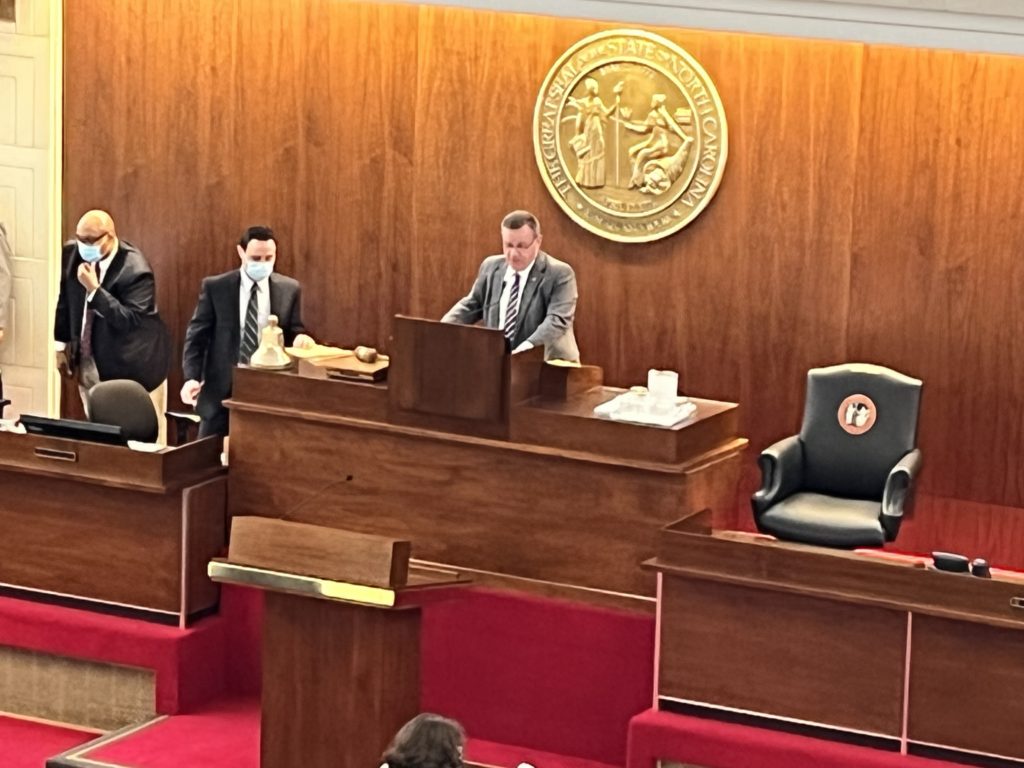 The N.C. House in a concurrence vote passed House Bill 264, Emergency Powers Accountability Act, 66-44, on Wednesday, Oct. 20. Specifically, the legislation requires the governor to get concurrence from the Council of State for an emergency declaration lasting more than seven days.

The bill heads to Gov. Roy Cooper, who, as of late September, has vetoed 11 bills this year and 64 since he took office in 2017.

Cooper, a Democrat, would have to notify the Council of State within 48 hours after declaring the emergency and get legislative approval to the measure extend beyond 45 days. Statewide, that would mean an emergency area of 67 or more counties. Cooper's original state of emergency because of the pandemic was issued on March 10, 2020, 589 days ago. Cooper's executive orders declaring states of emergency have set restrictions on people's movements, shut down businesses, limited gatherings, closed schools, and implemented mask mandates and social distancing.

After the initial vote, Rep. Charles Graham, D-Robeson, changed his vote from yes to no.

"It's interesting to see that change from Representative Graham, a declared candidate for Congress," said Mitch Kokai, John Locke Foundation senior political analyst. "He might have had a change of heart about placing new restrictions on the governor's now virtually unlimited emergency powers. But it's also possible that he's making a political calculation. To win a seat in Congress, Graham likely would need to win a Democratic primary. He might consider it more challenging to win that primary if he takes a public stance now against Gov. Roy Cooper on this bill."

"With no end date in sight, North Carolina has remained in a perpetual state of emergency. The need for checks and balances is arguably most crucial during a statewide emergency. No one individual should have the ability to exercise unilateral power during such an emergency," said House Speaker Tim Moore, R-Cleveland.

"This is a constitutional republic and all the authority is never intended to be vested in one person," said Rep. Keith Kidwell, R-Beaufort, primary sponsor of the bill.

He said if Cooper vetoes it, Republicans need two Democrats in the Senate and three in the House to override his veto, and he doesn't think that would happen.

"I am prepared to reintroduce the bill again in the next session when I get re-elected," Kidwell said. "If you look at the bill, vetoing [it] would show the unreasonableness of the governor. He doesn't need anything but the Council of State to declare an emergency, as is in current law, and he should have done that with this one. It only impacts when he declares a statewide state of emergency. That is defined by two-thirds or more of the counties."

"In our research, we don't see declared states of emergency for hurricanes, tornadoes, floods, things of that nature, that encompass that many counties. So it gives him plenty of latitude to do what he does now. It's just for when he is going to do a statewide emergency, then he can have seven days on his own but he must notify the Council of State within 48 hours, allow them to decide. If they say no, it is rescinded immediately. If they say yes, they get 45 days, then it comes to the General Assembly. We are the elected representatives of the people. We're the ones that make law. Right now, what Governor Cooper has done is made law by imposing mandates and things of that nature that he does not, under the constitution or the general statutes has the authority to do. Some people have said, 'Why are you changing the law?' I am not changing the law, I am clarifying the law."

Kidwell said this issue has nothing to do with being a Democrat or Republican.

Kidwell said he submitted a constitutional amendment that would do the same thing as H.B. 264.

"I don't know if we will get that, because it requires the same level as a veto override to get it on the ballot, so I attacked it from both angles," he said. "It is sitting in committee and hasn't moved. We have another year to move it if we choose to. I am hoping if it doesn't, we can possibly move that and get a couple of Democrats to vote with us."