Published: Tuesday, November 30th, 2021 @ 7:18 am
By: Carolina Journal   ( More Entries )
Publisher's Note: This post appears here courtesy of the Carolina Journal. The author of this post is Theresa Opeka. 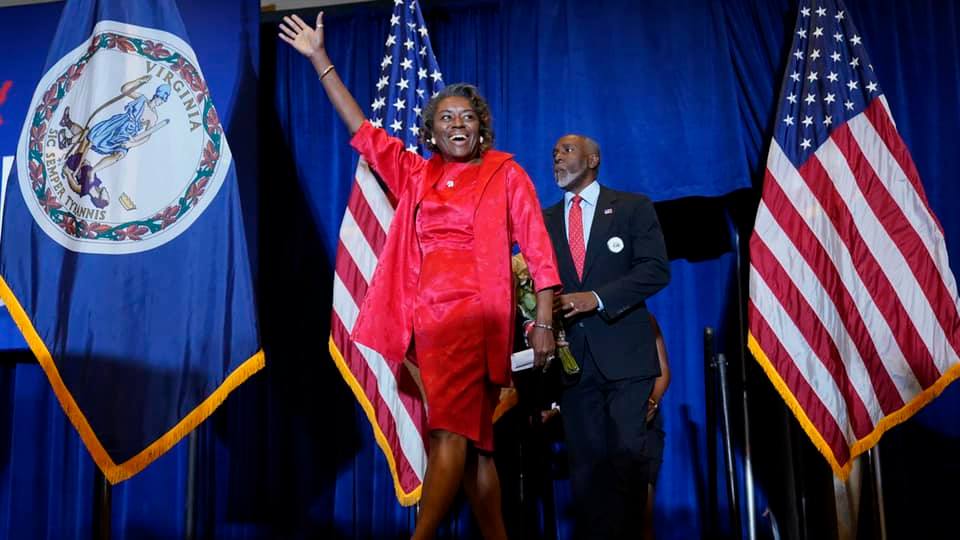 She's the first Republican since 1865 to be elected to a majority-black legislative (90th) district; the first black Republican woman, first female veteran, and the first legal immigrant woman elected to Virginia's House of Delegates.

Her father came to the U.S. from Jamaica in 1963 with $1.75 in his pocket. Taking any job he could find, he put himself through school and has since retired comfortably, Sears said in her victory speech Tuesday night. Her father returned to Jamaica and brought her back to the U.S. in 1969 at the age of 6.

At 19, Sears enlisted in the Marines and became a U.S. citizen a year later.

"When I joined the Marine Corps, I was still a Jamaican. But this country had done so much for me, I was willing, willing, to die for this country," she said in her victory speech. She would go on to become the director of a Salvation Army homeless shelter before entering politics and to lead a men's prison ministry. She and her husband also own Shenandoah Appliance Plumbing & Electric in Winchester, Virginia, and she served as vice president of the Virginia Board of Education.

Robinson grew up in a poor household in Greensboro and was shuffled between foster homes before coming back to live with his mother, along with his other nine siblings. He joined the Army Reserves at the end of high school. He also credits his mother for teaching him about God and the Bible.

He worked in a factory and at a restaurant as a shift worker before becoming the general manager. He and his wife, Yolonda, started a daycare, which they had for eight years for selling it. He went on to work at two furniture factories in the Triad.

Sears and Robinson are also alike in their support for the 2nd Amendment. A picture showing Sears holding an AR-15 rifle at a shooting range earlier this year is making the rounds on social media. Robinson catapulted to fame when he spoke in favor of gun rights at a Greensboro City Council meeting, which led to his nomination for lieutenant governor. They are also both Pro-Life. Both are married; Robinson with two children and two grandchildren and Sears with three. Robinson also made history in 2020 by being the first African American elected lieutenant governor of North Carolina.

"The victory last night by Winsome Sears is one Republicans across our nation should be cheering about," Robinson said Wednesday in comments provided to Carolina Journal. "A mother of three, a veteran, and a strong conservative voice for the Commonwealth of Virginia. She is a leader that our country so desperately needs. This goes to show that the Republican Party is the party of opportunity and that the conservative values still matter to the people of this nation."

"What you are looking at is the American dream," Sears said in her victory speech. "I say to you, there are some who want to divide us, and we must not let that happen. They would like us to believe we are back in 1963, when my father came. We can live wherever we want, we can eat where we want, we own the water fountains. We have had a black president elected not once but twice and here I am living proof."