Who Hired the New Economic Director in Beaufort County?

Login to Send a Private Message to Stan Deatherage
As a Beaufort County Commissioner, who has long been suspisious of the unmitigated inequity of corporate welfare - taking from from one to give to another while thus picking winners and losers - I was under the distinct impression that the Commissioners' direct employee, our appointed county manager, would hire the new economic director.

It would appear from the article in The Sanford Journal that I was mistaken; however, that may not be entirely true.

I will find this out at our next Beaufort County Commissioner Meeting, as I will surely bring up the facts that are reported, in The Sanford Journal, that the fledgling Beaufort County EDC claimed to be instrumental in selecting the new director, when it was specified by commisioners that this was to be only the manager's duty. In light of the their (Beaufort County EDC's) ineffectual abilities to further economic development in Beaufort County, one would suspect they would lay low for a bit, and let the proverbial "smoke clear" before they re-engage their assertive posture.

Then again, I could be wrong. Read the article from The Sanford Journal to gain you own opinion: 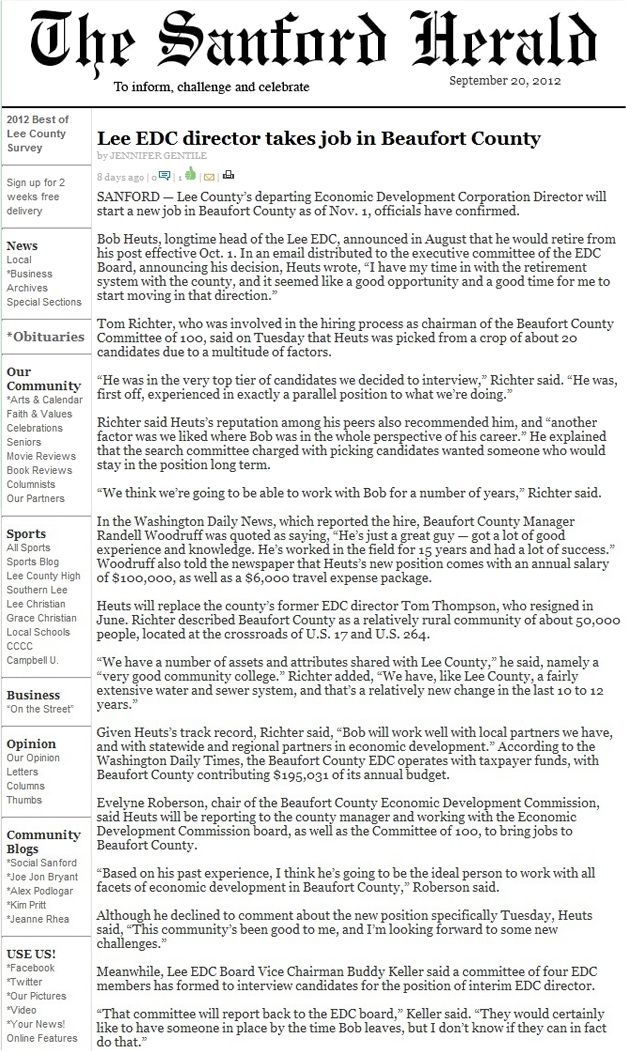