Veteran GOP state senators headed for high profile primary | Beaufort County Now | State Sen. Tom McInnis, R-Richmond, has moved his permanent residence from Richmond County to his second home in the Pinehurst area of Moore County to run for the newly-drawn state Senate District 21, which will include all of GOP-rich Moore County, and much of Cumberland County.

Published: Friday, December 3rd, 2021 @ 10:05 am
By: Carolina Journal   ( More Entries )
Publisher's Note: This post appears here courtesy of the Carolina Journal. The author of this post is Dallas Woodhouse. 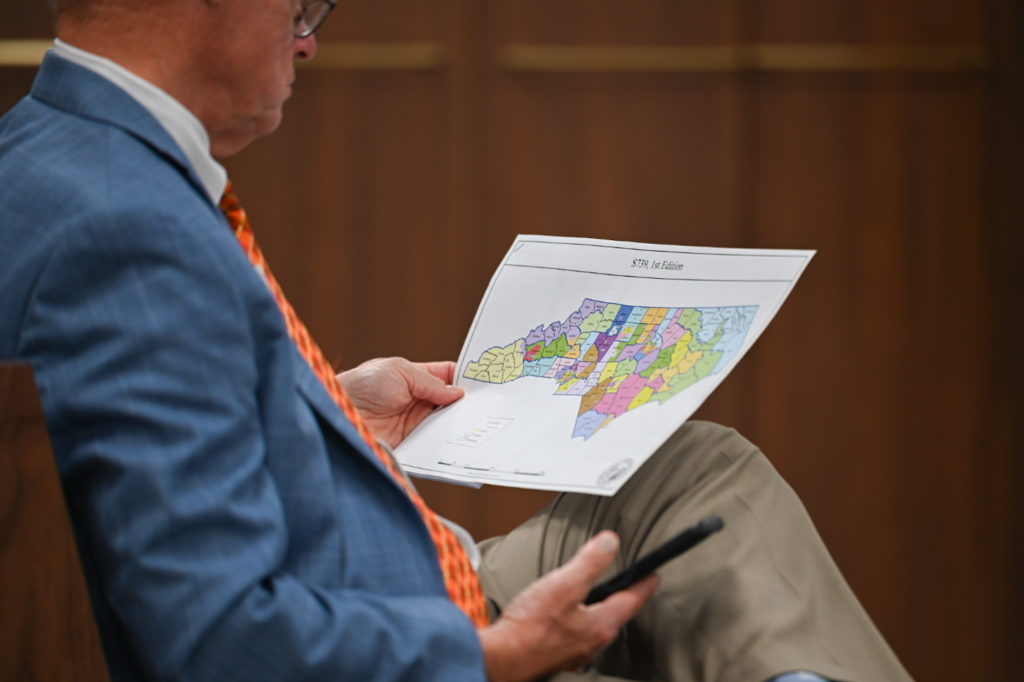 State Sen. Tom McInnis, R-Richmond, has moved his permanent residence from Richmond County to his second home in the Pinehurst area of Moore County to run for the newly-drawn state Senate District 21, which will include all of GOP-rich Moore County, and much of Cumberland County that mostly surrounds the city of Fayetteville but includes only 12% of the city itself.

McInnis will face former Cumberland County state Sen. Wesley Meredith, who lives in the Cumberland County piece of the new district. Prior to becoming a state senator in 2011, Meredith served on the Fayetteville City Council for three terms spanning from 2005 to 2010. From 2007 to 2009, Meredith held the position of mayor pro tempore. Meredith served four terms in the state Senate, winning elections in 2010, 2012,2014, and 2016. Wesley was defeated by Democrat Kirk deViere in 2018 and 2020 in a district that has become more friendly to Democrats over the last few years.

"I was honored to serve as Senate Majority Whip in the N.C. Senate and was a dominant force for representing the needs of my district and strengthening the economic status of our state," said Meredith. "In this current political climate, my proven leadership is critical to continue these efforts and defend our freedoms."

McInnis was first elected to the North Carolina state Senate in 2014. He currently serves the 25th District, which previously included Anson, Richmond, Scotland, Stanly, and a portion of Rowan counties. Due to the redrawing of the legislative district maps in 2018, District 25 now includes Anson, Moore, Scotland, and his former home county of Richmond.

Under the new maps, Richmond County is required by the state constitution's whole county provision to be paired with Randolph County, represented by Sen. David Craven, R-Randolph. This means GOP "double bunking" was unavoidable by the state Senate.

"I have been involved in business and charity work in Moore County for decades, McInnis told CJ. "I have owned a home in Pinehurst for many years and spend considerable time there, so making this my permanent residence was easy, I really just needed to get a fresh gallon of milk."

McInnis finalized his move late this summer when it became clear that he would be double bunked with another GOP senator from a considerably larger county.

McInnis advocated for a deal announced last year that landed the second headquarters for the U.S. Golf Association for Moore County, along with the staging of a major golf championship every five years. Five future U.S. Opens, one of golf's four major championships per year, (2024, 2029, 2041, and 2047) will be held at Pinehurst.

"This is a monumental day for my community," McInnis said at the time. "Pinehurst is a golf destination, but this permanent USGA investment plus the regular golf championships will take it to another level. This is a transformational project."

Before the new headquarters project was announced, McInnis sponsored a bill with roughly $18 million in incentives to attract the USGA to North Carolina. The new headquarters, which will be completed by 2023, will include a museum and a research-and-test facility, among other features. McInnis tells CJ that he expects major golf equipment manufacturers to bring their products to the research-and-test facility to undergo the USGA certification process and he wants to return to the state Senate to "finish what we started" including encouraging those manufacturers to relocate in North Carolina.

McInnis has also been a central player this year in legislation to reform the North Carolina High School Athletic Association, a bill that has earned bipartisan support and Gov. Roy Cooper has agreed to sign.

In the state Senate, Meredith took a leading role on veterans and military issues.
Go Back