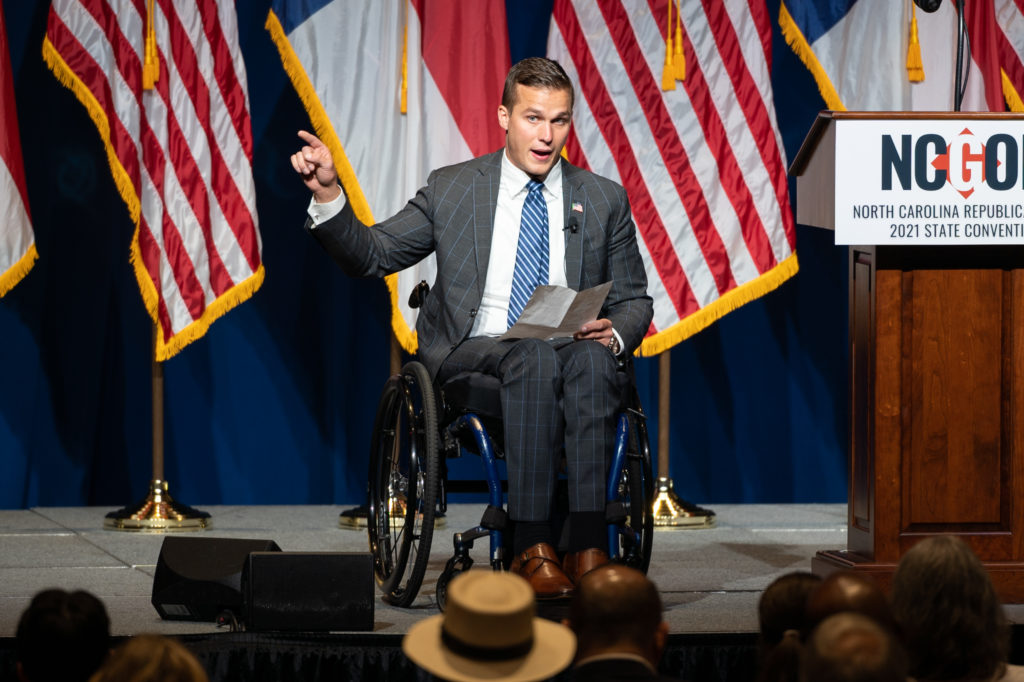 One day after Carolina Journal first broke the news, North Carolina's westernmost member of the U.S. House, Congressman Madison Cawthorn, confirmed via video in a tweet he will run in a different congressional district than the one he currently represents.

Critical announcement: we are taking ground for conservatism.

You elected a fighter. Trust me to fight for you.

"Ultimately, I have to answer this question: what choice would enable me to make the greatest impact on the affairs of our state and our nation, so that our children and grandchildren can inherit the best version of America we can possibly give them? After consulting my family, my constituents, and with prayerful consideration, the answer is clear. I will be running for Congress in the 13th Congressional District," Cawthorn said.

"I have every confidence in the world that regardless of where I run, the 14th Congressional District will send a patriotic fighter to DC," Cawthorn continued. "But knowing the political realities of the 13th District I'm afraid that another establishment, go-along-to-get-along Republican will prevail there."

In a call with GOP county chairs in his current district, NC-11, Cawthorn told the GOP Chairs "it's a strategy to increase conservatism in North Carolina."

Carolina Journal first reported that Madison Cawthorn was polling in the newly-drawn 13th Congressional District, a district east of his current district that includes part of Mecklenburg, with all of Gaston, Polk, Rutherford, McDowell and Burke. The new 13th also includes Cleveland County, the home of North Carolina House Speaker Tim Moore.

"Cawthorn's decision to change districts borders on inexplicable," Western Carolina University professor of political science, Chris Cooper. "We can grasp at straws for explanations-it's a slightly more friendly district, it's a bigger media market, he likes to challenge establishment Republicans-but the bottom line is that Madison Cawthorn's behavior is difficult, if not impossible to explain. He ran as a pro-environment Republican who promised to bring the Republican party to young people through a new social media friendly brand of conservatism. He talked of his respect for establishment conservatives and was visibly pleased to speak at the most establishment event of all-Republican National convention. Soon, however, he turned into a politician consumed with his own brand at the expense of everything else."

First elected to the General Assembly in 2002, Speaker Tim Moore is currently serving his fourth term as the presiding officer of the North Carolina House of Representatives. Moore had been expected to file for Congress but instead will run for another term as House Speaker, according to the News and Observer.

Rep. Jason Saine, a Lincolnton Republican and chair of the powerful House Appropriations Committee, said Moore "will seek re-election as Speaker," in a text message to The News & Observer Saine and Moore were at a fundraiser together on Thursday night.

A fifth term for Speaker Moore could potentially be a big one. Republicans could capture super-majorities in 2022, allowing unified legislative Republicans to pass conservative legislation, despite any objections from Democrat Governor Roy Cooper