Cheri Beasley Admits She Wants To Eliminate The Filibuster 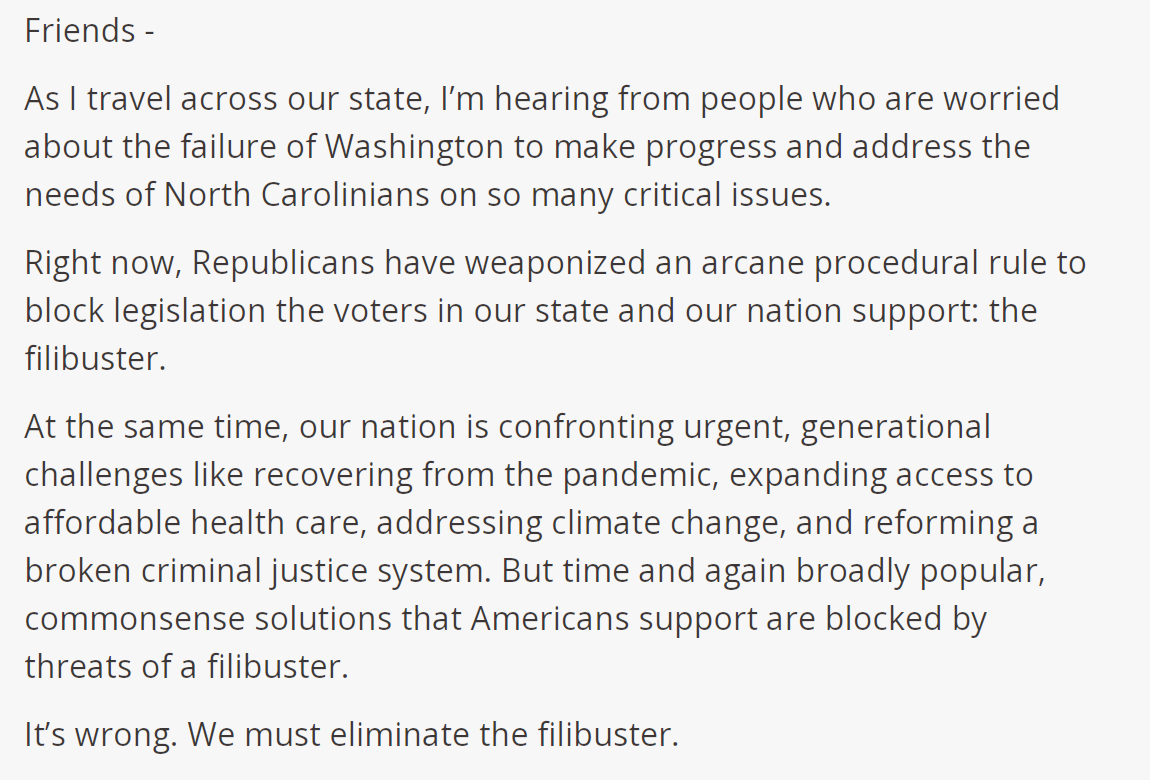 In August, Beasley was asked if she would consider eliminating the filibuster and she refused to answer, even though she previously said that it is something she would "take a look at." Her back and forth on the issue is unsurprising, given her hesitancy to take a position on just about anything, but Beasley's spokesperson can't clarify Beasley out of this particular stance: Beasley wants to eliminate the filibuster.

"Beasley has been trying to run a race without ever taking a position, but her most recent fundraising email displays her liberal allegiance. If elected, Beasley will work to eliminate the filibuster, which will make it possible for radical Democrats to pass far-left policies - even if Republicans object." - RNC Spokeswoman Alex Nolley