ABC warehouse operator tells lawmakers it can’t show up to answer their questions | Beaufort County Now | Leadership or staff from the company contracted to operate the state’s liquor warehouse and delivery system won’t meet with lawmakers to explain why N.C. ABC stores around the state have so many empty shelves. 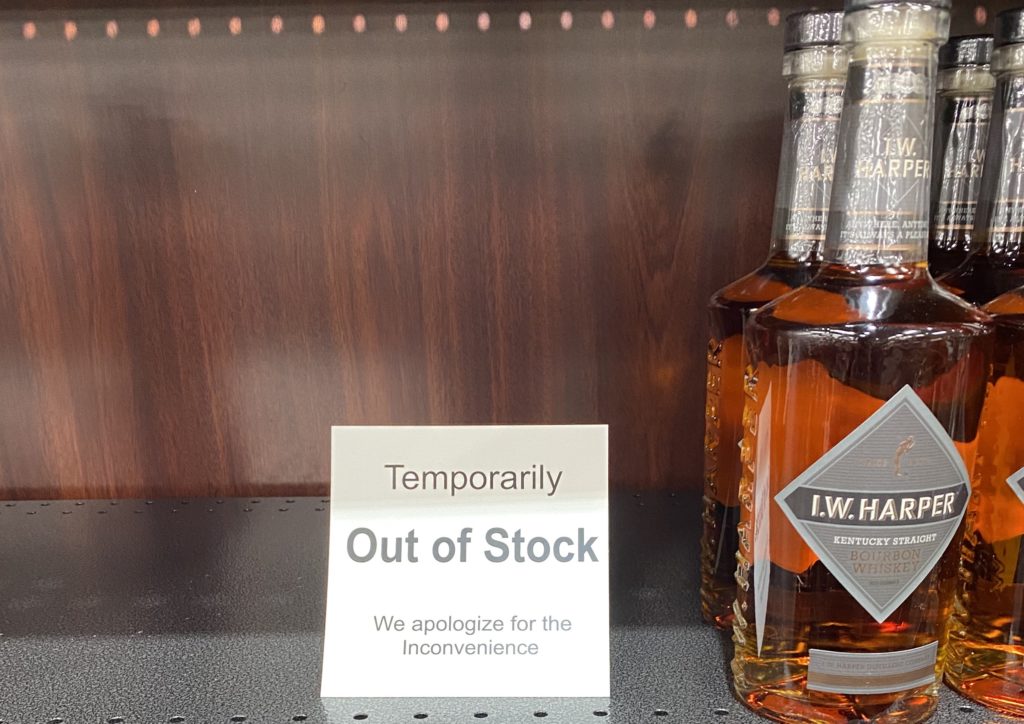 Leadership or staff from the company contracted to operate the state's liquor warehouse and delivery system won't meet with lawmakers to explain why N.C. ABC stores around the state have so many empty shelves.

The state warehouses are stocked with popular products such as Jack Daniel's and Tito's vodka, yet those same products aren't showing up in the stores. Lawmakers, including Rep. Tim Moffitt, R-Henderson, and other members of the N.C. House ABC Committee, want to know why.

The committee met Wednesday afternoon, but LB&B, said Moffitt, has told him the company can't spare anyone to speak with lawmakers. During the meeting Wednesday, Moffitt referred to it as "a scheduling conflict."

Lawmakers, to be clear, want to meet with a member of the company, not with outside counsel.

"I'm disappointed," Moffitt told Carolina Journal, "that the warehouse operator for all distilled spirits in the state did not work harder to have someone here to answer our questions."

It's not OK, said Moffitt.

"This is the legislature."

The operator, LB&B Associates, has told lawmakers it is meeting the terms of its new contract with the state.

"Yet we still have empty shelves in ABC stores," Moffitt said.

The warehouse is three weeks behind its delivery schedule, sources say ABC managers are telling them, and that includes holiday products, which are stored in a second, stocked warehouse in Raleigh. Further, the warehouse won't release a particular product to any single store until all 400 or so stores can get it, too. Regardless of population or customer demand.

Cases of the popular and hard-to-get Buffalo Trace bourbon are stacked in the warehouse, say sources. But the product is not in stores. LB&B has blamed the problems on labor shortages, particularly truck drivers, and a new computer system.

Moffitt, the ABC committee chair, and other members of the ABC committee spent more than two hours on Sept. 29 trying to determine what's going on. Moffitt, after the meeting, said he had more questions than answers.

"This issue has really been compounded itself for the past four or five months," he said then.

The issue was referred to the Joint Legislative Commission on Governmental Operations, but it has landed back with Moffitt's committee. An extensive report on the issue is forthcoming.

In March, the ABC Commission voted unanimously to recommend the state award a new 10-year contract for warehouse services to LB&B, the target of an audit in 2018 that has, over previous years, cost the state about $13.5 million. The ABC concurred with the audit and promised to fix the myriad issues, including a focus on accountability and efficient delivery.

The agreement, the ABC says, includes a requirement of nearly error-free and on-time deliveries as well as increased delivery frequency to the state's 171 local ABC boards. LB&B has operated the state warehouse system since 2003.

A new software system was implemented in early July and, says LB&B attorney Ben Thompson, customers are still learning to use it. Some local ABC boards are reluctant to use the new system at all, continuing to use the older system, which connects suppliers and customers with the warehouse.

"Which one is it?" Sen. Todd Johnson, R- Union, asked Thompson in September after the lawyer offered many reasons for the issues but failed to articulate the biggest failure.

"It's all of them," answered Thompson.

LB&B did not immediately answer a request for comment from CJ.
Go Back