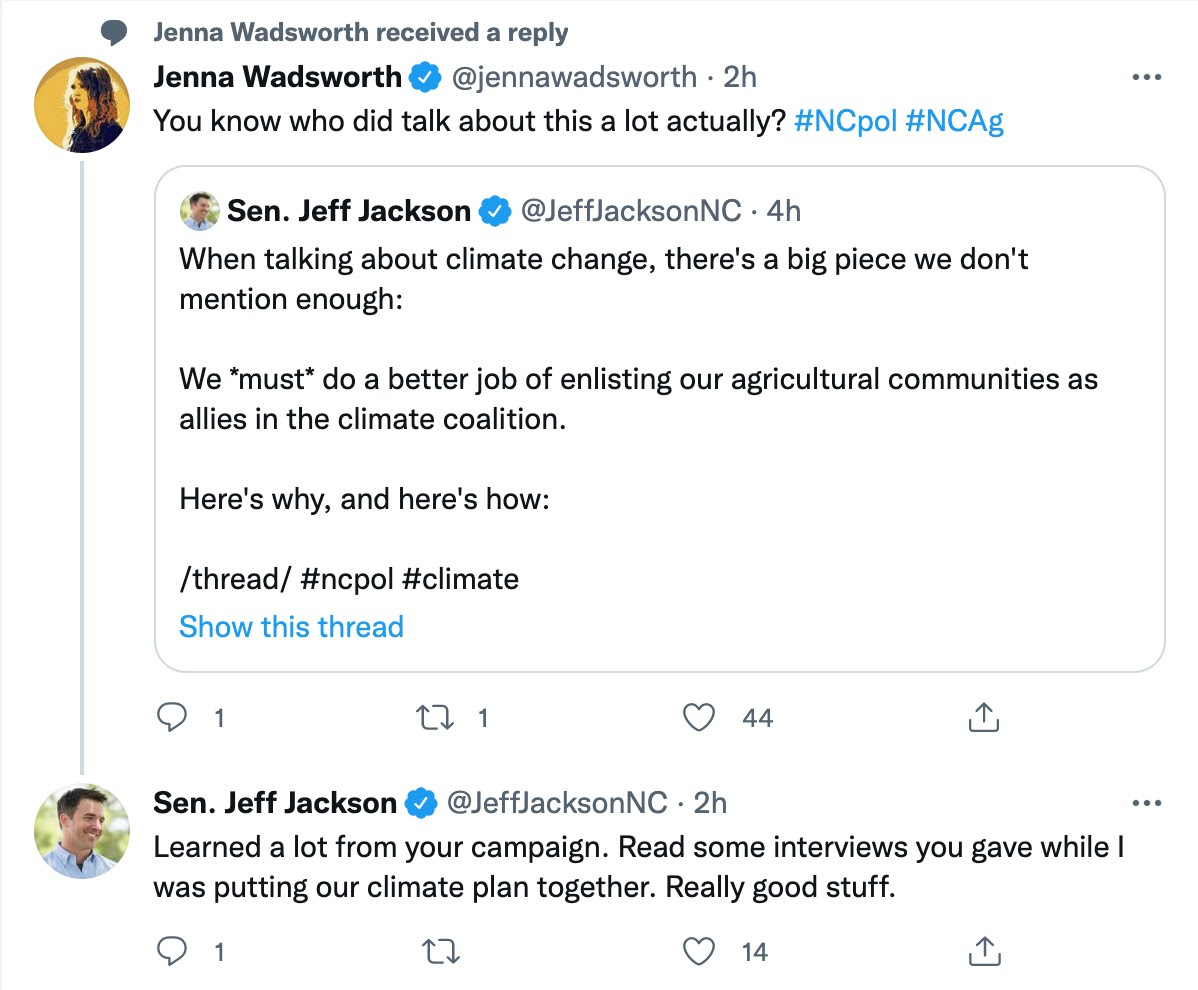 Jackson thinks Wadsworth has some "really good stuff" and even used her Green New Deal-infused climate policies in his own initiative. Jackson must really be desperate for ideas if he's borrowing from Wadsworth, given her Tik Tok scandal, an endorsement from a radical Green New Deal group and a letter from North Carolina's Agriculture Coalition demanding an apology for Wadsworth's false claims.

He also supported the socialist climate spending plan included in the original reconciliation bill and said "Sen. Manchin was wrong to oppose it." That plan, which Jackson would've supported, allocated:


In addition, Jackson's Wadsworth-wannabe plan will only further Biden's existing war on energy which is forcing North Carolinians to pay more to heat their homes this winter.

"Jeff Jackson's climate plan is nothing but the Green New Deal in disguise and would cost North Carolinians their jobs, make it harder for farmers to be successful and spend more taxpayer dollars in the midst of record-high inflation. Piece of advice for Jackson: don't model your climate plan off of a failed candidate who North Carolinians have already rejected."- RNC Spokeswoman Alex Nolley