Get ready...inflation to get worse | Beaufort County Now | Energy prices are skyrocketing and Joe doesn't know what to do about it

Get ready...inflation to get worse 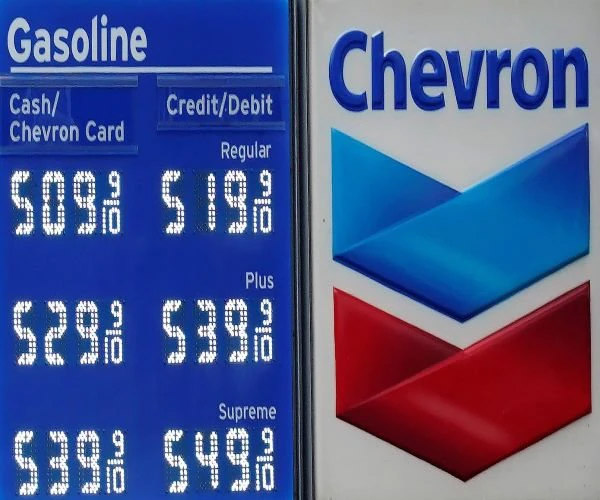 Most people think of "inflation" as rising prices.  But it is much more than that.  Not only does it decrease your ability to pay your bills, which are going up and up, but more importantly in the grander scheme of things is that inflation is a terrible drag on the entire economy.  So it kills growth and development, and the result is that many businesses that operate near the margin begin to fail.  That creates a domino effect and sets up a downward spiral.  It's a very serious problem.

Investment banking giant Goldman Sachs is warning that inflation will worsen this winter, as the inflation currently chilling Americans’ financial prospects is likely to “get worse before it gets better.” The news is likely to stifle the spending of millions of Americans, many of whom may already be struggling as the U.S. attempts to recover from the pandemic.

Goldman Sachs Global Investment Research notified clients in its 2022 US Economic Outlook that while inflation will not improve in the short term, there may be light at the end of the tunnel. The investment bank forecasts “over the next few quarters, as the service sector continues to reopen, consumers spend part of their pent-up savings, and inventory restocking gets underway.”

The firm also forecasts the core Personal Consumption Expenditures (PCE) index, a measure to track inflation via changes in the prices that consumers pay, will fall to 2.3% by the end of next year, from 4.4% at the close of 2021. Thus, Goldman is giving an indication that inflation will likely ease in the second half of 2022.

Echoing the Goldman Sachs report, Treasury Secretary Janet Yellen also expects inflation to fall “by the middle to end of next year.” In the meantime, however, Goldman says that inflation will both persist and worsen for the next few months, into 2022.

Tales From the Front Line

Inflation has already taken its toll on Americans—even before the official start of winter, when inflation is predicted to worsen, primarily due to rising energy costs. This can be seen in the example of a Milwaukee, Wisconsin, woman, who is reducing trips to her favorite coffee shop and cooking more at home, according to a report on CNN.com.

An elderly Oregon couple has seen their grocery bill increase by nearly $100 per shopping trip compared to pre-pandemic. To prepare for Thanksgiving, a Baltimore couple has bought three apple pies for the big dinner weeks ahead of time, telling CNN Politics they “wanted to make sure they could secure the dessert before grocery prices rise anymore.”

Inflation has not only helped contribute to rising gas prices, but an increase in energy costs this winter is widely expected, as well. Higher home heating costs are predicted, with the U.S. Energy Information Administration forecasting natural gas used to heat homes will be 30% more expensive this coming winter. Natural gas heats nearly half of all U.S. homes. Energy Secretary Jennifer Granholm admitted home heating costs will be more expensive this winter. However, instead of inflation, Granholm blamed oil-and-gas companies as the main reason for the predicted increase. In fact, the Biden administration has called on the FTC to launch an investigation into price gauging by the oil and gas industry.

Rising inflation has also brought down President Biden’s poll numbers, with nearly half of Americans blaming President Biden’s White House for the spike in prices, according to a recent Washington Post-ABC News poll.

Whether it be food at the grocery store, gas prices or home heating costs, experts believe inflation will continue this upcoming winter, casting a deep chill on Americans’ pocketbooks.