How inflation may gobble up Thanksgiving budgets | Beaufort County Now | As we sit down to Thanksgiving dinner, many of us will give thanks for the chance to spend time with family and friends, and for the indulgent meal. But inflation will take the first bite, making Thanksgiving 2021 the most expensive in history.

How inflation may gobble up Thanksgiving budgets 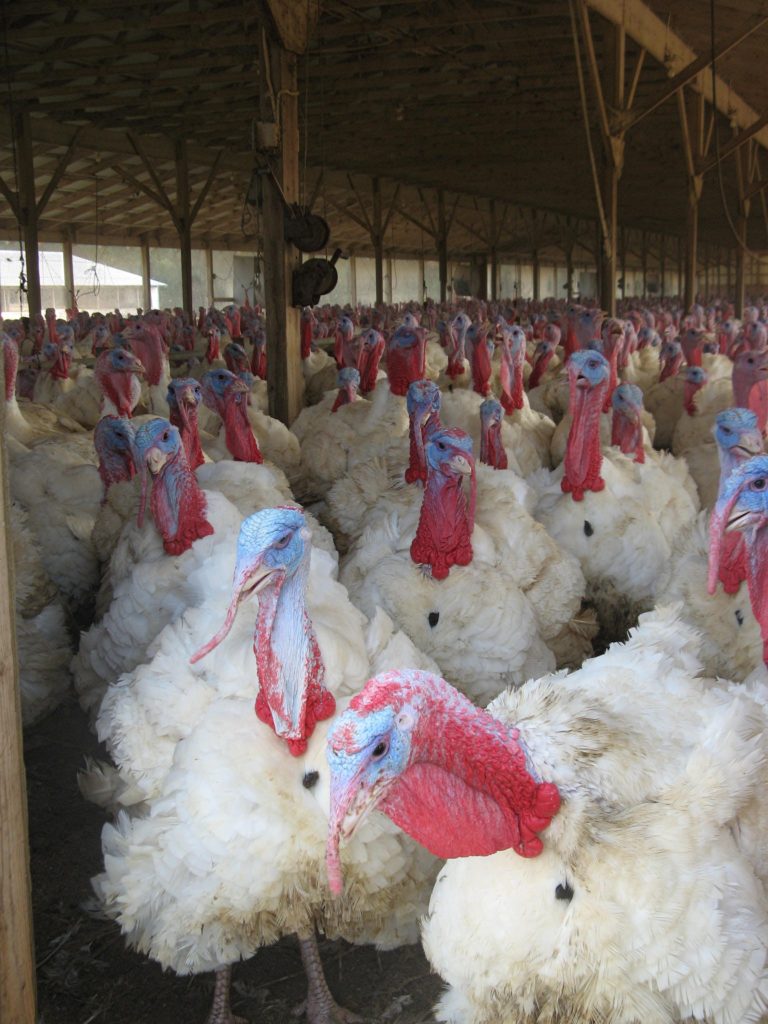 Turkeys on a N.C. poultry farm. The cost of Thanksgiving is expected to be the highest in the history of the holiday due to supply chain kinks and labor shortages. Photo from the North Carolina Poultry Federation


As we sit down to Thanksgiving dinner, many of us will give thanks for the chance to spend time with family and friends, and for the indulgent meal. But inflation will take the first bite, making Thanksgiving 2021 the most expensive in history.

Many factors are in play, including supply chain issues, higher transportation expenses, labor shortages, and bad weather. The cost for food was up 4.6% in September, according to the Consumer Price Index.

Dinner rolls are expected to cost more due to the increased costs for ingredients. Things like wine and cranberry sauce are also expected to be higher due to labor shortages, glass bottles stuck on cargo ships, and steel prices 200% more than before the pandemic. That's due to China's limit of steel production to reduce carbon emissions.

Wooden pallets and cardboard containers, items farmers use to transport their crops from the field to distributors, are either more expensive or harder to find.

The centerpiece of the meal, the turkey, is also expected to cost more. According to an October report from the U.S. Department of Agriculture, turkeys between 8 and 16 pounds are costing 25 cents per pound more compared to a year ago. Turkeys between 16 and 24 pounds are about 21 cents more expensive.

Turkeys are classified as hen or female and typically range from 10 to 12 pounds. Toms or males are usually 20 pounds and up.

Market analysts say that, by year's end, prices per pound are expected to surpass the Department of Agriculture's benchmark record price of $1.36 set in 2015. One of the factors for the price increase is corn, which most commercial turkeys feed on. It has more than doubled in price from a year ago in some parts of the country.

"No one really knew how to handle the COVID thing when workers stopped coming to the plants," said Bob Ford, executive director of the N.C. Poultry Federation. "We cut back on production, so we ended up cutting back on the number of birds we placed in the field on the farms, and it had a domino effect. We now are still trying to catch up on the impact of 2020."

You should still be able to find a bird, but matching its size to your needs could be a problem.

"A company that grows turkeys has to put them out has to decide what they want to do in the spring to accommodate the numbers of the hens and the numbers of the toms," Ford said. "A lot of the toms are deboned and sold as deli meat. A lot of the hens are sold as fresh market birds and special for Thanksgiving. ... What happened in the spring was the farms were trying to recover from COVID-19 and trying to figure out the labor issues of the plants. I guess we weren't able to juggle the number of hens that we could place in the field that we process for Thanksgiving.

"That's why you are hearing about small-size turkeys that are kind of scarce this year, but we'll catch up," he added. "There are plenty of turkeys on the market."

"Even this year and under the current circumstances, supermarkets like to feature a loss leader," said Joel Brandenberger, president, and CEO of the National Turkey Federation in Washington, D.C. "They will deeply discount special frozen turkeys to bring shoppers into the supermarket to buy the rest of their groceries for the meal," he said.

Best advice: Don't procrastinate. Brandenberger said if you're searching for a smaller turkey, shop early and ask your butcher or store manager. If you wait, you may end up with plenty of leftovers.
Go Back