Remote "learning" did not work. Student scores fall | Beaufort County Now | In every state studied! Rare such research is so profound. Our education system lied to us. 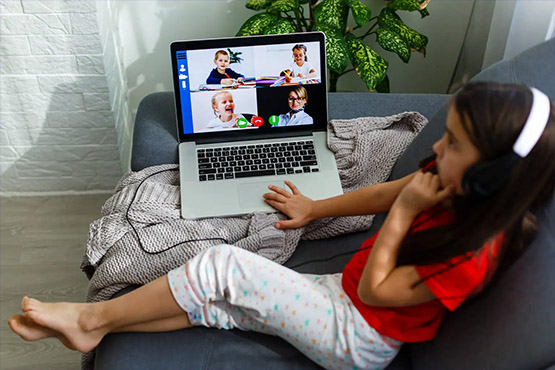 A paper published by the National Bureau of Economic Research (NBER) shows remote learning has had a negative impact on students’ test scores in every state. Not only were students across the country affected, minority students were impacted the most.

According to the publication, remote learning led to declines in test scores for English and math, when compared to scores of students who went to schools with more in-person learning. “Our research shows that test score losses are significantly larger in districts with less in-person learning,” said Emily Oster, professor of economics at Brown University.

“This suggests, yes, that virtual learning was – and is – less effective than in-person learning, at least as measured by school-based testing” added Oster. “Passing rates in math declined by 14.2 percentage points on average; we estimate this decline was 10.1 percentage points smaller for districts fully in-person,” the study found.

Score declines showed variations by state, as well. Virginia “which had the most complete virtual learning time, along with Colorado, saw an almost 32% drop on math test scores in the 2020-21 school year when compared to the 2018-19 school year” reports Tampa Free Press.

Wyoming, however, “which had the most in-person learning, along with Florida, saw just a 2.3% drop in English, the study found.”

“Changes in English Language Arts (ELA) were smaller than math scores overall, but drops in scores were greater in districts with larger black and Hispanic populations and students eligible for free and reduced lunch prices” reports Tampa Free Press.