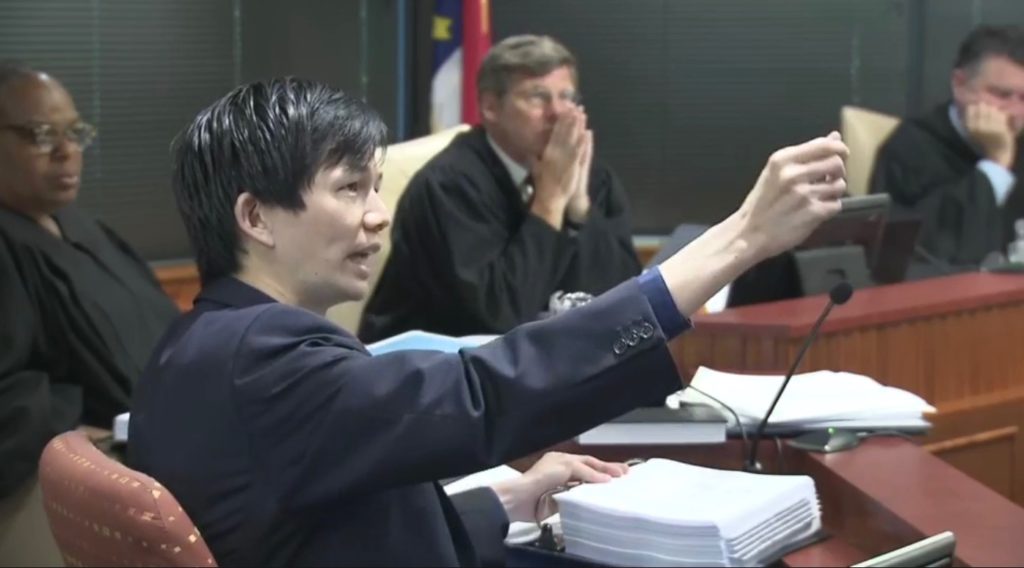 
A Democratic redistricting expert reports a 1.3% chance that "fair, nonpartisan" election maps would produce an even split between Republicans and Democrats in North Carolina's U.S. House delegation.

A Republican state Senate redistricting leader draws attention to the finding in a news release Thursday.

"The Democratic Party has been complaining about 'gerrymandered' congressional maps for months," said Sen. Ralph Hise, R-Mitchell, in the release. "But their own redistricting expert quietly told a court that fair maps have a high likelihood of electing nine or 10 Republicans."

With a new 14th congressional seat added to North Carolina's map for the first time, that means a "high likelihood" of a 9-5 or 10-4 split in the congressional delegation favoring Republicans over Democrats.

Hise references a new court document from Jowei Chen, associate professor at the University of Michigan. Chen has testified for Democrats in redistricting lawsuits, including past cases in North Carolina.

"Tucked away at the end of a lengthy report the Democratic Party's top redistricting expert, Dr. Jowei Chen, submitted to the court is an exhibit showcasing his analysis of how many Republicans a 'fair, nonpartisan' map would elect to Congress," according to Hise's release.

"His answer? Using the vote from the 2020 presidential election, there's an 83% percent chance nine or 10 Republicans would be elected," the release adds.

The same simulations suggest a 16% chance of producing a map favoring Republicans, 8-6. Just 1.3% of simulations would produce a map likely to split the congressional delegation evenly, 7-7, between the two major parties.

"Bottom Line: Democrats claim in their redistricting lawsuit that North Carolina's congressional maps are an 'extreme partisan gerrymander,' even as their own filings to the court admit that fair maps have an 83% likelihood of electing nine or 10 Republicans," according to Hise's release.

The senator is drawing attention to Chen's work as supporters and critics of North Carolina's new congressional and legislative election maps prepare for trial. The state Supreme Court has ordered a trial on the maps to be completed by Jan. 11.

The court shut down candidate filing for all N.C. elections as the redistricting cases play out in court. Justices also delayed the state's primary elections to May 17.
Go Back