Sam Darnold focusing on what's in front of him | Eastern North Carolina Now | There's an easy temptation to make this week about something bigger than it appears. And it might be.

Sam Darnold focusing on what's in front of him 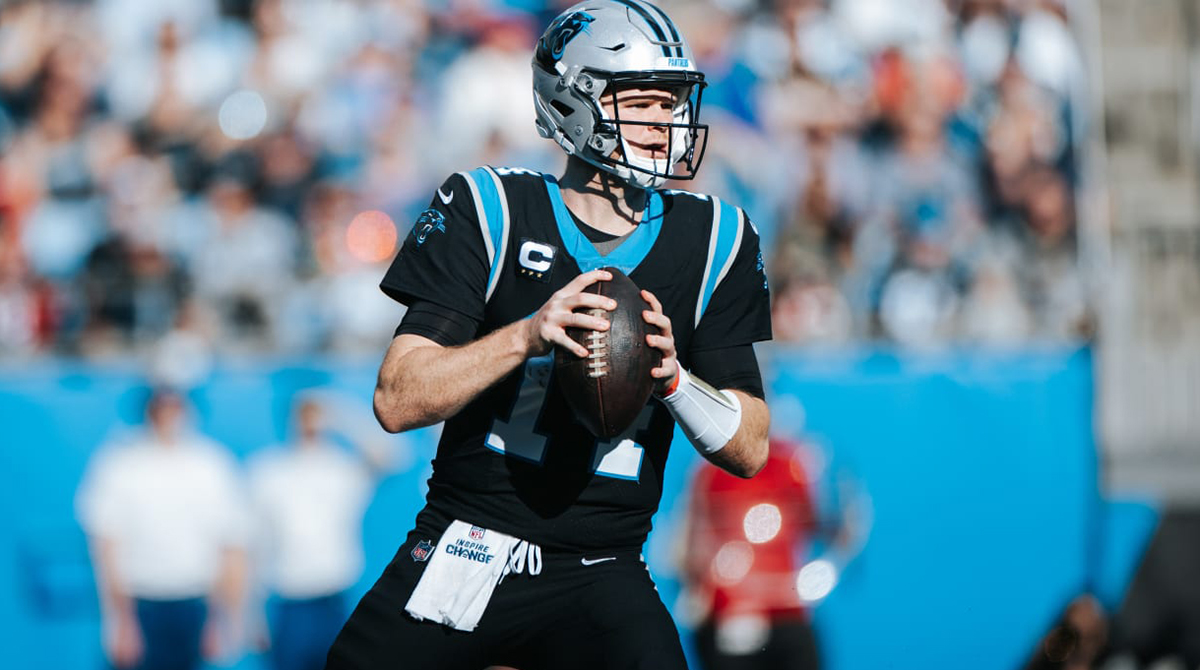 CHARLOTTE     There's an easy temptation to make this week about something bigger than it appears. And it might be.

But as he's done so often since he's been here, quarterback Sam Darnold said everything he could to keep the focus on the immediate.

After Panthers head coach Matt Rhule said that Darnold would start Sunday against the Saints, Darnold said he tried not to put any more weight on it. He's the only quarterback on the roster for 2022 at the moment, so it's easy to see it as an audition.

"I'm really focused on this week, to be completely honest with you," Darnold said Wednesday. "I'm focused on New Orleans and focusing on what we can do to win this ball game on Sunday.

"If I look past this game at all, I would be doing this team and myself a disservice by looking too far in the future. I don't want to do that. I want to put my best football forward for this team so that we can go out and win this Sunday. If I go out and start to worry about what these next couple of games mean and what the implications are for next year, that does nothing for me on Sunday."

Toward that end, Rhule mentioned how well Darnold had played in the first game against the Saints this season, noting that the Week 2 performance was "probably his best game of the season."

"So it's a good opportunity for him to see, here's what I looked like then, I've gone through a lot of growth, a lot of ups and downs, where am I at right now," Rhule said.

Darnold threw for 305 yards and two touchdowns with an interception that day against the Saints, and it was part of a solid first month of the season, when he played efficiently and competently.

"I want to see him play the way he did in the first ball game," Rhule said. "He played in progression. Threw the ball on time. Was aggressive with his throws, but didn't have the catastrophic mistakes. When he got in the game this past week, obviously made the one explosive play (a 63-yard completion to Shi Smith).

"I'd like to see him be aggressive but not have the catastrophic mistake, the 'Hey let me turn and throw the ball up in the air and see if something good happens.' We want to play a smart football game."

In the second month of the season, things did not go quite so well for Darnold. That coincided with running back Christian McCaffrey's first absence, and some of the protection issues which have been endemic this season. That stretch of games between the Week 5 loss to the Eagles (which included three picks) and the disastrous three-interception game against the Patriots was rough, and he took the blame for it.

Which is reasonable, because he did not play well. In the first four games, Darnold had a 67.8 completion percentage and a 95.4 passer rating. In his next five, he completed 48.8 percent of his passes and had a 46.6 passer rating.

"Nah, I mean, at the end of the day, those games I didn't play good enough football to win," Darnold said. "That was my biggest takeaway. So yeah, there's nothing really else to say besides me not playing good enough."

Of course, putting Darnold in the game means taking ﻿Cam Newton﻿ out of it, and both Rhule and Darnold praised the work Newton has done since he's been here, and his professionalism.

Darnold didn't know Newton before he arrived in November, but has been impressed with what he's seen since.

"But again, something I learned from being around (while injured), and experiencing Cam and the way he led and the way he went about preparing to get ready for Sunday. Mentally, physically, emotionally, he's one of the best I've ever seen. I think I learned a lot from him as well."

Rhule said Newton was preparing to play, but didn't make any firm declarations the way he had in the past, when he went into weeks intending to play two quarterbacks. All their planning is complicated by the fact that third quarterback P.J. Walker was placed on the reserve/COVID-19 list Wednesday.

Rhule described it as "tenuous across the board," with so many players moving on and off the list, so plans are hard to make.
Go Back