Sam Mills a finalist for Pro Football Hall of Fame 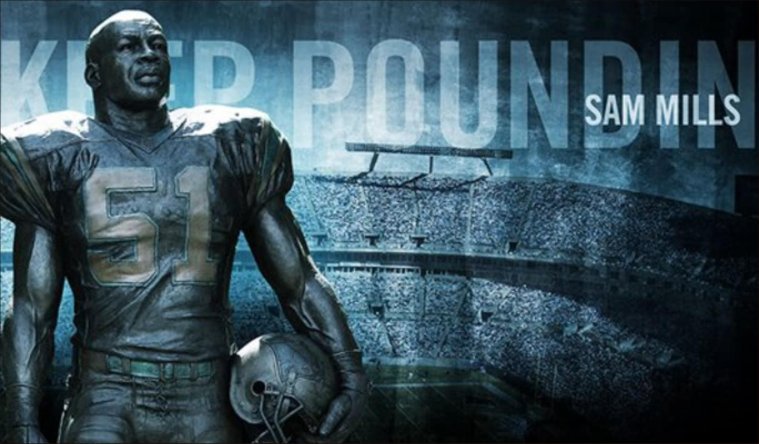 CHARLOTTE     The spirit of Keep Pounding has one more chance to make it to the Pro Football Hall of Fame.

Former Panthers linebacker Sam Mills was among the 15 finalists for induction in the Class of 2022, which was announced Thursday afternoon.

This is Mills' third straight year as a finalist, and in his 20th year of eligibility, his final chance. If he does not make it to the Hall this year, he'd have to be chosen by the seniors committee.

Mills, who passed away in 2005 following a courageous fight against cancer, was a standout for three franchises in his career.

He helped turn the Philadelphia Stars into a powerhouse in the USFL under coach Jim Mora. He helped turn a wayward Saints team into a contender, leading the Dome Patrol defense which was among the league's best.

And then, he came to Carolina and became a legend.

Mills was among the first free agents brought here during the expansion 1995 season, helping lay the foundation for a franchise that went 7-9 in its first season and 12-4 and to the NFC Championship Game in its magical second year.

Mills spearheaded that defense, and shepherded a talented group including Hall of Famer Kevin Greene which would exceed every expectation for a young team.

After his retirement following the 1997 season, Mills joined the Panthers as an assistant coach. He worked through being diagnosed with cancer in 2003, and prior to the playoff opener against Dallas that year, he delivered the words which became the defining and enduring moment of Panthers mythology.

"When I found out I had cancer, there were two things could do: quit or keep pounding," Mills told the team before that game.

During his NFL career, he was a three-time All Pro and a five-time Pro Bowler.

He's also been inducted into the Saints Ring of Honor, the Panthers Hall of Honor, and his 51 is the only number retired in Panthers history.

Panthers wide receiver Steve Smith Sr. was a semifinalist this year, in his first year of eligibility, but didn't make the cut from 26 to 15.
Go Back