Hospitals take more heat from Treasurer, calls for change in billing practices | Beaufort County Now | State Treasurer Dale Folwell is once again sounding the alarm on some nonprofit hospitals in the state, with a new report that shows low-income patients are being billed when they were eligible for charity care. 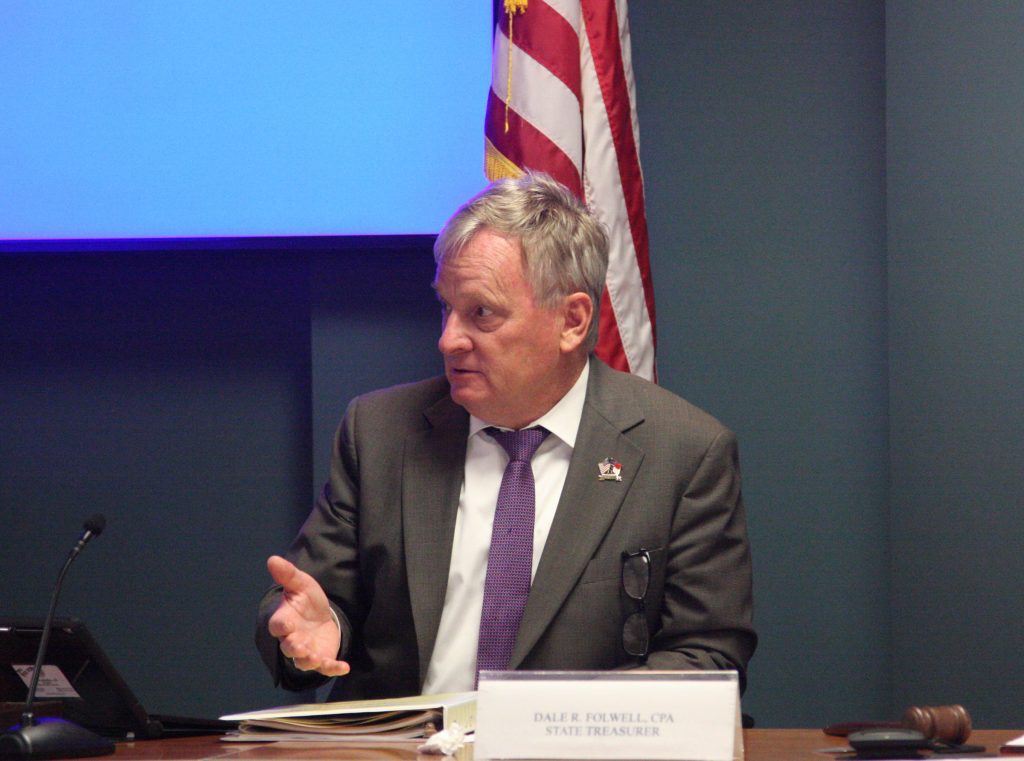 
State Treasurer Dale Folwell is once again sounding the alarm on some nonprofit hospitals in the state, with a new report that shows low-income patients are being billed when they were eligible for charity care. This comes on the heels of a similar report released in October by Folwell, who oversees the State Health Plan for government employees, the largest health insurance plan in the state.

The report, compiled by the N.C. State Health Plan and the National Academy of State Health Policy, and peer-reviewed by Rice University researchers, states that in 2019, 12 to almost 30% of bad debt, or $150 million, was charged to poor patients that were eligible for free or discounted charity care, despite lucrative tax breaks the nonprofit hospitals received to offset the care given, valued at more than $1.8 billion in 2020. Problems for disadvantaged patients, the report noted, only look to intensify due to the pandemic.

WakeMed was the exception noted in the report. The hospital system said a financial counselor contacts all of their uninsured patients first and they are the only large hospital system that publicly reported charity care costs in excess of its tax breaks.

The report cites a lack of transparency and oversight as to how hospitals handle charity care, as there is no official or agency to enforce such requirements and the IRS has no explicit thresholds for charity care spending or eligibility.

Researchers said their study faced major limitations due to the unavailability and the unreliability of hospitals' 990 tax filings. If hospitals are owned by state or local governments, the state doesn't require the same transparency in their 990 tax returns as other nonprofits, creating a failure in oversight that covers more than three in 10 nonprofit hospitals, including Atrium and UNC Health. UNC Health is state-owned and linked to the university system. Atrium Health System has 40 hospitals in four states and is organized under a local hospital board called The Charlotte-Mecklenburg Hospital Authority Board of Commissioners.

The N.C. Healthcare Association responded to the report with a statement on its website that read in part, "Hospitals' charity care spending and community benefit investment activity is transparent and accountable. Through federal oversight by the Internal Revenue Service, it is regulated, reported, and audited. Enforcement is the responsibility of the secretary of the United States Treasury. North Carolina's nonprofit hospitals annually submit audits to state and federal tax regulators who determine each year that hospitals meet their tax status obligations. Non-compliance can result in a revocation of a hospital's tax-exempt status, which has never happened in North Carolina. Instead, hospitals provide immense benefit, both patient- and community-focused, for the people of the state.

"Hospitals cannot just give everyone a charity care status," the statement continued. "Under IRS rules, patients must provide financial information to be qualified. Patients who decide not to work with hospitals through the application process to be considered for charity care cannot be given free care."

"Health care is running North Carolina," said Folwell. "We are seeing the cartelization of health care. Wall Street, in many respects, is running health care, including drug costs." He said newspaper reports state that hospitals are hiding the price of health care and people are charged different prices for the same procedure according to what type of insurance they have.

"We have a $34 billion unfunded health care liability in North Carolina. On top of that, we have some state employees that are having to work one week out of every four to pay the family premium. We can do better," he said.

Havlak said unless a patient qualifies for charity care, hospitals try to collect on their bills either through damaging credit scores, suing patients, or encouraging patients to open up a credit card that can charge 18% or higher.

"When you look in detail at the table, you will see multiple hospitals that are reporting very low levels of charity care despite the fact that there are high poverty rates in their county," Ho said. She pointed to other states that are looking at options to correct similar problems, including a recommendation from Johns Hopkins University to remove some hospitals' non-profit tax exemption status.

"There are so many hospitals that are failing to report all the required information," Ho said. "That puts North Carolinians at a disadvantage."

"The three things that I want to know if you are nonprofit, what is the value of your non-profit status? What is your total bad debt? What is your charity care?" said Burgin, offering to arrange a meeting between legislators and hospital officials to discuss the issue.

"I hate the idea that we are telling people that are already in a bad financial state to get a credit card with a high-interest rate that is going to make their credit worse," he added. "I don't want to do that to people, especially our state employees... The big problem is we don't have the information. The hospitals say they do it (charity care). My challenge to them is show us that you do it."

Chaudhuri cited reports that one in five state residents have medical debt, discouraging people from seeking health care and that disproportionately falls on low-income, rural, and minority families.

"When I look at the medical field trying to sign up people on credit cards and take advantage of them, it is predatory lending," said Goodwin, whose district has three small hospitals, the largest one with 20 beds. "Corrective action needs to be taken. We can pass a couple of bills that will fix this. Tax exemptions can be put in place, and they can be taken out of place. People are being taken advantage of."

"Coming from one of the poorest districts in the state, this targets the poor," said Hunter. "There needs to be some accountability and transparency."

"This isn't about the people doing the work of healthcare," said Folwell, who recounted having COVID in March 2020. "This is about the multimillion-dollar executives who run the multibillion-dollar corporations who disguise themselves as nonprofits. If we were ever known as the state with transparent health care, it would be an economic gold rush."

The N.C. Healthcare Association responded with their findings that hospitals have incurred more than $3 billion in unforeseeable expenses to fight the COIVD-19 pandemic, and like other industries are facing a worker shortage with 50% of hosptials' expenses now being labor costs. According to the American Hospital Association, more than a third of hospitals expected to have negative operating margins through year-end 2021.

"Attacking and demonizing hospitals while their exhausted employees are working 24/7 to meet a pandemic peak in hospitalizations is distracting, disrespectful and potentially dangerous," the statement read. "Throughout this week, North Carolina has seen new pandemic records reached for COVID-19 hospitalizations. For the State Treasurer to decide that now is the time to publicly demonize the state's hospitals is unconscionable."

The legislators concluded by saying they would like to meet with healthcare officials involved in the process before introducing any legislation.
Go Back