Melodies I Like to Play: "Bookends /Old Friends" | Eastern North Carolina Now | People grow old with music, as I have as well; and, on strong occasion, what they learn to love early in life influences what they love as they grow older. 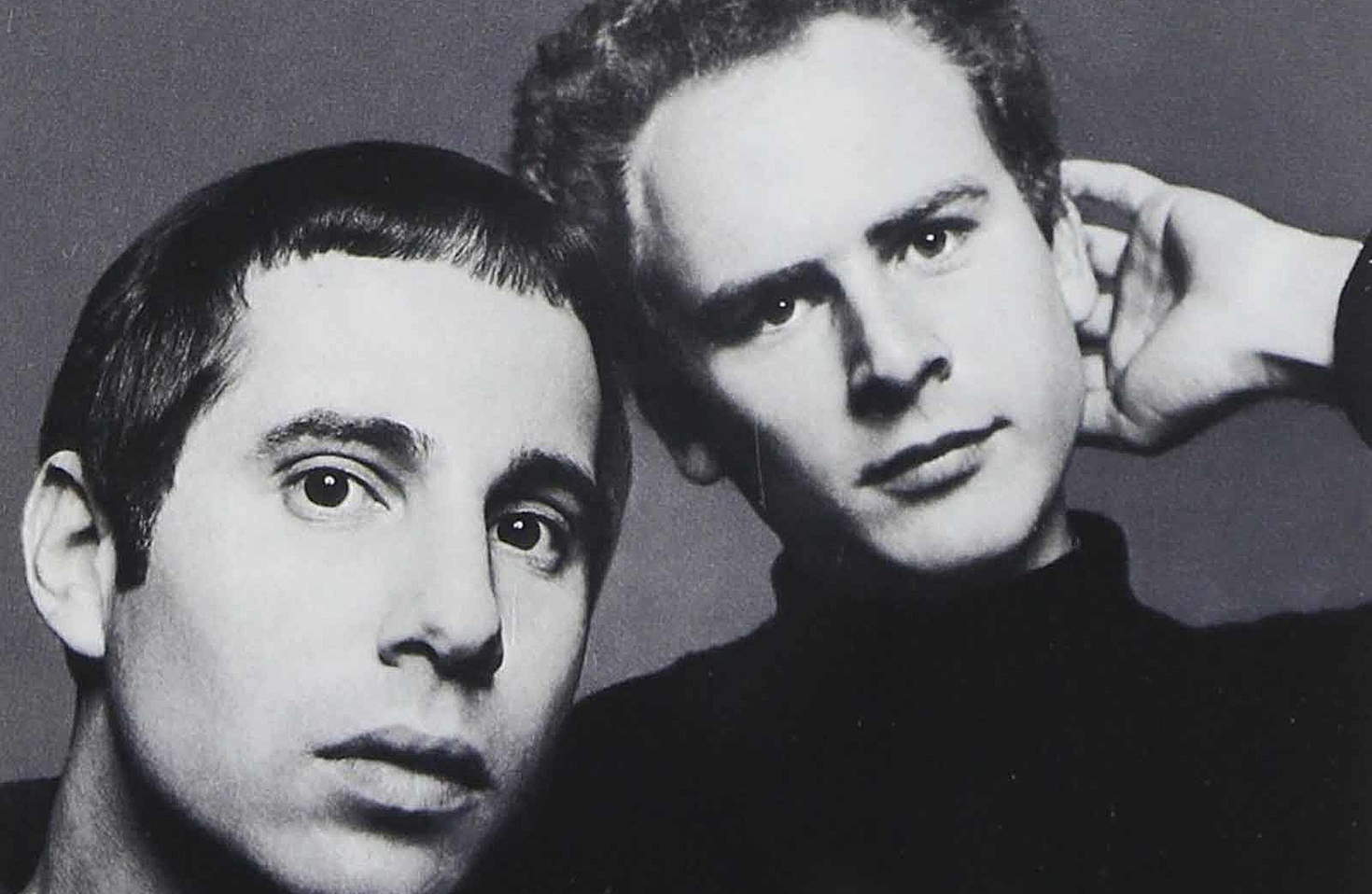 This is the third installment of a new series regarding music I care about enough to begin the struggle to wander down a poor path toward the playing of that subject song; a list of which can be found here.

People grow old with music, as I have as well; and, on strong occasion, what they learn to love early in life influences what they love as they grow older. This must be the explanation why I still love Paul Simon's prodigious melodies, very old and not so very old, as much, or more than I did way back when I had my whole life ahead of me. To that end, I am still in debt to the diminutive singer /songwriter, with the taller, string-bean of a Jewish kid singing the high notes.

Simon and Garfunkel's first classic album, Bookends (Composer Paul Simon), reverberated musical tones of enduring bliss to the eager ear then, and in perpetuity for those who crave to enjoy some of the best music of that bountiful era, and beyond in his long career, as Paul Simon continued to create some of the noblest works of his, and many generations; most notably, his classic opus, the indominable "Graceland."


The front cover of the melodically immortal "Bookends": Below. Click image to expand.

When I learned to play guitar just a few years back, I instinctively re-tried my luck with the traditional standard "House of the Rising Son", but what I wished I could have played was "Bookends". Now I can play the song in varying qualities as is my nature. It was a long, but fun ride to climb that mountain of knowledge to get this song almost right, and "right" will be what you will enjoy in the video just above these poor lines of my expression of thanks to Composer /Artist Paul Simon for this one song "I like to play".

Below is the arrangement of guitar chords that work best in creating the signature sound of "Bookends /Old Friends," employing my novice playing style; with just a few choice changes which I implement to complement that evolving style of picking out the pleasing coordinated notes.


Simon and Garfunkel performing "Bookends /Old Friends" in Central Park some 23 years later on August 15, 1991: Below.

composed by Paul Simon in 1968; performed by Simon and Garfunkel 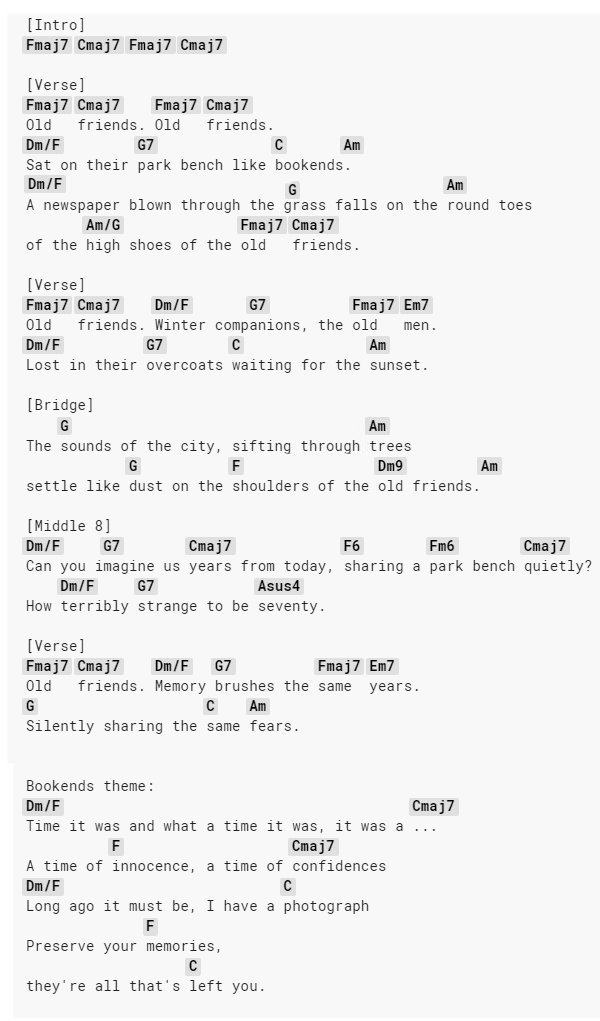