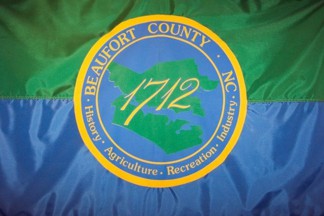 It is no secret that almost all governments in the United States are awash in money.  This surplus did not come about because of the unusual ability of any government or politician to save money or to curtail spending. It is caused by high taxes and the irresponsible printing of money. The socialists have found novel ways to dispense money to every corner of society.  There are a multitude of programs ranging from payments to parents, to unearned income, to pay not to work, to pay your utility bill, on and on it goes.  Not only do governments have surplus money but many households have enough government money so members do not have to work.

All those programs put money into circulation.  Money circulating means sales taxes are paid, workers are paid and other fees are paid.  All fattening government coffers.  Almost all of the money governments give to us is borrowed or hot off their presses.  What could possibly go wrong?

The Federal Government’s policies during the “covid crisis” have accelerated the inflows of cash into county coffers.  The Feds have made huge blocks of cash available to all state, county, school and other governments.  There is only one requirement.  They must spend the money quickly, within 2 to 3 years,

About 15 years ago, during the infancy of the movement for fair taxes, the pitch was made that property taxes could be reduced because of the money collected from sales taxes.  At that time the property owner was being gored because those who did not own property paid little in taxes.  It is not fair for one category of citizen to pay the entire burden for local government (county government).

Liberal politicians are greedy.  They want all the money they can get so they can pay for more welfare programs and gifts.  Property taxes have not been lowered during the past 15 years.  They have been increased.  If tax reductions are not given, this money will be used to make Beaufort County government bigger.  A major reason this is true is what they call continuation budgeting.  That is a fraudulent way of guaranteeing more money will be spent.  What they do is take last year’s expenditures and add new things.  Then the new things just keep “continue” to be funded year after year.  When was the last time you heard of the County Manager recommending a program be terminated?  In this game of continuation budgeting department heads have no incentive to cut costs.  Just the opposite is true.  They make sure they spend all the money so they can get more the next year.

The Beaufort County finance officer presented documentation at the budget work shop  proving there is enough money piling up to allow a ten percent decrease in property taxes this year. (the 2022/23 fiscal year).  A discussion was held with the “four Democrats”  (Waters, Rebholz, Booth and Langley)refusing to commit to lowering taxes even one penny.  During the discussion the air in the room was thick with “greed”.  These guys have plans for your money.

Two commissioners running for re election in the May 17 primary have not committed to lowering taxes.  They are Frankie Waters and Ed Booth.

This issue is driven by nominal Republicans Frankie Waters and John Rebholz reaching across the aisle to form a coalition with the Democrats. That coalition elects RINO Waters Chairman and  Democrat Langley Vice Chairman.  Waters, Rebholz, Langley and Booth vote as a liberal (Democrat) Block on almost all policy issues.

The Beaufort County Board of Commissioners is composed of 5 Republicans and 2 Democrats.  During the past 2 years Waters and Rebholz have voted with the two Democrats.  This is consistent with Waters back ground, having changed his registration from Democrat to Republican just before registering to run as a Republican.  Simple logic, Waters cannot get elected as a Democrat.

The Beaufort County Republican Party has issues with vetting candidates.  A vote by the Executive Committee at the February 2022 meeting failed to approve vetting candidates. Any political party that does not run candidates who are loyal to their platform will become infiltrated with the opposing party (in this case Democrats).  There is a manipulative faction inside the Republican Party, county, state, and Federal who are determined to put down normal or conservative Republicans.  Look at Trump vs Romney vs Bush vs  McConnell.

As we go into the May 17 primary, conservative Republicans should identify RINO’s (Republican In Name Only) and root them out.  The Reagan principles still apply:  Smaller government, lower taxes and more freedom.

Don’t you think it is about time Beaufort County tried conservative government?  Let’s dump Republicans who vote like Democrats.

In this election it will be more important than ever to elect only conservative commissioners who pledge to cut taxes.  Most people see an economic storm coming.  Inflation driven by excess government spending is going to impose a real hardship on everyone of us.  Government should be made smaller and spend less.  The best way to do that is cut taxes.