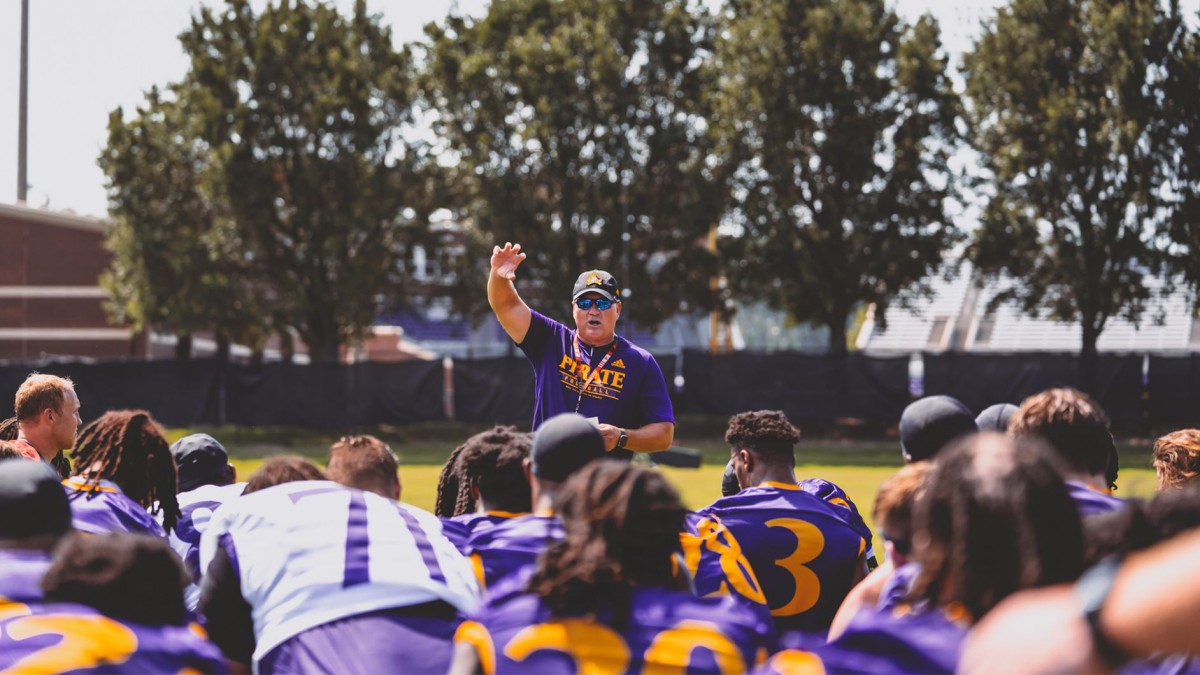 Following a 6:15 a.m. wake-up call, breakfast, treatments, positional meetings and a 10-minute walk-through, Houston and his staff conducted a fundamentals-oriented 110-minute practice in shorts and helmets with temperature in the upper 80's and high humidity. ECU follows Wednesday's workout with sessions through Saturday before its first scheduled off day of camp Sunday.

"Day one is officially in the books," Houston said. "It was a good day of prep from what we are going to see in the first month of September. I thought we came out with great enthusiasm; we had some of the older guys with exceptional effort and great examples of how we want to play. There are some things we need to work on with it being day one, and get corrected, but there were a lot of positives as well. I thought they (team) were very motivated and we had strong leadership on a very solid first day."

The Pirates return 14 of 22 positional starters (seven offense, seven defense) and one on special teams while welcoming back 50 lettermen from last year's squad (21 offense, 27 defense, two specialists). A year ago, ECU turned in a 7-5 overall record, a 5-3 mark in The American and won five of its last six games for a share of third place in the conference.

The Pirates are scheduled to progress to shells (shoulder pads) for the first time Friday before a full gear workout Tuesday per NCAA rules. ECU will close camp on Saturday, Aug. 20 with its second scrimmage before returning to a customary in-season late afternoon schedule in preparation for its opener against NC State in Greenville on Saturday, Sept. 3.
Go Back