The leadership of the Beaufort County Republican Party seems to be on an irresponsible trip to nowhere.  Included in the leadership is the Chairman, Carolyn Garris, the Executive Committee and several elected officials.  These people are stepping from one cow pile to the next. We guess the warm fuzzy feeling of manure is what keeps them going.

The latest embarrassment came on September 26 when Republican Executive Committee member and deputy sheriff, Kelly Cox, posted about 800 words on Face Book supporting Democrat Corey Rogerson for sheriff and complaining about Candidate Hammonds.  Cox had the audacity to title the post “My support for Corey Rogerson for Beaufort County Sheriff”.

Normally Cox could support whomever he pleases just like anyone else, regardless of party affiliation. It is a free country and we have free speech. 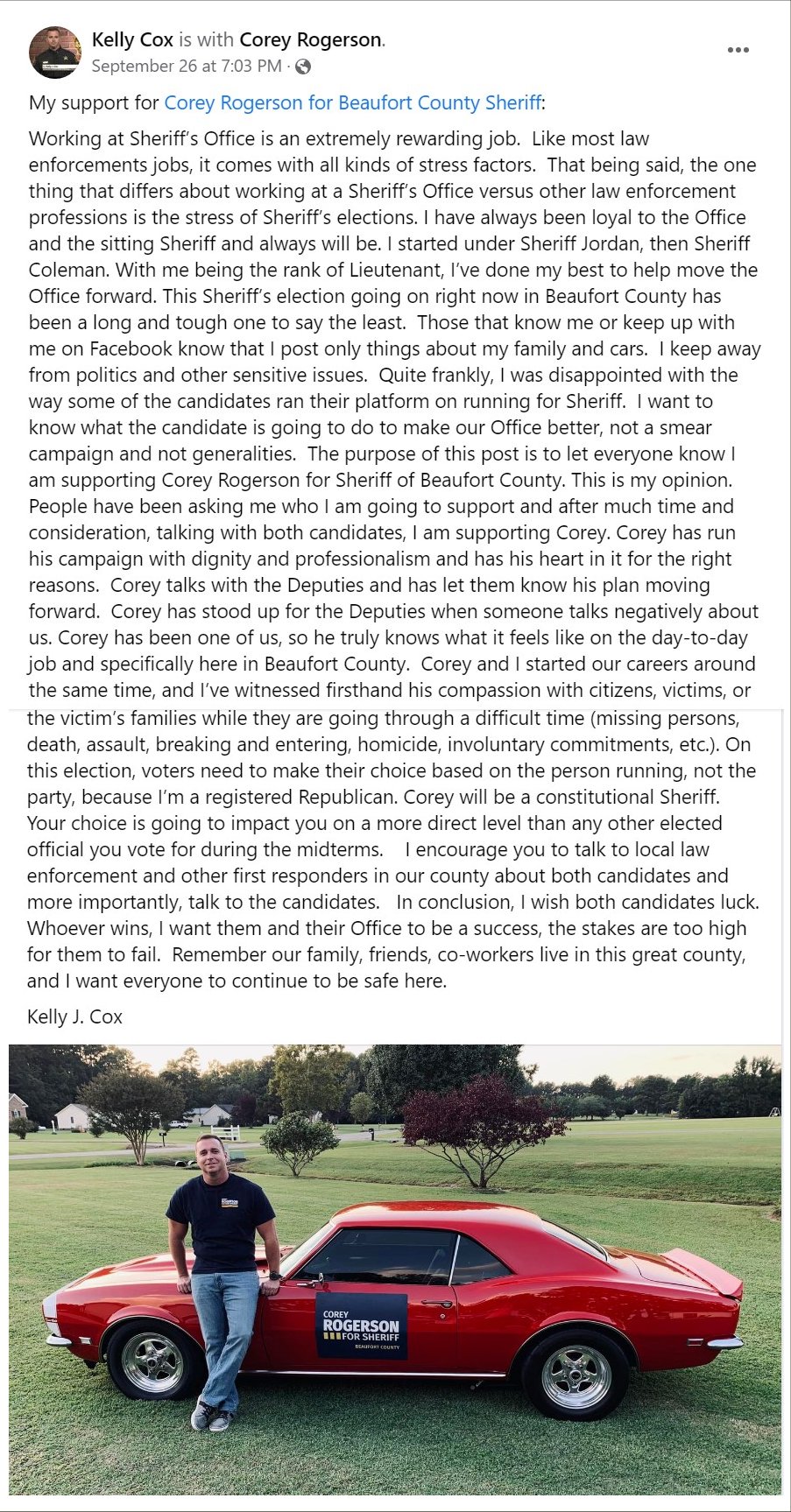 Exhibit A - Kelly Cox: Above.

Why would any deputy so eagerly, enthusiastically, and publicly endorse any particular person for sheriff.  The answer is money, position, a job.  We believe Cox has made a deal with Rogerson for Cox to have a job should Roberson get elected.  Could Cox be the new Chief Deputy?  Beaufort County politics as usual.

We have pointed out in a previous article that there is workplace stress within the sheriff’s office as deputies and employees try to be on the right side of the new sheriff.  Deals are being cut with Rogerson in an attempt to defeat Hammonds.

Past elections in Beaufort County lead us to believe Republicans will continue to win the Sheriffs race.  That is unless Democrat Rogerson can cause division by promising cushy jobs to the present employees so they will campaign against Hammonds.  It is probable, the stress in the sheriff’s office is caused by some employees cutting deals with Rogerson.  That means to us that if Rogerson gets elected there could be wholesale discharges of those Republicans now employed by Sheriff Coleman.  The stress is caused by the disloyalty of those Republicans cutting deals with Democrat Rogerson.  The employees are thinking:  “Who do I want to share a fox hole with?”

We continue to believe a hired police force is better for the public good than a political police force.  This is but one example of why that is better for Beaufort County.  We need to get politics out of law enforcement. 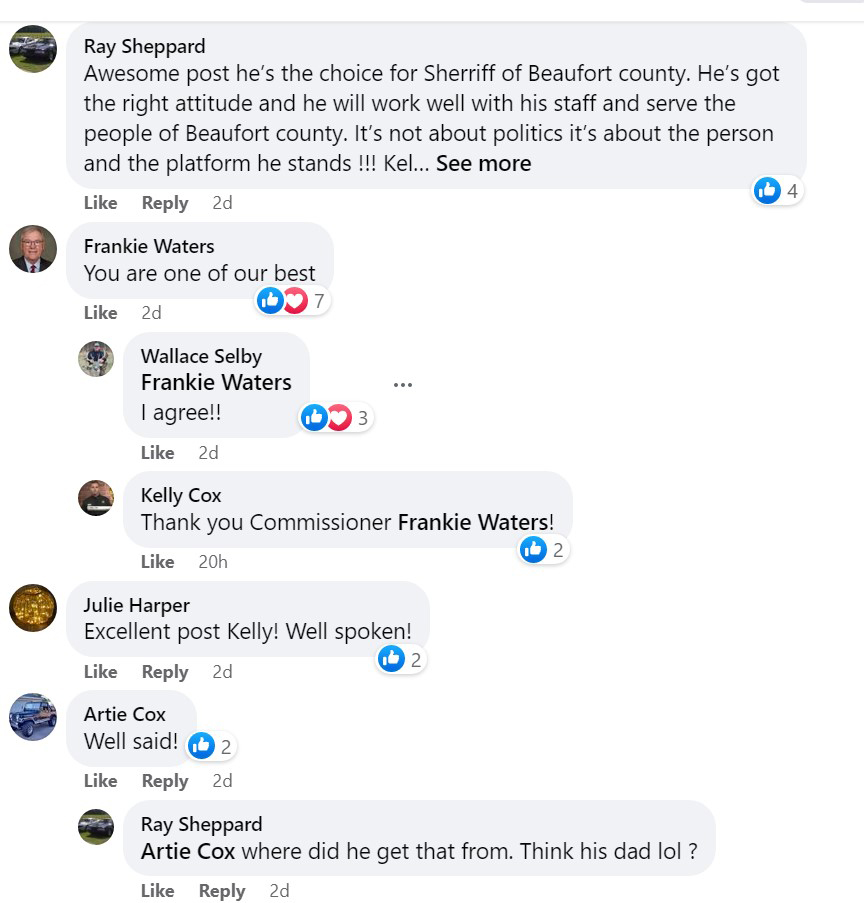 Exhibit B - Frankie Waters: Above.

Double gag a political maggot.  Beaufort County Commissioner and member of the Beaufort County Republican Executive Committee, John Rebholz, signed on to Face Book and gave a thumbs up.  The same criticisms of Fake Frankie Waters and Kelly Cox apply to Commissioner Rebholz.

We get a triple gagged political maggot.  Paul Varcoe, a member of the Beaufort County Republican Executive Committee signed on to the Kelly Cox Face Book post and gave a thumbs up. The same comments about the above named maggots apply to Varcoe. 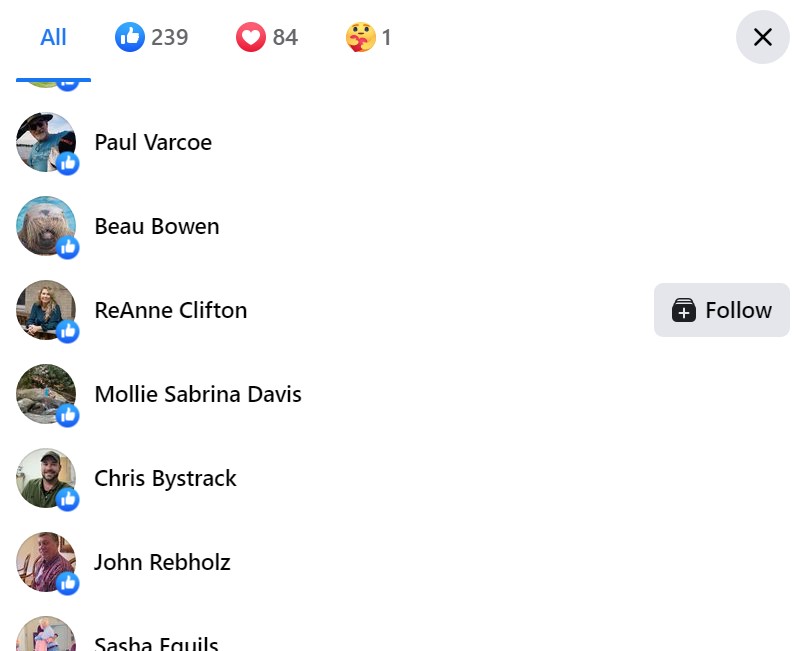 Republican rules on the State and County levels say the same thing about disloyalty.  Disloyalty is supporting a candidate of any other party when a Republican is running in that race.

Frankie Waters refused to answer a questionnaire sent by the Beaufort County Republican Party to all candidates the first time he ran for office.  One of the questions was about party loyalty and supporting the Republican platform.   Fake Frankie Waters was a Democrat just a few months before he received the questionnaire. Since then Fake Frankie Waters has allied himself with Democrats on the Board of Commissioners and has supported a preponderance of Democrat issues.  These include the 4 million dollar telephone give away, a new jail, and illegal immigration.

Under the rules of the Republican Party, Paul Varcoe, Frankie Waters, Kelly Cox, and John Rebholz have committed acts of disloyalty.  The Chairman, Carolyn Garris, is using her position to seek to obtain a cushy political job in an unethical way.

All of those named in this article believe they can change the rules or make them up to suit themselves.  All of these people were elected and not anointed.

We continue to support the Republican candidate, Scott Hammonds. There are no charges of disloyalty or any other blemishes on his character.  Vote for Scott Hammonds for Sheriff.

The real choice comes down to this:  Do you want a political operation providing law enforcement or do you want a professional organization doing it.  Rogerson represents “more of the same.”  Hammonds means change.