Who we elect as judges makes a world of difference | Eastern North Carolina Now | Donna King, writing at the Carolina Journal explains why it is so important who you vote for

Who we elect as judges makes a world of difference 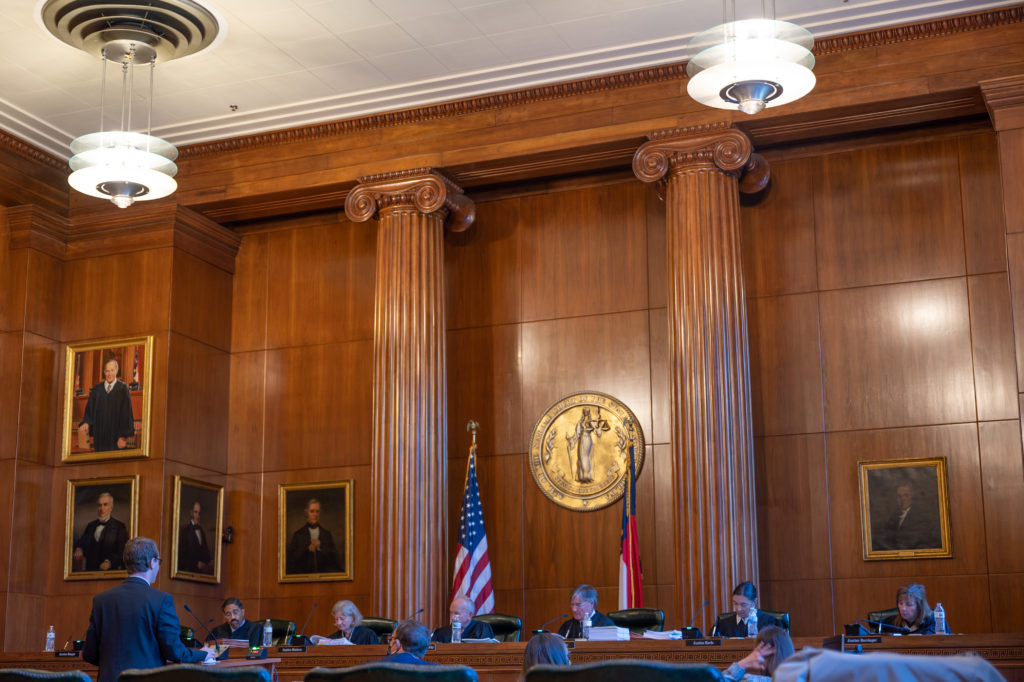 With just weeks to go until the November midterm elections, both major political parties have their eyes on the North Carolina Supreme Court, where control of the court is up for grabs. Two seats are on the ballot. If Republicans win even one, the balance of the court shifts from left-leaning to right-leaning.

The races come down to two Democrats, established in the state’s judiciary by a long family pedigree in Democrat politics, being challenged by younger conservatives who would be the first-generation to N.C. elected office in their respective families.

In both races the Democrats are out-raising the Republicans, based in part on money raised by national Democrats with an eye on abortion law in N.C. However, in recent polling Republicans are outperforming the Democrats with likely voters. According to the latest poll from the John Locke Foundation taken at the end of September, Republican Richard Dietz leads Democrat Lucy Inman 44.5% to 40.5%. Republican Trey Allen also leads Democrat Sam J. Ervin 46.0% to 38.9%. Of the respondents, 15% remain undecided.

Appeals Court Judge Lucy Inman is part of the controversial Daniels family, founders of the News and Observer. Her challenger, Richard Dietz, also serves on the Court of Appeals, and comes from what he describes as a poor “mountain family” of railroad and telephone workers.

Associate Justice Jimmy Ervin IV is the third generation of Democrat men in his family to be elected to high office and is defending his seat against Republican Trey Allen, a former U.S. Marine who is currently the general counsel at the Administrative Office of the Courts.

Partisan politics on the high court have come under scrutiny, particularly as battles over the state’s redistricting maps, voter ID, felon voting, and other partisan issues have made their way to the justices who, generally, have voted along partisan lines.

In a recent forum with all four candidates, held at the inaugural conference of the N.C. Chapter of the Federalist Society, the candidates all spoke about earning back public trust in the judiciary. Inman said accusations that the court is legislating from the bench may simply be a matter of perspective, but did criticize recent decisions by her Democrat colleagues.

“It’s very troubling to me when we see the Supreme Court, especially in the year 2021, had so many cases of all matters that were not even political where you had a 4-3 decision,” she said. “I think that a pattern of justices and judges voting together lockstep suggests that they are not acting as independently as they need to be.”

Inman and Dietz are running for Seat 3 on the high court. Dietz told the gathering that the increasing partisan focus on the bench threatens the judiciary itself.

“I think our supreme court needs leaders who can reassure the public that the judicial branch and the courts are independent and that the courts are not involved in politics and that a judge’s role is to defend our constitutional rights and to protect the rule of law, and to help people resolve their legal disputes fairly… I can be that leader.”

In 2014, Inman was elected to an eight-year term on the N.C. Court of Appeals. Dietz was appointed to the Court of Appeals that same year by Republican Gov. Pat McCrory and was re-elected in 2016.

Inman is the daughter of author Lucy Daniels, granddaughter of former White House Press Secretary Jonathan Daniels, and great-granddaughter of Josephus Daniels, the founder of the News and Observer and known for his role in the racist Wilmington Massacre of 1898. This is Inman’s second run at the N.C. Supreme Court. She was defeated by Phil Berger Jr. in 2020 for an open seat, 51% to 49%, a margin of 71,517 votes.

While Ervin is an incumbent, that may mean an uphill battle as his party-line votes on redistricting maps and the voter ID constitutional amendment have landed him squarely in the middle of the debate over a partisan judiciary and may make him vulnerable to Allen.

“In analysis of voting patterns, you’ll see that I do not hesitate to take any particular party’s side in any particular case because I think that party is correct,” Ervin told the group. “That’s what the law requires, and therefore I do it. I’ve done that even on what can be described as politically charged cases, on several different occasions. Ultimately, the success of the court depends upon the perception of the fairness and impartiality of that court.”

“One of our fundamental principles that our constitution lays out is the separation of powers,” he said. “Why is that so vital? More than any other branch of government the judiciary depends for its authority on the public trust. If we get to the point where a critical mass of the public no longer believes that our courts function as courts of law but instead function as political bodies, as super legislatures, we will lose our justice system.”

Ervin is the only Supreme Court candidate to attend law school outside of the state, having received his J.D. from Harvard Law School. Allen and Inman earned their law degrees at UNC-Chapel Hill School of Law, while Dietz earned his at Wake Forest University School of Law.

With judicial races flying somewhat under the general public’s radar, campaign spending becomes even more crucial, especially as national Democrats may be facing losses in Congress and state legislatures.

This article originally appeared in the Oct/Nov print edition of the Carolina Journal.