Third-quarter finance reports dropped this weekend for U.S House and Senate candidates, giving reporters and election observers further fuel for various speculations of what this November may bring. While Ted Budd got some fantastic news in the most recent ECU poll, fundraising favors Democrats in the Senate and several key congressional races. 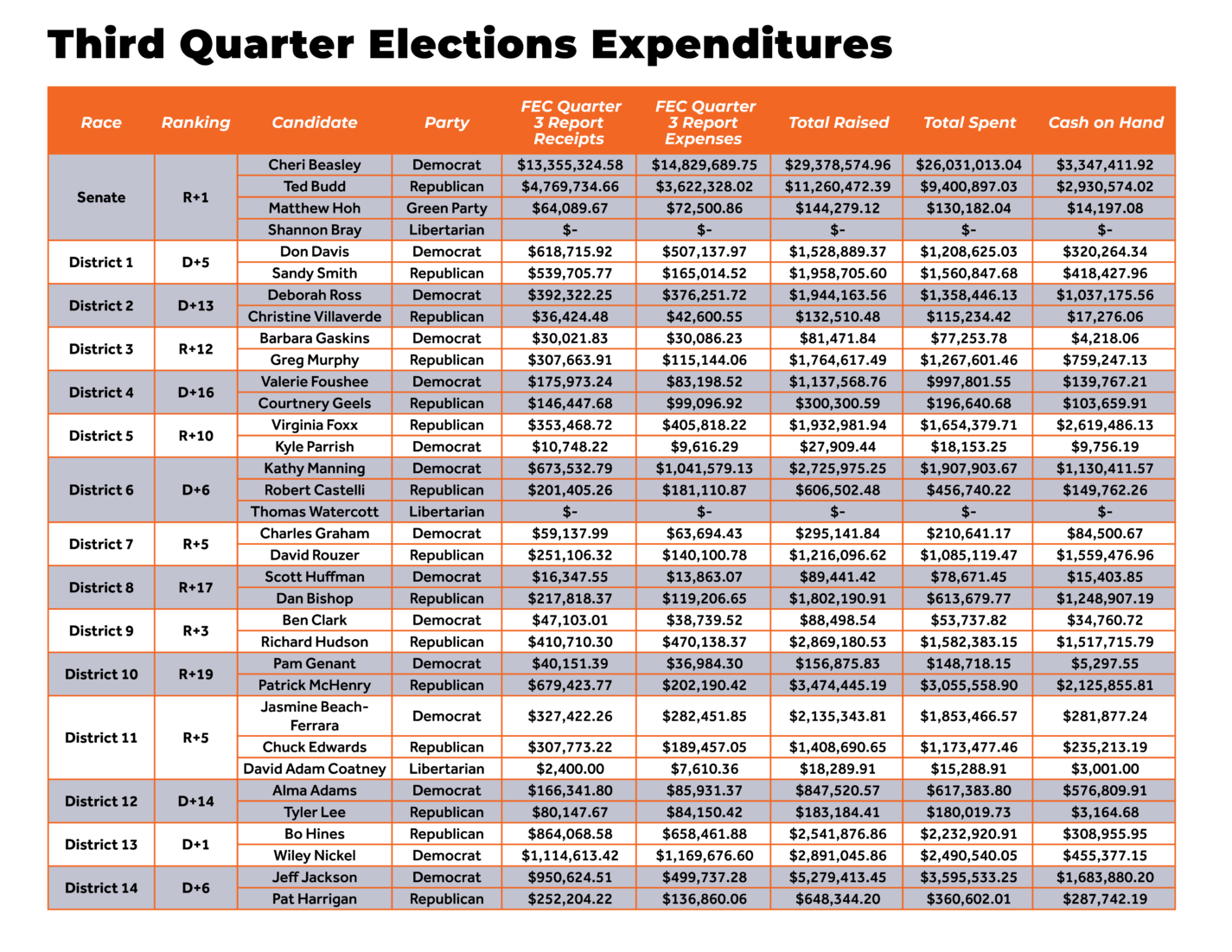 Of the federal elections to watch, the Senate and congressional districts 1, 6, 13 and 14, Democrats came away with significant third-quarter fundraising advantages. Democratic Senate candidate Cheri Beasley outraised Republican Congressman Ted Budd, garnering more than three times his fundraising total for the quarter. Looking back on North Carolina's prior elections, this is par for the course. Democrats tend to outraise and outspend Republicans in the third quarter reports.

While Democrats usually have a direct financial lead at the end of the third quarter, the difference in cash on hand at the end of the report remains very close. Beasley has had to put a significant amount of money into advertisements since most of her Independent Expenditures (IE's) came late. They have steadily increased since the middle of September, however. Most of the advertising for Budd has come through conservative organizations IE's, with him now passing $40.5 million for this year's general election to Beasley's $11.6 million.

While Democrats in Districts 6 and 14 have gained significant financial leads over their Republican opponents, Districts 1 and 13 are neck and neck in finances. Republican Sandy Smith is the only Republican in a competitive congressional seat to have a fundraising lead. Both races have begun receiving significant focus from national groups.

While Democrat Don Davis is running in the much safer democratic seat (currently held by long-standing Congressman G.K. Butterfield), he has received substantially more funds from the Democratic Congressional Campaign Committee (DCCC) than Wiley Nickle in North Carolina's sole toss-up seat has. Davis ranks sixth in all DCCC's funding as of October 18th, receiving roughly $2.5 million in IE's as opposed to Nickel, who has only received $720k. While the 13th is one of the most watched seats for congress this year, Nickel is ranked 37 out of 41 in DCCC funding.

Though the DCCC is not focusing on the 13th as much as many would expect, Nickel saw a significant increase in outside funding this week. 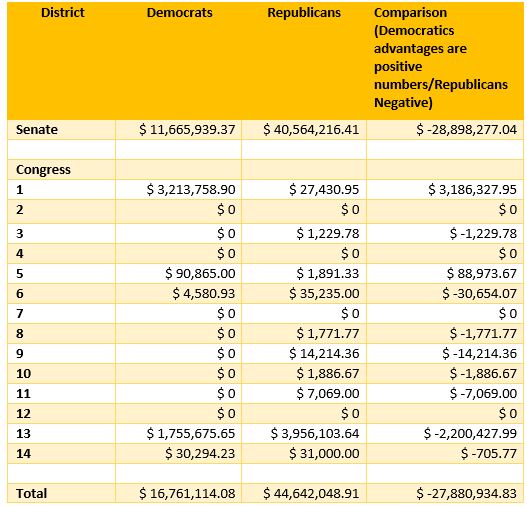 With early voting starting this Thursday, October 20th, we should expect outside funding to increase as groups try to push voters to the polls in favor of their preferred candidates.
Go Back