Organized assault by flag waiving Venezuelans on US Border Patrol | Eastern North Carolina Now | how is this NOT a foreign invasion?

Organized assault by flag waiving Venezuelans on US Border Patrol

A large group of illegal alien migrants from Venezuela tried to cross the US border, waiving the Venezuelan flag and aggressively throwing rocks at US Border Patrol officers.  The border patrol responded by firing peper balls and rubber bullets at the foreign aggressors and forced them back across the border into Mexico (the Biden regime will probably punish them for the latter).  Two Border Patrol agents were injured, one struck by rocks and the other struck by a flag pole.

This article is from a major British newspaper.  The American MSM is being silent on this attack.

How is this not a foreign invasion of the US?  Why are our borders not better fortified to stop this?  Were these Venezuelans some of those their government released from prison to send to the US? 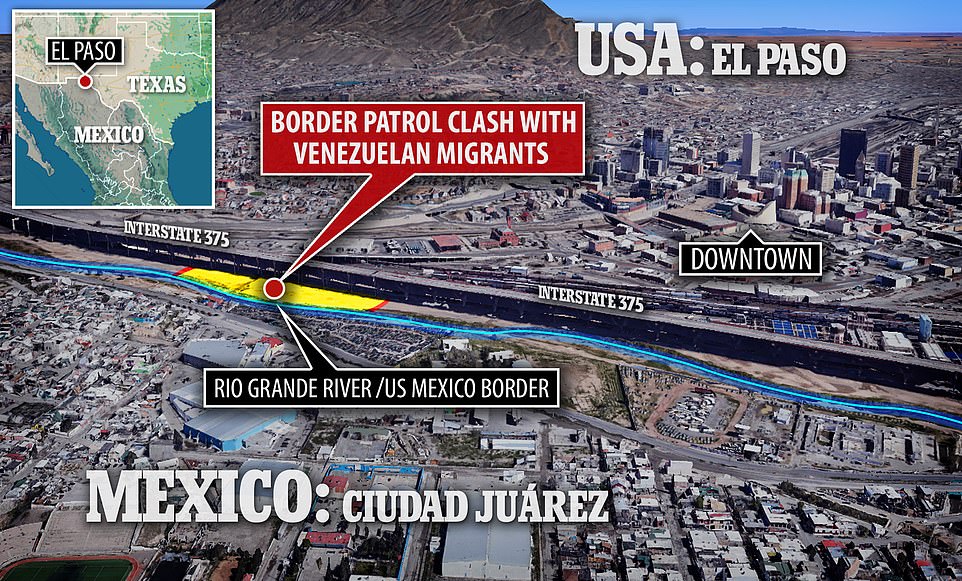