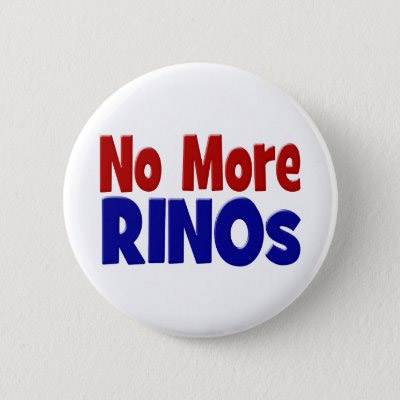 In recent years, we have had a steady diet of the Republican leadership straying off to the left on a variety of issues that has often puzzled and upset GOP voters and activists.  Too often they have pulled many of our Republican legislators with them.

We saw both Senate President Phil Berger and House Speaker Tim Moore orchestrate the surrender to the Gaystapo on the climbdown to repeal our bathroom/locker room privacy law, HB2.  We saw Berger and Moore use strongarm tactics to ram through North Carolina's Green New Deal, HB951, which is more radical than the European Union's Green Deal.  We saw Berger push the Obamacare Medicaid expansion through the Senate and Moore try to push it through the House.  We saw Moore block consideration of the Parents Bill of Rights for schools in the House after it passed the Senate.  The list could go on.

All of these things are against the Republican platform, and where polls have been taken they are diametrically opposite the positions of Republican voters.  Why have our leaders gone astray?  There are probably several reasons, including listening to special interest lobbyists, but a big one is their key staff are often not conservatives and care little for Republican policy.

Here are some prime examples.

Dan Gurley is House Speaker Tim Moore's Deputy Chief of Staff.  He is also a homosexual activist who has served as a board member and chairman of the board of Equality NC, the leading “gay rights” pressure group in the state, and one noted for radical positions on those issues.  How is Gurley going to be expected to advise Moore on issues like the bathroom privacy law or the Parents Bill of Rights?  From the Republican standpoint or the “gay rights” far left standpoint? https://dailyhaymaker.com/timmys-gay-kicks-lame-duck-cawthorn-one-more-time/

Brent Woodcox is a millennial lawyer who is a staffer particularly close to Senator Phil Berger.  His official title is Senior Policy Counsel.  When the GOP's redistricting consultant became ill, Berger turned to Woodcox to draw the Senate redistricting maps in 2020.  Woodcox is also a Never Trumper who posted anti-Trump comments on social media in the run-up to the 2018 election yet kept his job with Berger.  Woodcox heads a group called YIMBY (Yes in My Back Yard) pushing low income housing in middle class neighborhoods in Raleigh.  Woodcox is a Kentucky transplant to NC.  Given his liberal tendencies, how is someone like Woodcox going to advise Berger on issues of concern to Republican voters?  One curious part of Woodcox's 2020 redistricting map gerrymandered the leading opponent of the green new deal, Senator Bill Cook, out of his district, and redrew that district for a major wind/solar supporter from the House, Rep. Bob Steinberg.  Woodcox's preliminary map was also given to the far left pressure group Common Cause for their comment days before it was even shown to GOP senators.  https://dailyhaymaker.com/top-ncga-gop-staffer-trump-is-a-buffoon/

Andre Beliveau is a New York transplant who worked as a Policy Advisor to Senator Phil Berger at the time of the 2020 redistricting and the 2021 adoption of NC's Green New Deal, working both in the areas of redistricting and energy.  He was thus likely involved in the gerrymander of Green New Deal opponent Senator Bill Cook and in the Green New Deal  rewrites and passage itself.  Beliveau now works at the John Locke Foundation, where he penned an article favorable to HB951 even though Locke fought it tooth and nail in the legislature and other Locke writers still expose its dangers to our state.  Beliveau is active in the NC chapter of the Log Cabin Republicans and was one of the top contributors to the Log Cabin Republican state level NC political action committee in 2021-22.  Beliveau started his career in the General Assembly as an aide to Senator Paul Newton, who is a retired executive of “woke” Duke Energy and now a champion of special interests in the legislature.

What Republicans need in key staff positions are North Carolina conservatives, not out of state liberals.