Login to Send a Private Message to Stan Deatherage
"Dr. Brannon will stand up against the Washington establishment" - U.S. Senator Rand Paul.

Today, I spent some time with 3 of my much more liberal colleagues, when engaged in county business, where conversations ranged from: 'It's the Republican's fault in Raleigh as to the limited viability of ObamaCare in North Carolina' to 'Can NC Speaker Thom Tillis truly engage Senator Kay Hagan in next year's election?' Is it any wonder that I was thrilled to see possible presidential hopeful Senator Rand Paul in full support of Dr. Greg Brannon to challenge ultra-liberal Kay Hagan for the next U.S. Senate seat to represent North Carolina?

"I enthusiastically endorse Greg Brannon for U.S. Senate because he's a true constitutional conservative who will join me in fighting against business as usual in Washington."

"Americans are looking for leaders who will honor their oath of office by fighting to 'protect and defend' the Constitution and Greg is the clear choice for conservatives in North Carolina."

"The American people don't want more politicians in the U.S. Senate who will continue to expand the size of government. We need Greg in the Senate to provide vital reinforcements to help reverse out-of-control spending, restore constitutional limitations on our federal government, and fight back against President Obama's agenda."

"And as Ted Cruz, Mike Lee and I showed clearly in our campaigns, when you run on principle and excite the grass-roots Republicans, and Independents and even Democrats hungry for a change, you win. That's why I support Greg Brannon, and expect him to be North Carolina's next Senator," concluded Senator Paul.

Senator Paul's endorsement is sure to take the Brannon campaign's momentum to an all new level as conservative support from across the state has surged in recent weeks.

The pro-life Obstetrician's campaign has energized conservatives who are excited to have an anti-establishment candidate in the race who will oppose the Big Government, big spending status quo in both political parties.

"I urge conservatives in the state of North Carolina and across the nation to rally around Greg Brannon by contributing generously to his campaign and joining the grassroots volunteer effort to ensure that there is a strong Constitutional conservative Senator from North Carolina," said Paul. 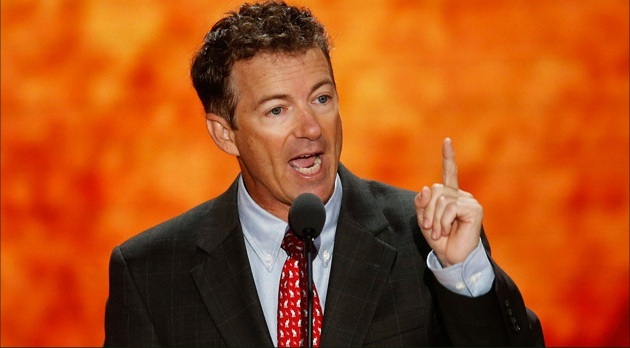 "I'm honored to receive the endorsement of Senator Paul, a true champion for liberty in Washington. Senator Paul has shown principled leadership in the U.S. Senate and I look forward to the opportunity to join him in this fight," said Brannon.

Opportunities to speak with the candidate are available for members of the media upon request. Please contact Campaign Manager, Reilly O'Neal, at (919) 508-6087 or email mailto: press@gregbrannon.com with questions.
Go Back