Login to Send a Private Message to Stan Deatherage
Publisher's note: On February 11, 2011, Comedian Maria Bamford came to the Turnage Theater for one show. For many reasons, we have not had the time to finish the story of her visit. This weekend, I made the time by completing an article that is mostly a pictorial. Here below is that article with assistance from our editor, Brandia Deatherage.

Some members of the crowd at the Turnage Theater, where about 250 of 450 seats were filled, were roiled by her irreverent humor, and others just laughed their fool heads off. I personally understood it both ways, but, having paid good money for the show, I took the road most traveled, and elected to see Maria Bamford's bizarre sense humor for what it really is - just plain funny, but in an odd way.

Maria is reminiscent of a young Steve Martin, from back in his stand-up days, but uncomfortably skewed in an almost familiar psychotic sense. Like Steve, there rarely is a punch line. Maria's inclination is to draw the audience deeper, and reluctantly for some, into her comedic web, until we see her strange approach to dispensing what she projects as funny.

Whether it is her mammoth range of strangely unique voices that escape her oral cavity, or her wildly funny looks that transform her face, Maria aches to communicate all that boils deep within her, and for some folks, I understand, it was quite a bit to take in.

The Turnage Theater is located in Beaufort County, deep in the Southern heartland, and not everyone should be expected to embrace Maria's eclectic approach to exposing the multifaceted depth of her psyche, and the deep, dark funny that lies within. I learned after the show that there were those who were offended by her occasional exploding F-bomb, and her sacrilegious tone that initiated her show, to which she exclaimed in her sweetened high-pitched, child-like voice, "At least you can leave here tonight feeling superior to someone, like me, who just doesn't get it."

Maria's diminished faith notwithstanding, her act took some getting used to, and demands that the reluctant audience be drawn into her fragile psyche in order to explore the exposed multifaceted dimension of her sense of what funny is. That profound sense of comedy is exhibited in these images, below, of Maria as she travels through the dark recesses where her comedy lives. 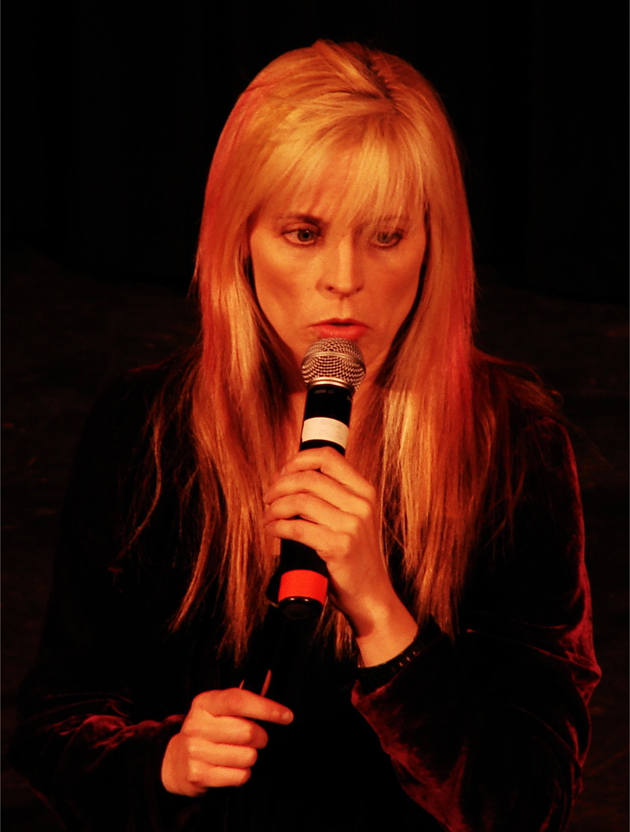 Maria's wide assemblage of voices ranged from that of a small wondrous child to those of an adult pushed to the point of prepossession: Above and below.    images by Stan Deatherage 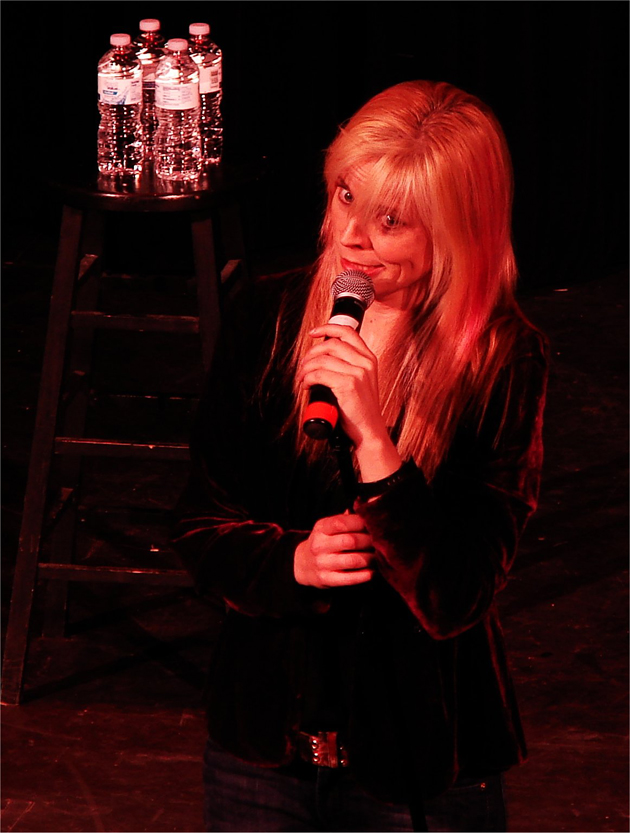 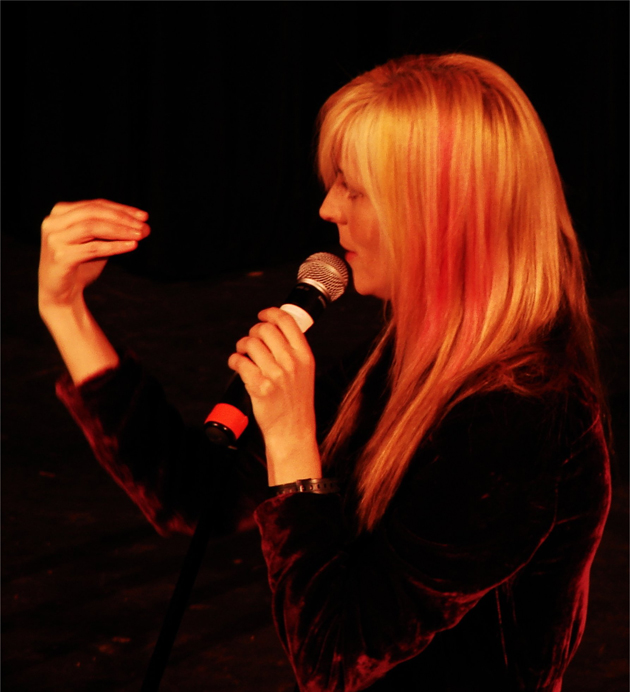 Ms. Bamford, when not traveling with her stand-up act, does a variety of voices for a plethora of television and movie characters. These voices, and variations of such, stay with Maria and surface in her act at quite regular intervals: Above and below.    images by Stan Deatherage 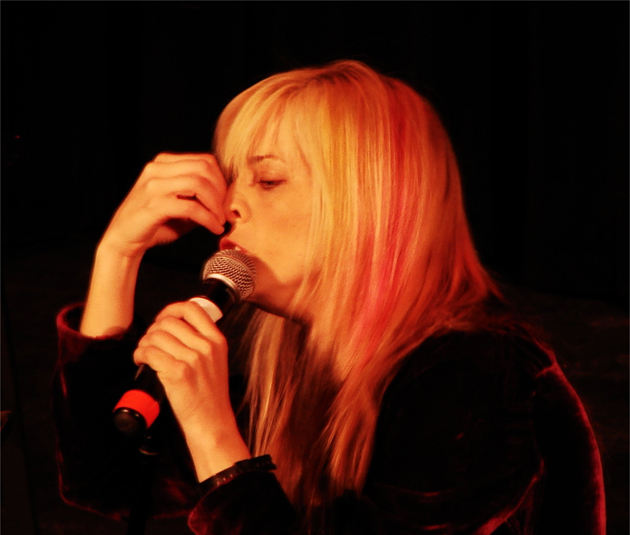 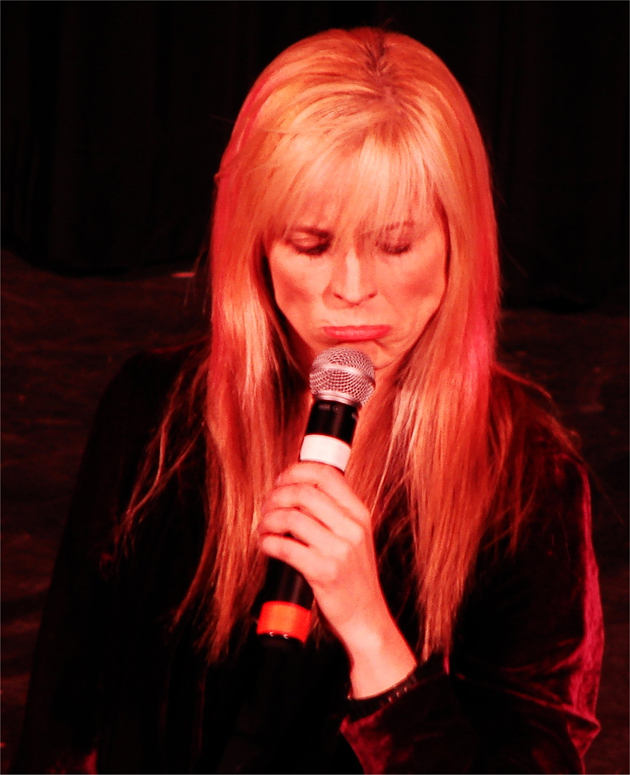 Before my evening with Maria Bamford, I really had not discovered who she was as a comedic artist; however, I had noticed the strange series of Target commercials, which I found most interesting and mildly hilarious, featuring Maria made-up like a middle-aged woman, working herself into shopping shape, while always wearing high heels. My wife, who also enjoyed the commercials, related to me that Maria was the Target Lady.

When I met with Maria after the show, I asked Maria about the series of commercials that exploded on the TV scene for about a week and then disappeared as abruptly as they appeared.

These pictures reminded me of the Target Lady: Above and below.     images by Stan Deatherage 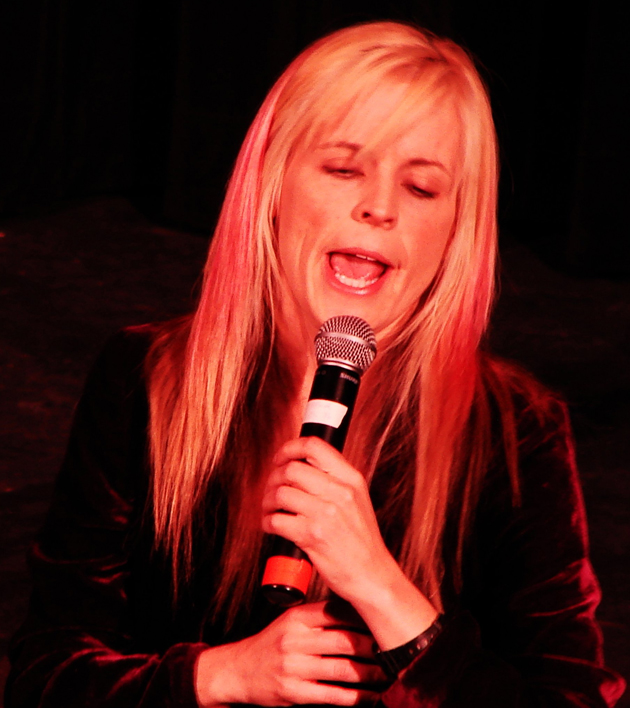