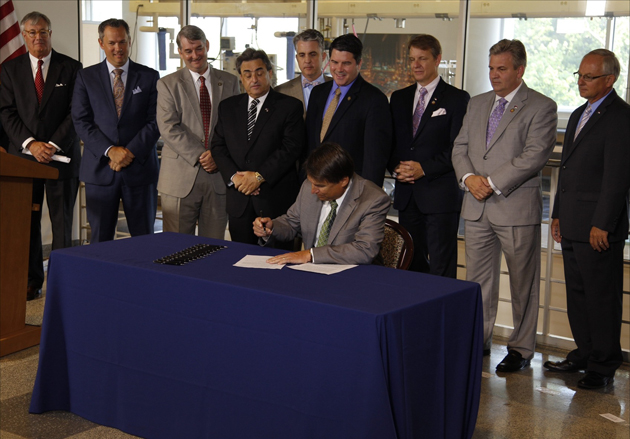 "We remain intensely focused on creating good jobs, particularly in our rural areas," said Governor McCrory. "We have watched and waited as other states moved forward with energy exploration, and it is finally our turn. This legislation will spur economic development at all levels of our economy, not just the energy sector."

According to a recent study by N.C. State's Dr. Michael Walden, there are many benefits of on-shore energy development in North Carolina, including:

•  Close to 500 jobs created from infrastructure development (over a seven-year build-up of facilities).

•  $80 million in new annual income created in North Carolina (over a seven-year build-up of facilities).

•  Close to 1,500 jobs created from production activities (over a 20-year recovery period).

•  Over $150 million in new annual income in North Carolina (over a 20-year recovery period).

"The expansion of our energy sector will not come at a cost to our precious environment. This legislation has the safeguards to protect the high quality of life we cherish," continued Governor McCrory.