Almost Famous | Beaufort County Now | Infrequent Screenwriter / Director Cameron Crowe made another indelible mark in this film about himself, and how he did, or may would have interacted with notable Rock 'n' Roll artists, who humorously struggle to become dysfunctional Rock 'n' Roll stars.

Infrequent Screenwriter / Director Cameron Crowe made another indelible mark in this film about himself, and how he did, or may have interacted with notable Rock 'n' Roll artists, who humorously 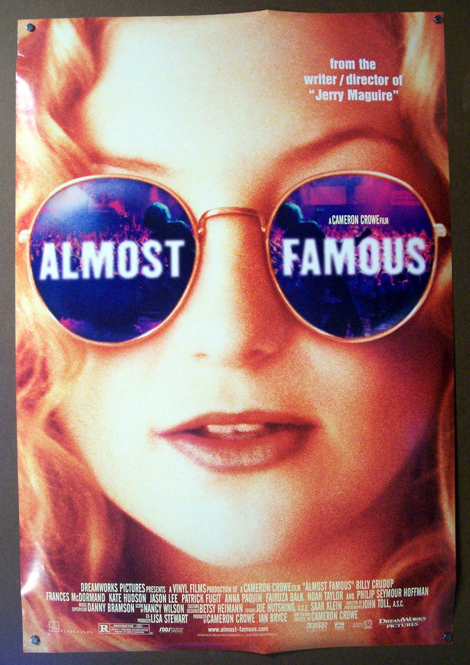 struggle to become dysfunctional Rock 'n' Roll stars. The film is all about the struggle, with the "Almost Famous" fictional Rock band, Stillwater, an allegorical construct of everyone in this film. Those among this eclectic group of divergent youths, who struggled against, and for freedom from an overindulgent, obsessive mother, a genre of music - Rock 'n' Roll - that was becoming jaded by its very success, Rock groupies seeking freedom but remaining subservient to that which they love and finally, musicians struggling for success, but falling prey to the reckless trappings of their irrepressible craft, which fooled no one - especially Elaine Miller.

Cameron Crowe's autobiographical protagonist, William Miller, played by the fresh-faced Patrick Fugit, was the 15-year-old-son of the aforementioned overindulgent, obsessively overbearing mother, Elaine Miller, played by the complete character-actor Frances McDormand. His near-fanatical mother provides the structure to raise her son to be smart, kind and functionally responsible, but she never factored in the zeitgeist that became post-Beatles rock 'n' roll. Neither did young William.

William Miller is a most intelligent adolescent, who found secret liberation from the overbearing nature of his mother in the 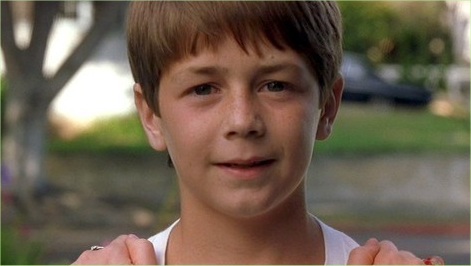 melodic strains of the best music, from one of the grandest eras of melody, in the history of the world. In other words, the wild ways of Rock set him free. And therefore, he learned to write about it - quite well, in fact.

Young William, played quite well by Michael Angarano (Ceremony),when he was a child actor, fell easily under the spell of his rebellious sister's music. When William's sister, Anita Miller, played by Zooey Deschanel, could no longer endure her mother's onerous persona, she gave him her stash of Led Zeppelin, The Who, Rolling Stones, Simon and Garfunkel, Bob Dylan, Cream, etc., and then "flew the coop" only to "fly the friendly skies" as a stewardess. 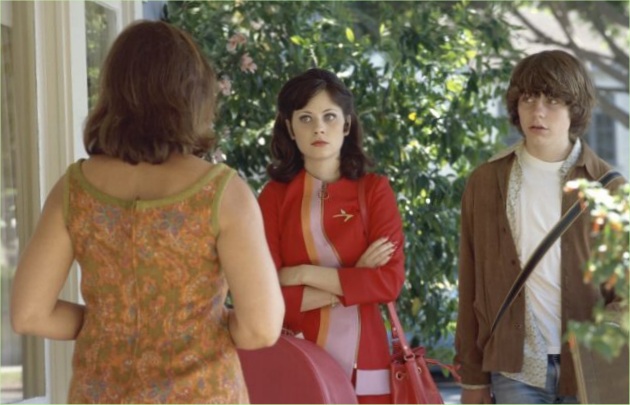 With cool, loving Sis gone, and her fine stash of 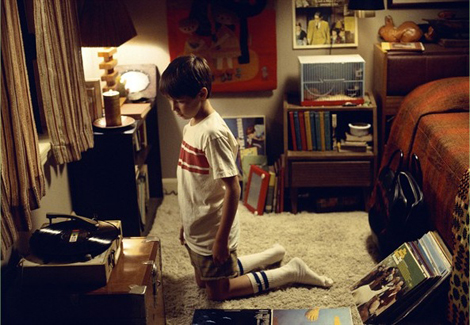 tunes secretly played on the phonograph, the boy's life is forever changed.

William loved the music and he loved to write. The perfect avenue of hope for any young man of such estimable skills is to chronicle the thing he loved most - Rock 'n' Roll, which he would do. He began with Cream Magazine, writing for Lester Bangs, played by Philip Seymour Hoffman, and as a young journalist with stars in his eyes, it was his job to get close to the band, get the story. Easier said than done, when the journalist in question looks more like a poof / groupie than a cool man of many words. William cannot gain the permission to be backstage for the interview: Too young, too wholesome, not a poof. 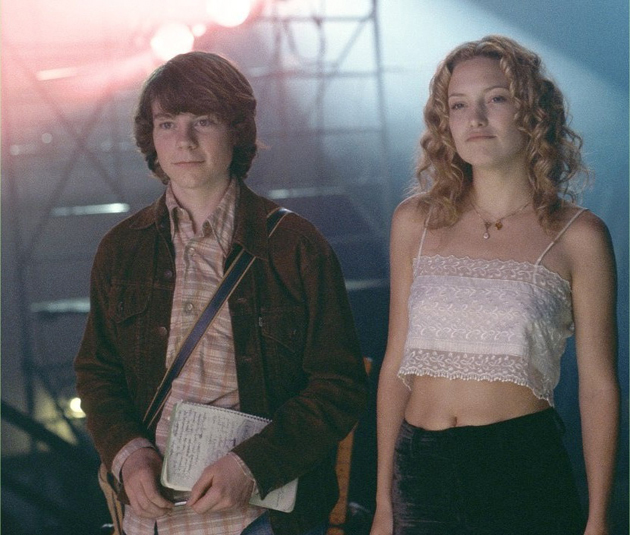 Enter Penny Lane, played by Kate Hudson, whose reputation precedes her backstage, but don't refer to her as a groupie. She's a "Band Aide," and she is legendary. Penny's charisma is notable and palpable, and the band members backstage can't get enough of her. Even the other groupies ( Band Aides, as they would prefer, with notable members played by Anna Paquin and Fairuza Balk) treat her as if she is a legendary goddess of Rock groupies. She may well be, because she gets William backstage, where he makes his pitch to the fictional Rock band, Stillwater, to do their story for Cream magazine. It works and the story is born - William's, Penny Lane's and Stillwater's. 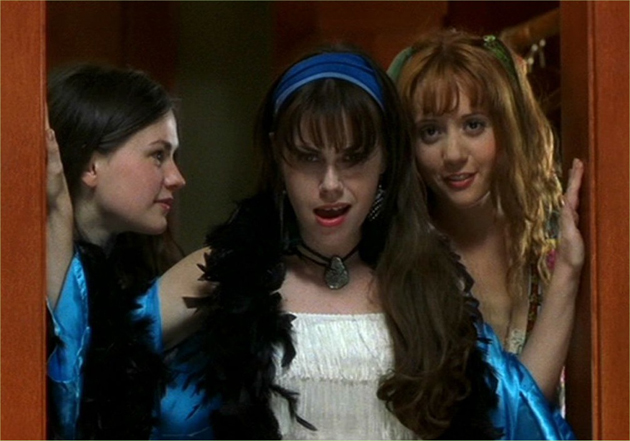 William's article on Stillwater catches the eye of the editors of Rolling Stone, and they hire the precocious high-school senior to follow the band on their "Almost Famous Tour" as they cross the nation in the Spring / Summer of 1973. Remarkably, William's overprotective mother allows her son the freedom to travel with the band, but with one condition, "Don't do drugs." 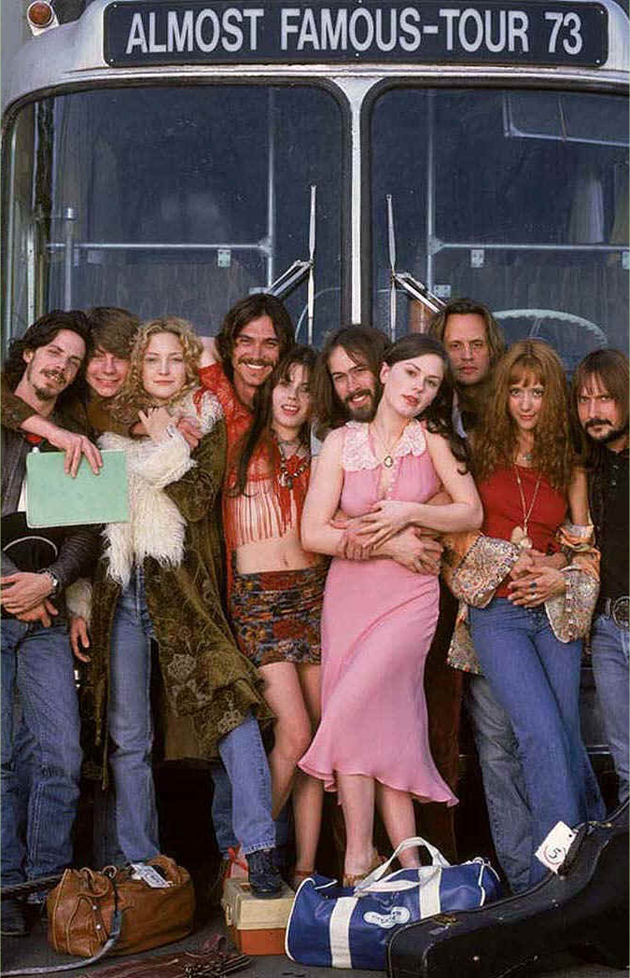 Not doing drugs was the least of his worries. Everything else around him was more transformational than narcotics: The lure of celebrity, seeing the country from a window seat in the "Almost Famous" tour bus, and making an early name for himself in the world of Rock 'n' Roll as a journalist in the bargain.
Go Back